How to transfer my BAT to new phone

I cannot verify my account on previous phone yet. So, i need a way to do that. Because i bought a new phone for myself.
Due to region not supported error

Am i wasting my time on brave rewards? Because my country is not in the selected once?
SmartyAadi October 1, 2022, 8:13pm 2

Because i bought a new phone for myself.
Due to region not supported error

Oh my god. srsly. a new phone for some 10 $ a month. Region unsupported error will only stop once Brave supports your region again. Till then you will have to wait patiently

Not due to that man. Due to region not support error I can’t withdraw my BAT to uphold account. So, I was asking about a way to transfer my Brave data to new device.

Umm, NO. You can’t transfer those BATs to your other device.

@Arkearn There’s no easy way to be able to transfer BAT over from phone. Unfortunately, nobody ever advises the results if they try. Let me share what I’vet old others in the past.

That said, the one slim bit of hope in moving it to a new device would be to have done a backup of your apps and app data from your device and then to restore it to your new device.

Examples of some of the options to be done are discussed at https://www.nextpit.com/how-to-backup-and-restore-app-data-with-or-without-root

The only thing is I can’t say if any of them work, as nobody has ever returned to say they tried it or if they had success.

On Desktop, it would be as simple as just moving your \brave-browser folder to a flash drive and then putting it on to your new Desktop. Unfortunately, Mobile is more complex and has no official way of doing this because the folders can’t be accessed due to OS settings.

My old phone is rooted and no plan of rooting my new samsung phone because one ui is best. BTW I will try everything

BTW I will try everything

Ok. I’ll hope you think to respond to advise if any of it works.

NOTE
Typically in the process, you have to make sure not to have installed and opened new Brave before copying over the old one. This is because if you open new one, especially if you start a new Rewards wallet, the encryption code will vary. So when doing this, try first bringing over app and app data from old device. If you do have to install on new one, just make sure not to open and start Rewards without moving data over first.

@Arkearn Did you only try the one method? I mean, it’s all kind of experimental obviously. I did reach out developers today just to see if they had any options for moving to a new device for Mobile. Their answer:

We don’t have a good solution on mobile. For BAT you’ll have to connect to Uphold or Gemini.

And of course, my response to them:

Which is the big problem for now, with many countries unsupported. We have a lot of people from Brazil, India, Germany, etc who are wanting to move to new devices but can’t seem to do so without losing everything. Doesn’t quite seem right. Appreciate the response anyway.

That’s kind of where it stands. It’s either find a successful thing that works or just have to set the device aside and then get the BAT off of it when your region becomes available again. (Even if everything is disabled on the phone, it works like a computer. So if you have wifi, you can still view ads and eventually link it to Gemini or Uphold.)

I was able to backup brave with root. Guess i have to wait for my region to get support.

With root you can backup Brave browser data. If you’re new device has root as well, you can move this data to it and restore.

Similar to backing up data on a desktop PC when reformatting PC and adding it back after the reformat to keep data.

There’s a number of good Android apps that can accomplish this such as “AppDash” and “Swift Backup”, among others.

I guess you have reading issue. Why will i root my new device in it’s warranty period? I already told i need a way to transfer data from non rooted to rooted device

There’s no way to transfer rewards between devices.
What they have suggested to you is the only way to restore a backed up instance.

I used to do the same on my old device with root. When i was switching ROM.

I can read fine, but there isn’t a way without root.

If you don’t want to share your BATS, you can buy a domain name, then add it to brave creators, then when your domain can be surfed with an index.html file, you will be able to add BATS for this creator (you).

Man it’s against rules my IP can be banned.

It’s like kinda legal, but there’s a pretty high chance of getting flagged

Which rules are saying you cannot add BATS to your channel ?

You can find more info about the rules at

Below is a list of commonly asked questions related to issues being a Brave Rewards Creator. If you still need assistance please reach out to the team at publishers@basicattentiontoken.org   When... 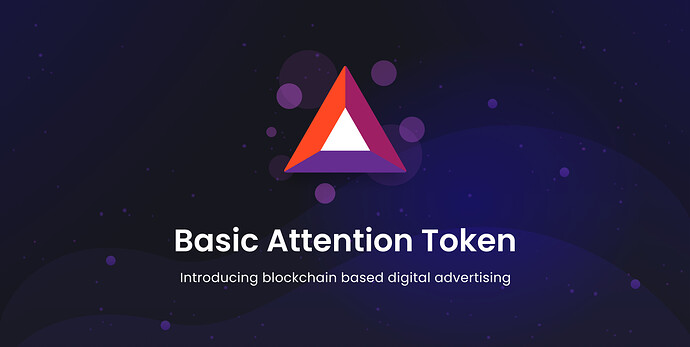 A new token to value user attention on the Internet.

As @SmartyAadi mentioned, it is kinda legal since the rules do not explicitly say self-tipping is not allowed. But it mentions fraudulent, suspicious, or inappropriate activity. Thus, their automatic system is able to detect that and suspend the creator account.