As I’ve seen some confusion in understanding Brave Ads Catalog Viewer, https://sampson.codes/brave/ads/my_region/ , I thought I’d post here to break things down a bit. I won’t describe EVERYTHING on the page but I will explain everything that is important for Users to know.

Based on screenshot above:

Unfortunately, it doesn’t show us how many times we’ve actually seen ads from the campaigns. So we don’t know if we’re at or near the limit.

I ignored Hosts, Campaign (ID), and Advertiser as we don’t generally need to worry about those. Also not talked about is how it shows us what the ads look like, so you can sample each ad if you want. That’s just because those things usually aren’t important to Users.

Bump. (didn’t want to let it close yet)

There’s also some extra information if you access the catalog directly: https://ads-static.brave.com/v9/catalog

Umm, perhaps so, but I wouldn’t say that one is helpful for the average person. It’s like, holy wall of text/code! 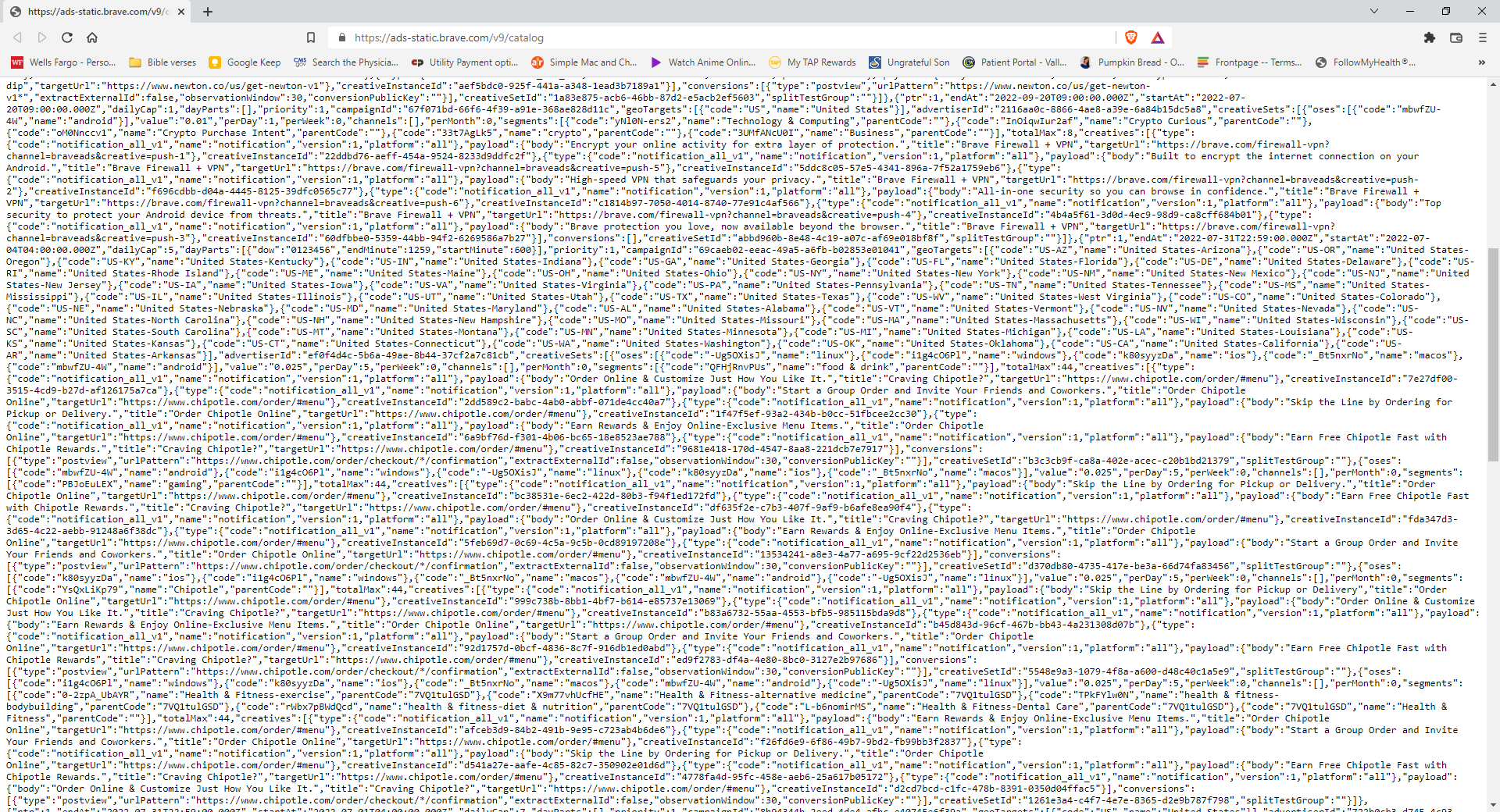 The response is on JSON format, so you’ll need some formatter.

There’s a nice chromium extension that mimics Firefox native JSON Viewer. I always use and recommend this one, so you’ll be able to open it in Brave: https://chrome.google.com/webstore/detail/json-viewer/efknglbfhoddmmfabeihlemgekhhnabb?hl=en

When looking at the catalog response, you may notice some interesting stuff like Daily Limits for example.

The Sampson’s Catalog Viewer only consider the perDay creativeSet parameter, but it gets overridden by dailyCap campaign parameter.

In the example below, the Catalog Viewer will display 4 but in reality we can only see 1 per day. 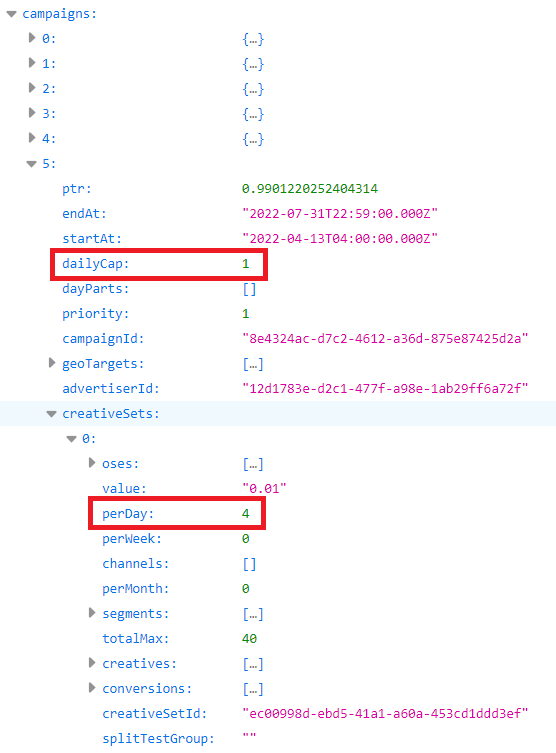 As I understand, dailyCap’s role is to globally limit the sum of creativeSets’s perDay values, but in practice, as we usually have only one creativeSet, it acts as a workaround to temporarily lower daily limits without changing core values.

Another important information is the campaign’s ptr.

It’s a number between 0 and 1 and it’s constantly changing.

When you trigger an ad and its campaign ptr is below 1, the browser will toss a random float number between 0 and 1 (pacing delivery), and you’ll only receive that ad if the result is below the ptr value.

The problem is when the ad doesn’t pass this “pacing delivery test” , the whole “basket” of ads will get discarded. Let’s say you’re eligible to 10 ads from different campaigns but one of them has a low ptr. If it didin’t pass the test no ads will be shown and that’s one of the main reasons why we’re not seeing any ads sometimes. (there’s also the piority mechanism to consider here, but it’s a different matter)