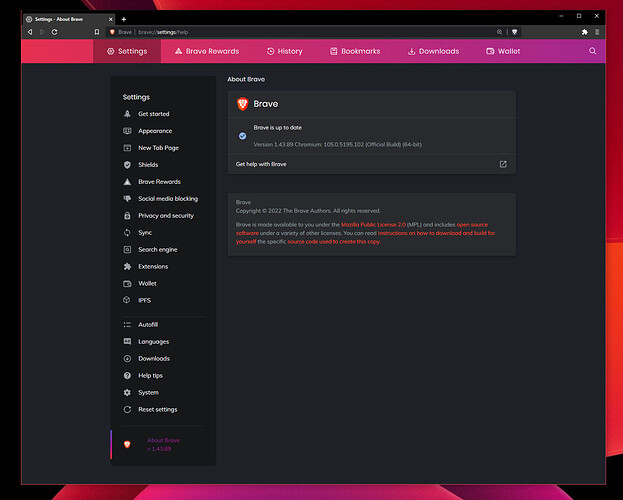 How can this issue be reproduced?
I have no idea.

Expected result:
Borders should be drawn for all four sides of the window like every other application.

Not sure what’s going on, but there’s a good chance it’s an issue in upstream Chromium – and hopefully one that’s already been fixed in that codebase.

Quick way to check might be to try a Nightly copy of Brave, assuming the Chromium version is significantly later than what’s in 1.43.89.

First of all thanks for the answer. 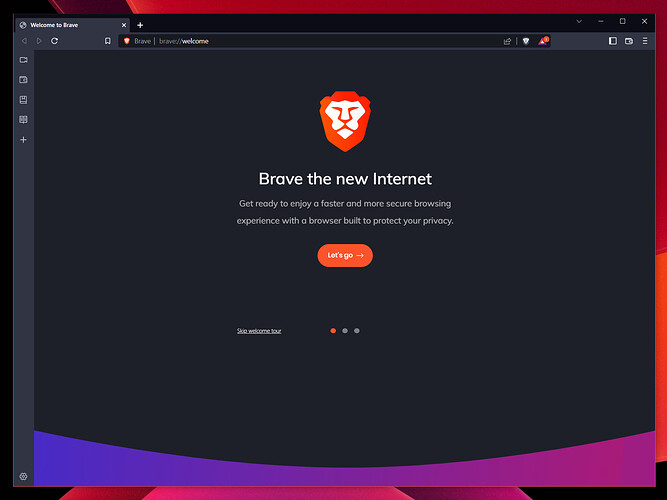 This up here is the latest Nightly build and, as can be seen, presents the same window upper border missing bug.

Yesterday I installed the Beta build: 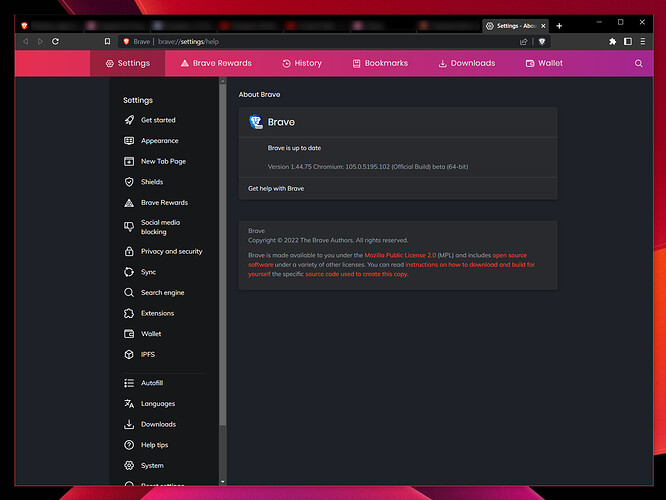 Now the beta also is missing the upper border.

I hope this can be resolved because is very annoying.

Just a quick question: I’m the only one using windows borders?