Text input is obstructed by suggestions in Brave for Android phone

In text input fields Brave is completely obstructing entered text with suggestions since 1 or 2 updates ago. Scrolling a little hides the suggestions but as soon as I start typing again the text box is hidden by suggestions once again. This is extremely frustrating, suggestions should appear either above or below the text box normally.

Isn’t that option specific to the address bar for urls and bookmarks?

The issue is with in-site forms, such as name/address and previously searched words on websites.

Do you have a screenshot of this happening. More helpful to see it visually

Here I typed “a” and it gets obstructed by suggestions: 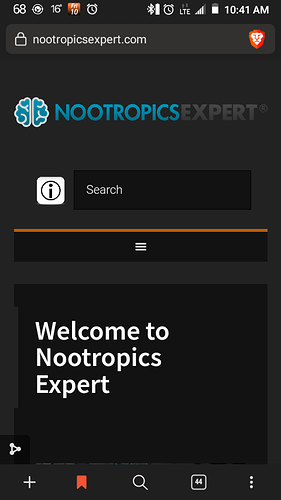 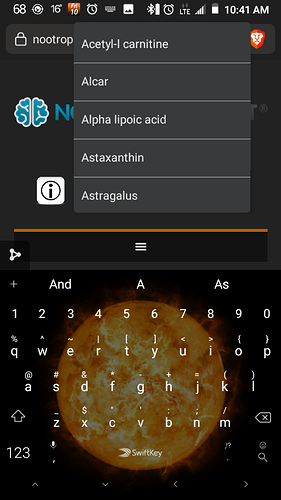 So you are tying in the search box and its showing up the suggestions and you want to disabled that is that correct?

No, the text box should stay visible with the suggestions appearing either above or below it, as was the correct behavior before 1 or 2 updates ago.

Here’s a screenshot of Chrome behaving correctly, same as Brave used to before the bug: 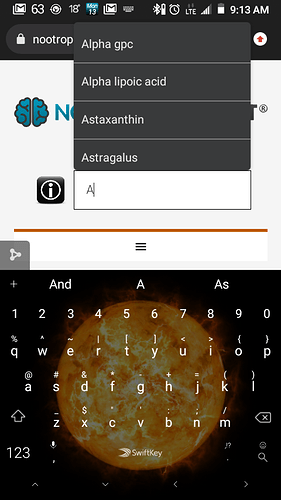 @Mattches can you try to repro this issue? I can’t seem to repro it on my devices.

@sriram yeah I can actually — just like @Nomnominous stated:

That being said, it appears to only happen on that site. I tested other sites such as Youtube, Wired, IGN, Kotaku, Github, and this Community and was not able to reproduce the issue.

It seems to happen on websites where the text box is not pinned at the top. Also for name/address/telephone/email fields.

It happens in the search box for https://www.canada.ca/en.html as well.

Also, you tested on nootropics.com, my first example was on nootropicsexpert.com, so you added an example site where the problem occurs.

@Nomnominous,
That was my mistake, I did search nootropicsexpert.com initially. I also checked on canada.ca/en.html and while it doesn’t block the input field, the autofill suggestions box does appear to be strangely spaced. Seeing as I can reproduce this I’ll go ahead and open an issue and leave the link here.