If you’re happy with the Brave Rewards program, I would like to hear about it to give me some hope that Brave is operating well in this regard for many (hopefully most) Brave users.

I would like to read some positive Brave Rewards testimonials here (I have my problems with Brave Rewards and could use some encouragement).

Thanks for the positive vibe testimonials here about Brave Rewards.

Probably feels like an answer in itself to have had no replies thus far, but that brings me to my initial point: most of the community space here is set up for people to come when things are not understood / going wrong / not working as they had anticipated etc. I would suggest that going to the Community’s Rewards page and not anticipating it to be 99% problems and issues would be like going to a hospital and not expecting to find it filled with people who are unwell.

But your question is very relevant, are there good news stories out there relating to the rewards? Yes. I for one although originally coming to Brave for other reasons have switched on the rewards, made some pocket money but more importantly started to think that it’s possible that those being fed adverts might actually be valued. I now have some money sitting there saying to me that if someone wants access to my attention they need to compensate me, in some way.

What’s also interesting is that I now see adverts that are more relevant to me and I don’t resent them as I know there is that small compensation. Occasionally I click on them too and then engage with the product being advertised. Did I do this before? No, as I felt the advert was using me, I was the commodity. I believe there is some evidence to support the fact that advertisers are getting a better return on their advertising costs, they certainly are in respect of me as previously they were shut out either through add-ons or simply my ability to ignore things on principle. I understand the argument that we need adverts both for the seeming free side of the internet and also because people with good ideas need to get good ideas out to people who may be interested, but I do not wish to be farmed, I do not wish to be a cash cow for your business and I do not wish you to profit by passing me on to some 3rd party. Brave and the reward system attempt to shift the balance and I more than welcome this.

For me Brave’s browser and rewards make me glad to be using the internet now. The route Brave has set itself, particularly in respect of the rewards program, is challenging and undoubtedly littered with detractors (many with vested interests whom I am quite sure will do their best to undermine Brave) but it is also a breath of fresh air that Brave is even trying to do this! I hope that with support from it’s users (I would love to see more ways to do that including a way of staking BAT to the project), and the continued hard work from those developing Brave, the aspirations Brave has will benefit users on all sides of it eco system.

Sorry for the long reply

Thank you for the thoughtful response … it’s food for thought for
me. Thank you, again.

I have only been in the space for a few months, and have really dipped my toes in a few different things and didn’t like it and pulled back out. Some other things I’ve experimented with and really found to be very helpful. I really do like this browser. I like being in control of the ads and I have found that I really don’t mind getting them whenever it is being incentivized with the BAT.

The ability to incorporate it into other websites as tips is also something that I think is a really good idea and is a good application of the community driven heart that I think cryptocurrency space has.

I had my first payout process perfectly and then had an issue with the last one, but I honestly just see that as part of the process that these guys are trying to work out by doing something that no other entity in their field has done before, at least to my knowledge.

So I give kudos to the development team for having a really great idea and having this space for people to be able to get issues worked out rather than just ignoring issues that exist. Every program and every company has challenges and hiccups as they grow. So far, I have had a good experience with it and see this group genuinely trying to make things better for us all to use.

i think most of the problems with the rewards will be going to solve when brave browser token which is BAT launch on solana blockchain
and the worst thing about brave rewards is the 4 device limit and the need of custodian (uphold(worst)/gemini(worst also)).
are the brave rewards dev’s on vacation XD

Your point of view is interesting. Me also, like to click on the ads and see what is on the other side. Not only out of curiosity, but also because it is fair to compensate the advertisers. So far so good.
But …
Many, or most, of the users have had troubles. Either they do not see the counter increasing when they get ads, or they do not see the counter increasing when they open new tabs, or they do not receive their BAT at the end of the month.
For each failure, it is a profit for Brave. The advertisers pay, but the users do not receive their part.
Brave says they distribute 70% of the profits. This is far from true when you check how many users never received part or fully their share.
Also, looks at the open tickets … most close after one month without any response from Brave.

So, sorry. But I do not share your optimism. I wonder if there is a single user who has ever received 100% of the rewards for the ads they viewed. For any single ad not received by a user, it is an ad that has been paid to Brave.

What kind of testimony do you want to hear? I see that the administration has recognized the problem and asks for patience! So let’s get it together and wait for the final decision.

I did for the first two months I was using it. This is the first time I have not, and they have responded to my support request. Small sample size but it is all I have to go on at this point.

I, like @justadude, until the current Uphold issue this month, have received payments every month without problem. Also, those payments have on most occasions been for an amount higher than the estimated earnings figure.

Also, the opening poster was asking for positive testimony, they were already aware that there are some who face issues. I wonder if it might be useful to bear that in mind on this thread.

seems like tempting fate but I’ll bite I’ve been receiving rewards (ads and tips) to uphold since around april last year without any issues. I got my ad rewards this month on the 8th.

I click on every ad I receive but my Brave wallet balance remains the same. I’m not having a positive experience at all.

The terms of use for Brave Rewards clearly state what you can get banned for.
But I don’t use a VPN and my wallets were flagged anyway. One question. WHY?
I have not violated a single point of your conditions, but my wallet is still flaged.
And there are thousands, if not tens of thousands of such users, but I’m interested in something else, did Brave return the money to advertisers or did they take our earned tokens for themselves?

those are my thoughts exactly there is no clarity around the reward. i don’t use multiple devices, I don’t use a VPN, and yet still flagged. Deposits not going into Gemini, so idk. Its just dismissive honestly. How are normal users flagged for getting the ads that brave provides I don’t understand how you could game the system if brave provides it. It just doesn’t make any sense

I have been using Brave Rewards for almost two years and it has been excellent, every 7th of the month I received my payments in Uphold without problems, really very pleased.
But I don’t know what’s going on, since November 2021 no more ads are coming and the ones that are placed on the home tab, I activate them but they don’t add up to earnings. It has been frustrating to notice that many users have the same problem but I have not found or read any official response. I hope someone can give us all an answer as to what is going on.

Nobody will answer.
For them, everything is in order and there are no problems. 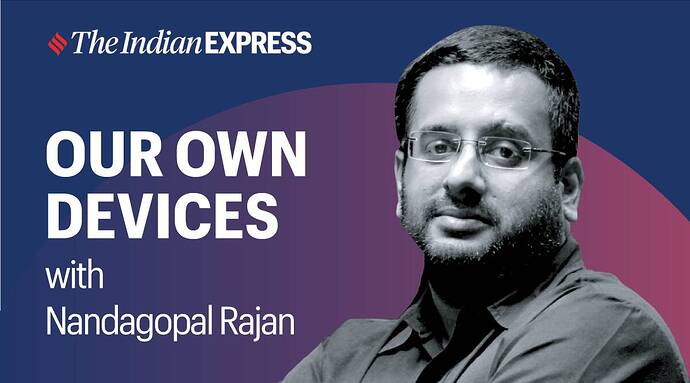 Why and how to escape tracking by web browsers

In this episode of our tech podcast, host Nandagopal Rajan is joined by Jon Von Tetzchner, the co-founder and the CEO of Vivaldi, a cross-platform web browser, to discuss how browsers track user activity on Internet and sell them. The duo also...