If I want to use google’s products I would not use brave but chrome.

Btw…why but why I can’t import and export bookmarks on sd ?

**Expected result: is to easily and user friendly install extensions without chrome store.

where are you getting the extensions from?

if you mean you are downloading the Zip from Github or something, you have to unzip the file and click “load unpacked” and point it out to the folder you extracted the files where the manifest is, then the browser will handle it fine and for example ID of the extension would be made by the local folder path in your drive.

The question is where are you getting crx from? you HAVE to get them from Chrome store, there is no other way around, crx has to be valid and signed and all that, like you can’t install crx from Opera extension store because the header will not be compatible.
You can use a site like https://crxextractor.com/ which means you just avoid going to Chrome store if you can get the url/id of the extension. But when you drag and drop the crx to Brave, it will be installed like if you did it from Chrome Store, so updates will be done through Chrome web store, which Brave proxies, which means Google will not know it was you updating the extension.

If you try to install a non chrome web store crx it will not work, it will complain about not being signed or whatever.

You can also read something like this https://ungoogled-software.github.io/ungoogled-chromium-wiki/faq to know how to get extensions in other alternatives but if it is a crx it will have to be from Chrome Web Store.

So, if you want to avoid Chrome Web Store, you have to use the Zip version, which means, you have to keep downloading them and then unzipping them in the same folder to manually update them.

Thank you for your kind reply! 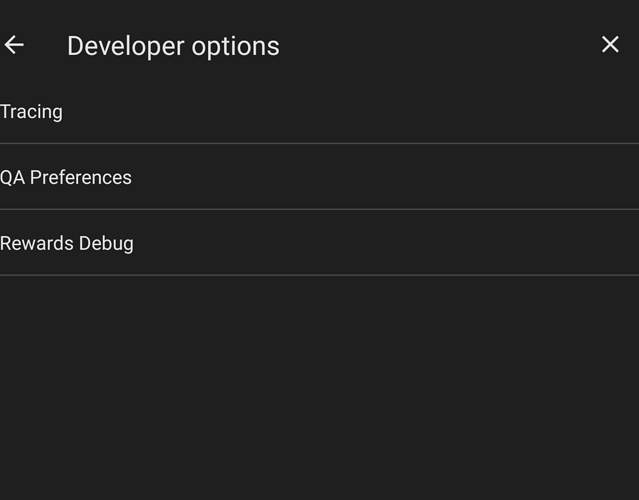 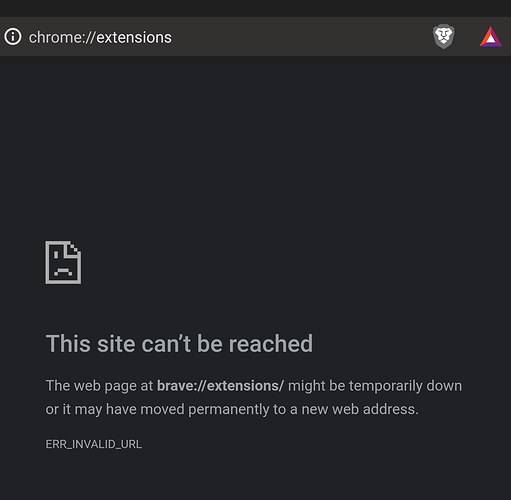 Oh, there are no extension support for Android, they said it was too much work for the small team Brave has so they might do it later, but who knows.

I don’t know many browsers that have extension support, the only ones I can think of are Kiwi and Yandex, when I tested Kiwi with uBlock origins the experience was okay but eventually the sites would bug and they would only work if I reset the extension, Yandex is the only one that seemed to do the better work with extensions, but it was hard to install, like you had to do what you are trying to do: go to browser://extensions and load unpacked and point to the manifest in an unzipped folder in my android phone.
My guess is that Brave wants to implement extensions better than what Kiwi does, taking into consideration security and performance and efficiency of desktop extensions in mobile phones, and not just do it because they can which might break and make the browser be a security risk, so I guess that’s why it is a big chore for such small team.

But yeah Brave on android doesn’t support extensions at all or the samsung browser extensions API thing (which Yandex also seems to support), so you technically are at the mercy of what Brave team implements. I mean, thinking how adblockers is the main reason why people want extensions support on android, then we have a native adblocker in Brave which is okay in Android, it even supports cosmetics which they had to implement natively because before it was using extension API. So, they did the job to support cosmetics without extensions support.

Maybe someday they will implement it, but with all the mess about Manifestv3 that will affect adblockers like adguard or uBlock and few other extensions like dark reader being the only ones relevant to use on a phone, I see why Brendan Eich decided to delay the implementation or never do it in the future unless Chromium does it natively, which would be nice but maybe Google doesn’t want to do it because too much work for people to be able to block ads in Chrome or whatever.

If you want Extension’s support, I would recommend Yandex, but if not, Brave is fine enough on android even without extensions support.

Thank you very much, you saved me hours of reading and also did alot for my mental health

Brave do great job with adblocking.

All this is so I could instal NoScript or uMatrix.

I’ve used NoScript on Firefox for years and maybe the only reason I’ll return to Firefox (for now).

I’ll give try to Yandex…why not.

Yeah, it was all about the cost and effort to implement it, they even had a prototype running extensions https://twitter.com/BrendanEich/status/1458311986370924547 so it sucks they couldn’t implement them.

I don’t know how Yandex does it, or Kiwi, although in my experience Kiwi uBlock always bugged out and then sites didn’t render properly.

I think noscript and uMatrix functionality can be done through custom adblocker rules in Brave but I know writing custom rules to block or whitelists scripts especially on mobile is really not an easy task (since you can’t even easily see which scripts are running in a page). Would be nice if Brave team brought something that could do what noScript and uMatrix does even if it means dynamically write and/or remove normal custom filter rules. But I guess is too much to ask, so I understand wanting to use extensions.

You should definitely try Kiwi and Yandex and see which one works better with extensions for your needs.