Brave opens shortcuts in "new windows" now, it use to open in "new tabs"

The shortcuts were created from the “more tools” menu, “created shortcut”. 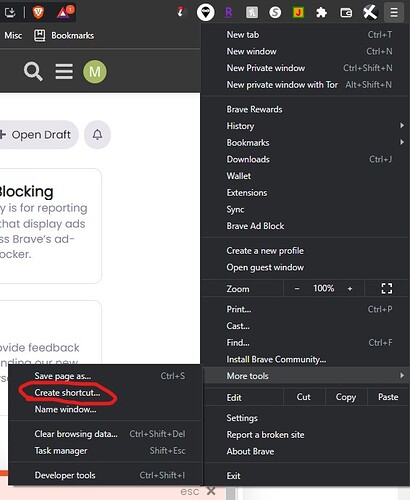 The change from new tab to new window happened a few months ago. I have looked everywhere for a setting that was changed without any luck. Any help would be greatly appreciated.

No, I left it unchecked.

I have tried recreating the shortcuts and they new ones do the same thing.

Okay, so it has something do with my dual monitor setup. Today I realized if my brave window is on my main display the shortcut opens in the already open brave window as a new tab. And if switch my main display to the second monitor then the shortcut opens correctly in a new tab when the brave window is located on that monitor. I tried switching the display port cables with one another without an change. Somehow the graphics card knows which monitor is which. The graphics card is a 4 display port AMD W7100. 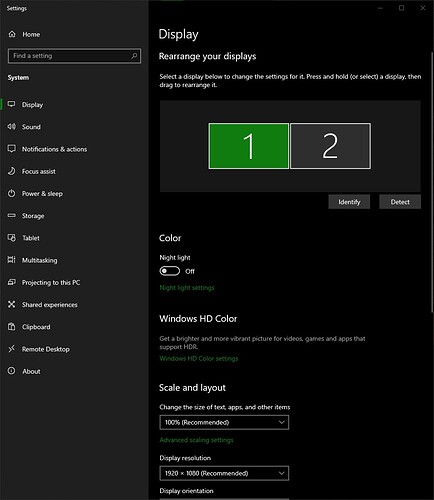 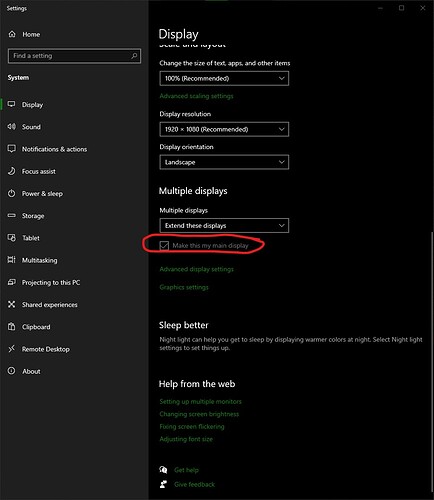 I downloaded chrome this morning and chrome does the exact same thing as brave. I guess it is to be expected seeing brave is built on chromium. I also downloaded and tried it on firefox and it works correctly on both monitors but firefox uses .URL shortcuts and brave uses .INK shortcuts.

One other thing to note. When brave is the default browser it opens the .URL shortcuts as it should in a new tab of the already open brave window no matter which monitor the brave window is on.