Hi, i have an issue on the browser.

Let me explain. Past month i collected 14.4 BAT and i have receive the earning in Uphold since i have a verified wallet sync to my Browser, that´s okey but.

This month the earning counter didn´t reset to Zero like before, actually it says i have earned 16.7 BAT on this month, but i know thats not true since i have only earned 2.3 in this week.

I know that is not the big stuff because anyway i have received my BAT for May-June but it´s quite a bug because it´s happening in Windows and Linux at the same time.

I have my machine in dual boot, both systems have Brave install on the latest version and both instances of it are showing the same bug on the same wallet.

I also have to say that since i have uphold sync it never appear the claim button at the end of the month, but i think it´s normal since the payout it´s made to uphold directly. 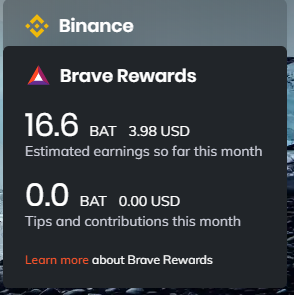 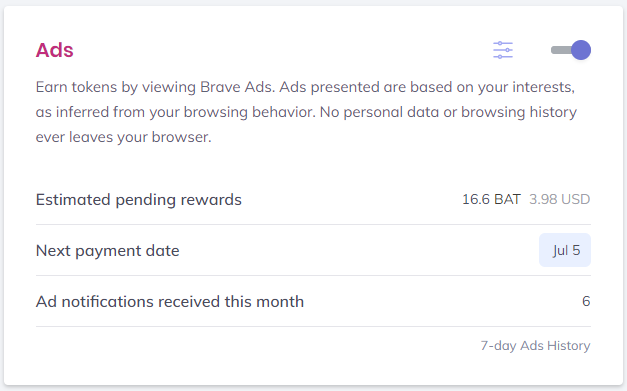 It’s OK @ambrocioisaias2808. Nothing to worry about. It’ll adjust itself in coming day/s.

okey, thanks for your response