Sync not working because «Not signed in»

I have three devices in a sync chain: my desktop computer running Linux Mint, my Android smartphone, and my Android tablet.

While the smartphone and the tablet are able to «see» each other and list the opened tabs on the other device, the desktop does not: although it lists the two devices in the sync chain, it always tells that there are no tabs opened in them, while this is not true.

I checked the page brave://sync-internals/, and it says that the “Transport state” is “disabled” because it is «not logged in»: 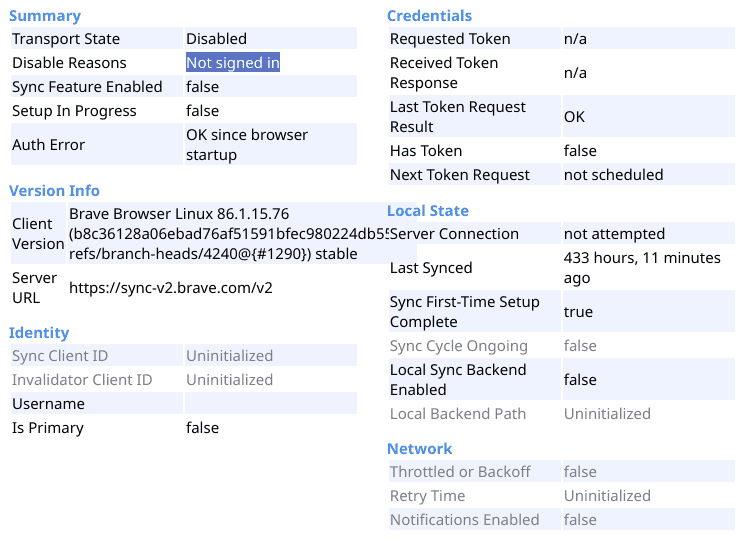 The «Last synced» row says 433 hours, which corresponds roughly to when I installed Brave on my desktop (Oct 6).

I have searched this forum and Google for a way to «log in», but I have been able to find nothing.

Don’t know if it’s relevant, but all the radio buttons in the «Sync settings page» are off: 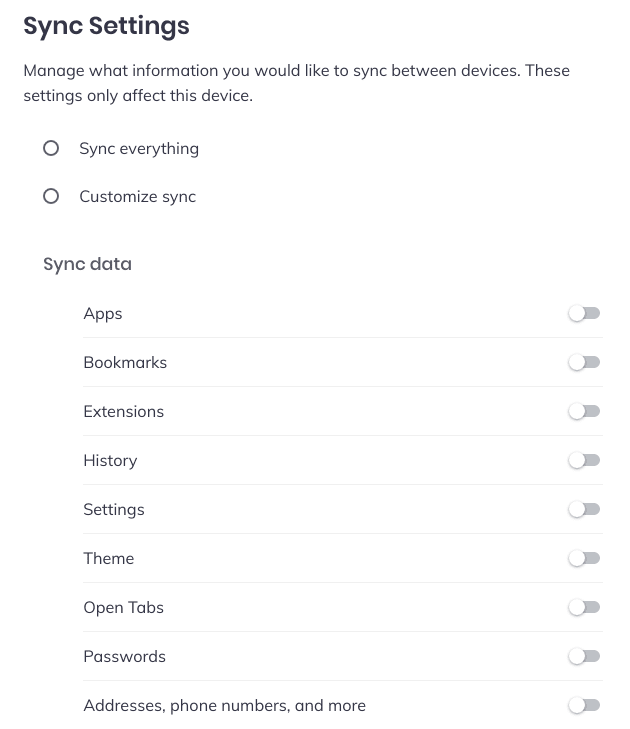 If I click on «Sync everything», the button turns on, but when I leave the page and reopen it, the radio buttons are still all turned off.

My desktop should show the tabs opened on the two other synced devices, and the sync-internals page should show that the sync features is active.

Operating System and Brave Version(See the About Brave page in the main menu):