Well, as we know, when there are too many tabs in Brave (or almost any Chromium fork AFAIK) , the tabs become microscopic to the point that even trying to close a tab sometimes is an annoying task. Because of that the ideal scenario would be that the tabs were scrollable as they are on mobile versions of both Brave/Chrome, or how they are implemented on Firefox (desktop).

Currently, and as a workaround, I have tested (on Brave Version 0.65.121 (Windows, 64-bit)) adding the --force-stacked-tab-strip-layout (as for what is indicated on chrome_switches.cc on chromium codebase located on Google Git) command-line parameter to the launch shortcut and it seems to work as intended (or, well, sort of…):

In this example I opened 18 tabs, and although there are only a few ones displayed at center, the other ones are “stacked” on each end. 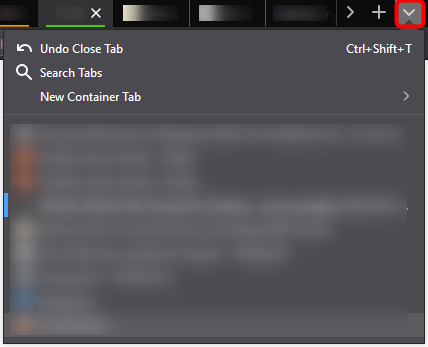 to see the opened tabs and/or the arrow besides the “+” to scroll through the tabs, I think that it would be great.