Claim Button not showing for almost the third consecutive month

I have had around 8.25 BAT up until March '22. Had made around 6 BAT the following month(ie. April '22) and 4 BATs each the next two months(ie. May & June '22(although june payments are only being handed out now, I’m pretty sure that the claim button would not be shown this time as well))

So that’s around a lose of 14 BATs already. I’ve found a April’s and June’s ss lying around, but not May’s unfortunately. 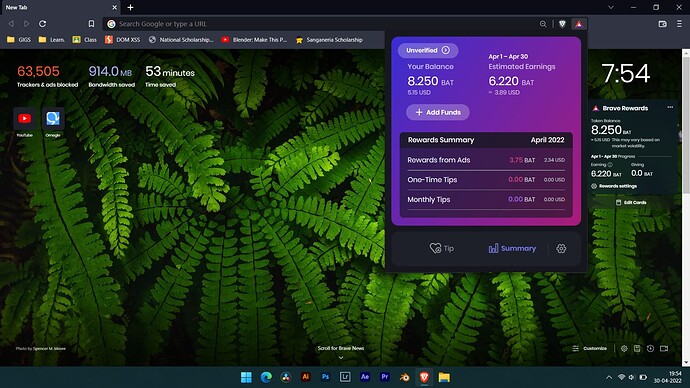 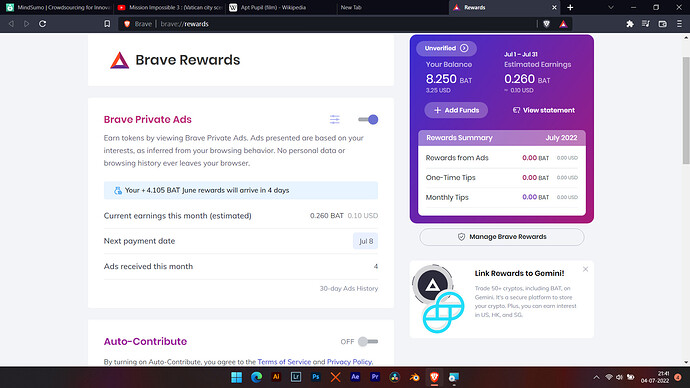 Another trouble is that the 8.25 BAT I already have, I tried to secure as a bare minimum was also withheld due to troubles in connection to the uphold wallet. The problem being the uphold wallet it was connected to in Nov '21 has been inaccessible ever since, and now an alternate Uphold ID wouldn’t seem to connect with the same device, although my device had been removed from it way before. So that’s two trouble finding me in a dead end of having to clear all the data, and to start afresh.

While the BAT claims in my android is totally well and could be connected to a fresh new Uphold account, but not my in my laptop, no.

Posting this thread as the last straw, in hopes of finding a solution to the same.

I could also DM the support person my brave://rewards-internals/ details including Wallet ID and such. Not posting it in public in concern of my privacy.

Any help on this would be very much appreciated. Thanks :')

@moderators Please look into this problem, many people seem to be facing this and the way to surpass seems like to clear all the data and the BATs recieved. Might as well do that if the problem is not resolved. Thanks : )