Brave no longer runs in background

Brave isn’t running in background despite being selected to do so at brave://settings/system. Closing Brave seems to exit all instances of Brave. In addition, the icon/symbol I used to see for Brave in the system tray no longer populates.

I used to see Brave listed here, which now it doesn’t show at any time. Not sure why it’s stopped. 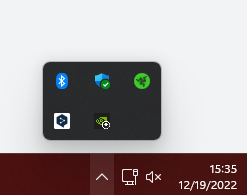 And looking in Task Manager, nothing shows up for Brave. 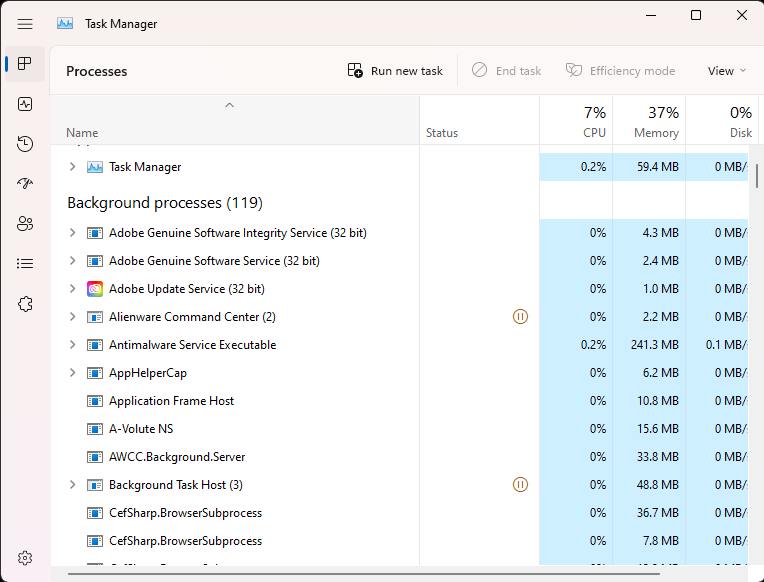 I’m pretty sure I used to see things running for Brave in both places before. In fact, I’m 100% certain it used to show at least the Brave icon on the system tray as it was running in the background.

Any ideas if there’s an additional toggle somewhere, if it no longer works in background, or if this was somehow revamped to continue running but not be seen/recognized by the system?

Also to rule out, it’s not that it’s hidden from Windows settings. In fact, Brave isn’t even showing as an option to be able to appear there anymore. 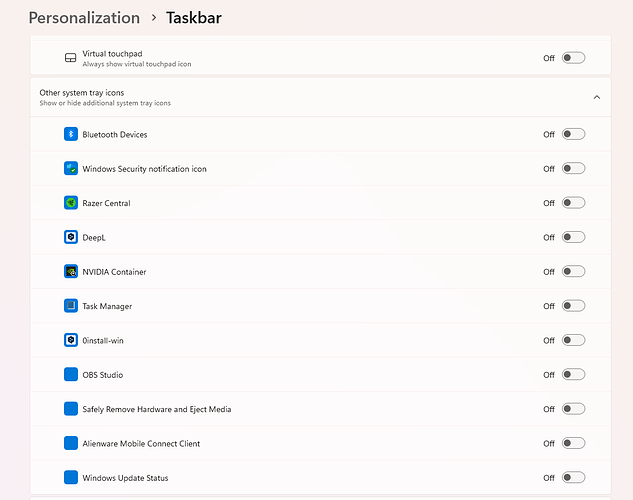 (wondering how long it’s been like this, but wanting to say been pretty recent…)

This feature is not meant to work like that. The only time I saw it in action was when certain extensions were installed, then the tray icon will indicate you it is running in the background when you try to close it.
I saw it like two years ago, so I don’t remember which extension, but as you can see it says “background apps” not the browser by itself.

Edge recently added a Startup Boost feature, which opens some of the Edge in the background when you ‘log in’ to your account/system, so it doesn’t have to start from zero, so it is faster. That would be closer to what you seem to want, so it means Brave or Chromium has to add it like Microsoft did, but seems like a useless feature since it takes a second to open the browser too.
I mean, Edge supports many features like that, which might seem ‘cool’ for sure, but Brave vs Edge, I would take Brave anyday.

Sorry, one last addendum. It could be it’s just running different things under CefSharp.BrowserSubprocess now but in past used to see Brave. If nothing else, the Brave Updater process.

Seeing these differences, figured I’d put the topic just for some clarification and to get it addressed if I am right about there being an issue.

Yep, you hit the nail on the head with that one. Forgot I had disabled extensions the other day. So activating an extension then made it appear on the System Tray.

And once it’s there on the System Tray, you get this:

So there’s where Let Brave run in the background becomes a thing and continues running. So I guess the trick is needing an extension or two. In this case, seems to be referencing ibotta.

Yeah I only have seen this twice in years, but I guess it is like when Extensions were trying to be more like apps so Google ended up allowing this.
Seems like Startup Boost is different from this in some ways

But seems like there are differences since I don’t think Edge feature will let ‘apps’ or extensions to run in the background like this feature does specifically does.

But reading about it, seems like all an extension needs is a background permission and a background.js script.

Background:
Makes Chrome start up early and shut down late, so that extensions can have a longer life.
When any installed extension has “background” permission, Chrome runs (invisibly) as soon as the user logs into their computer—before the user launches Chrome. The “background” permission also makes Chrome continue running (even after its last window is closed) until the user explicitly quits Chrome.
https://developer.chrome.com/docs/extensions/mv3/declare_permissions/

I also found an extension on github to check the code used to trigger the background feature in simple ways: https://github.com/sblask/webextension-do-not-close-browser-with-last-tab

And there are many ‘run background’ extensions just meant for this feature to be available in the Extension Store if anyone needs that:

nothing more, just for running in background

Keep your browser open in the background for faster re-opening

Run Chrome in the background continuously.