I have screenshot of PC reward before payment : 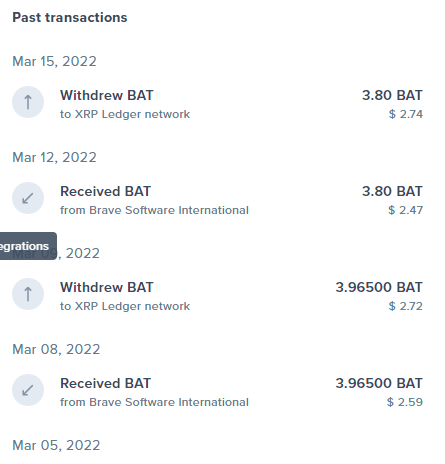 On Mar 08 : I received Bonus of late payment fee of January.
On Mar 12 : That’s Creator Payout

In previous month i received Andoird reward on time. But received PC reward late. But this time i didn’t received from any device.

February month Reward
What do you think guys we will get out Full Reward of this month? Or half will be carry forward to next month?
Feb/march rewards not payed to gemini wallet
mnarshi March 19, 2022, 4:54am #2

Any staff to Support on this issue ??

The Wait is Long.
My Dream of BAT does not end. 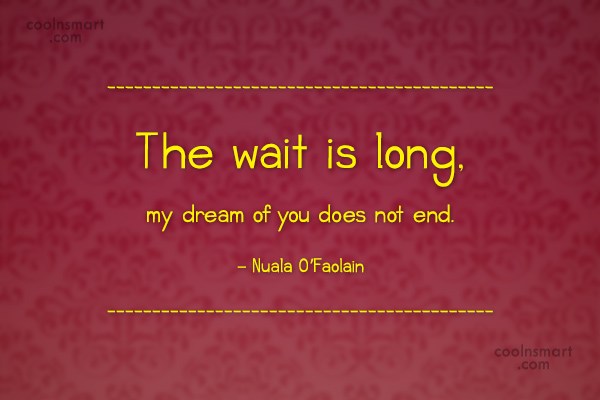 For both payout differently. Hope you look at it and help me soon.

I Still not received any reward. 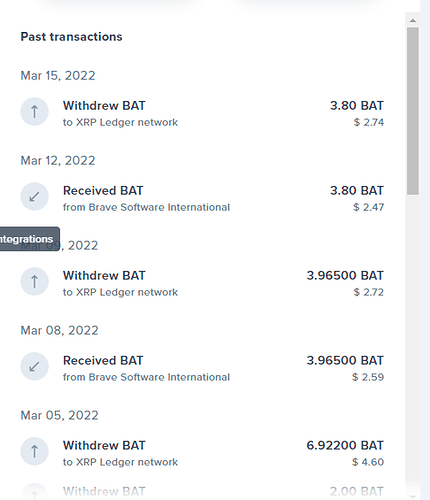 @mnarshi Any BAT you did not receive in the March payout rolled over and will be paid in the April payout. You will need to wait for April payout processing. There isn’t anything that can be done.

Edit: Tagging the moderators and submitting the request form were other actions that you already performed. You could send a DM with your wallet payment ids for each device and a link to this post. That is about the only additional action you can take.

Also, the payment you indicated as a “Bonus” was probably a payout + bonus transaction. So, you had a 1.4 (or 2.2 total) payout and they doubled it, which seems to be the norm, your payout would be around the amount you received. Anything unreconciled would have rolled over.

Received 1.44 BAT of PC on 4th April. (Earning of February which had to be deposited on 7th March. I received it on 4th April. Almost 28 Days.)

Still waiting for 0.8 BAT of February reward to be deposited in my Uphold. (Days still counting)

Yay! Received this month reward of android and pc on time. still not received 0.8 BAT of february. but i am happy as i also got bonus on march.
Marking this thread as solution.

Hope Brave transfers rewards on time every month.
I am happy BRAVE TEAM.