I would like to be able to mark favorite some of the pictures and block others. When I first installed Brave this horrible picture of Jelly Fish showed up. Very scary. I would pay to keep the nice picture of Kyoto temple.

@Mattches How has it been over 3 months and there is no update on this feature?

How has it been over 3 months and there is no update on this feature?

No reply, outstanding a simple feature isn’t even on Brave.

They have to prioritize their resources I guess… 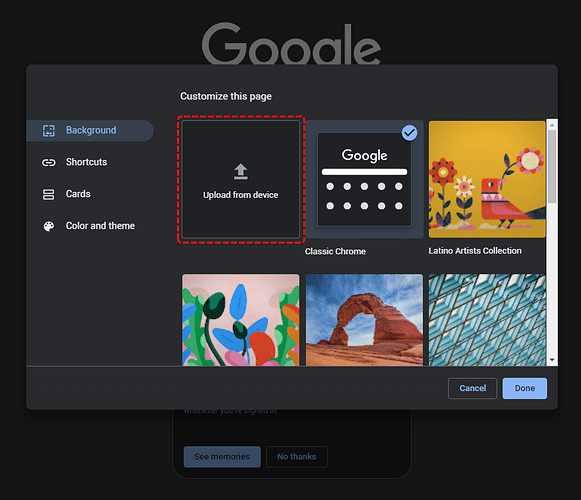 @Mattches Do u have an expected date when it’ll release?

Expected date of v1.37.x is to go live is 29th March- https://github.com/brave/brave-browser/wiki/Brave-Release-Schedule

Is it also for solid colours and Gradients or is that coming in a separate release?

That isn’t done yet so will come in a separate release. Could be in v1.38.x (April end) or after.

Great! So, my question now is, when is it coming to Android (upload custom backgrounds or at least the ability to pin one of the backgrounds so it does not change, preferably the former) ?

Currently it is in Beta (v1.37.x) that has 29th March as expected date to go live. On play store it can take up to a week after that.