In Windows, when click on the eye icon to reveal password, it’s required to enter Windows PIN/password to continue. But in Linux, there’s nothing like that, just click on the eye and the password is revealed. Is there any built-in protection layer that I missed or it really works like that? I use Brave on Arch.

@xversion1,
Thank you for reaching out to us. Do you know if you’re using gnome or KDE?

I use KDE. Not sure if it helps but I tried Chrome on Linux Mint Cinnamon and it works the same.

Chrome on Linux Mint Cinnamon and it works the same.

Works the same as what you’re seeing now, or are you saying it is parity with the Windows behavior?

@xversion1,
I’m also curious, can you confirm that you have to enter your system password when you login to your machine?

Yes
It is a Windows thing and only for Edge 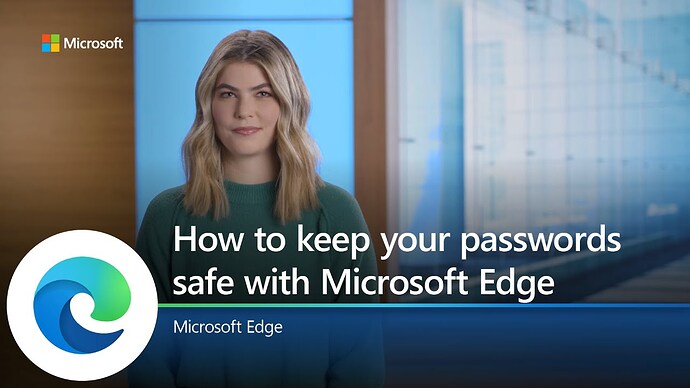 Join Mackenzie Teutsch, Product Marketing Manager, as she talks about all the password offerings in Microsoft Edge that help keep your organization secure. Learn more on Docs! https://aka.ms/MicrosoftEdgeDocs Subscribe to the Microsoft Edge... 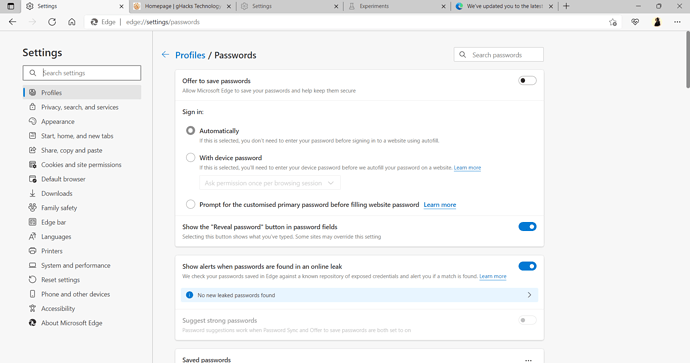 There is already a issue opened for it

As discussed in Brave community ([73627](https://community.brave.com/t/when-will…-there-be-a-master-password/73627) and [127332](https://community.brave.com/t/why-is-there-no-master-password-feature/127332)), I would like to request a master password feature for the desktop versions (similar to Firefox). Master password is a very important feature for a privacy focused browser, and it is very important to separate it from the operating system password as it can be hacked easily if the OS disk is not encrypted which is the case for most users. This is also an important factor in protection of the saved information (such as payment methods and passwords) as well as the accounts that are logged and remembered by sites. I can see that this feature exists in iOS (although it is limited to a 6 digits passcode) so it is only makes sense to add it to the desktop versions as well (but with the ability to use a much more complicated password).

Yes, I do have to enter system password, both Arch and Mint.

I can try on my Linux (Fedora) system later. But I have the feeling this might be due to something not being provided by the operating system. For example, on my Fedora system if I sign in using biometrics then I get warnings about Brave not being able to access my keyring; this is because the keyring (it’s gnome-keyring or Seahorse) is not unlocked by biometrics, even though the computer is. (Only if the initial sign-in is done by password, does the keyring get unlocked.)

This isn’t the exact same problem you are having but they are very likely related.

On Windows you have DPAPI providing this facility, and of course on macOS you have the Apple Keychain.

Sounds resonable. I suspect it’s related to something called keyting too (I’m not a tech-savvy, don’t know much about these things) because some times when I install new apps, few of them always require me to setup new keyring or enter keyring password, something like that. It doesn’t happen too often so I don’t pay much attention.

Yes, this feature is available in pretty much all other OS — I do believe that this is a limitation of the OS as @JimB1 mentions. Either that, or the system keychain is running, but isn’t/doesn’t prompting you to input it every time, once unlocked, if that makes sense.

Will dig further into this.