You’ve designated X.X BAT for creators who haven’t yet signed up to receive contributions. Your browser will keep trying to contribute until they verify, or until 90 days have passed 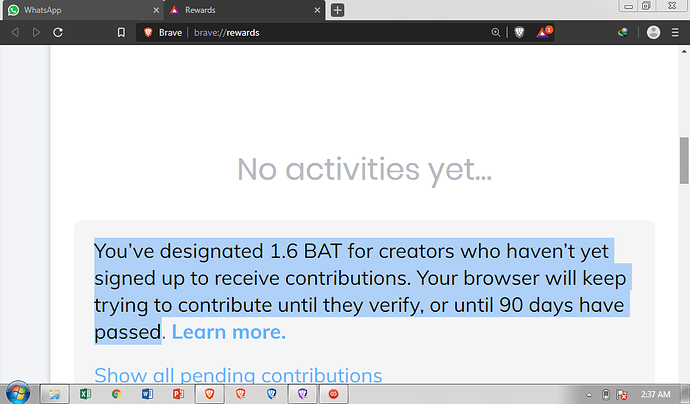 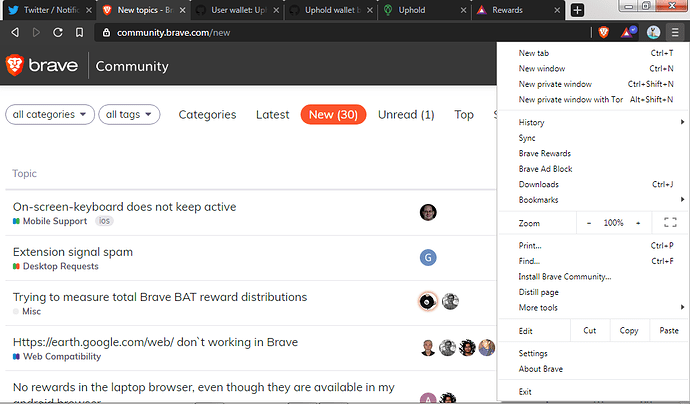 whoelse has noticed the install brave community as a Brave Menu option Whenever community.brave.com is opened. This is a PWA thing and it is freaking cool. Tested it with a couple of PWA sites I know. @iznai Try it out. example is lara.ng 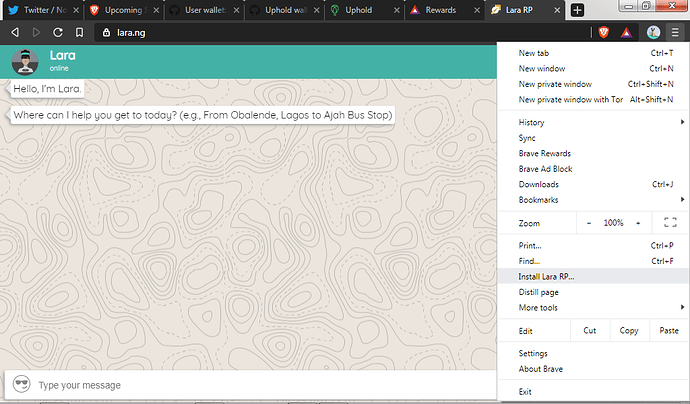 That is a great feature… I would definitely try it out. 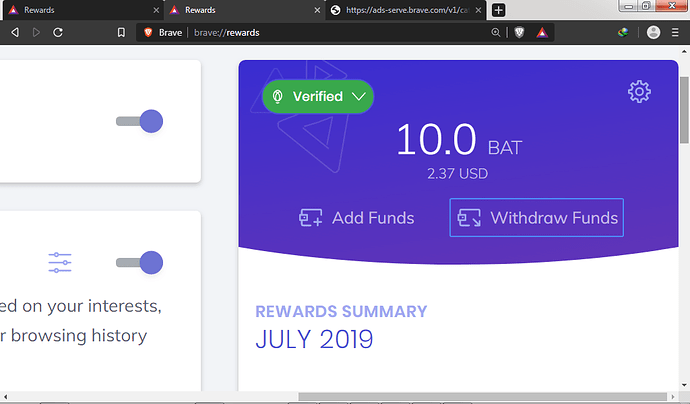 you can now verify your browser wallet and there is a withdraw function but it isnt working yet. @asad @mattches and everyone working at Brave Great work

@Dgenies,
Did you have to enable any flags or change any settings in order to have that menu option?

No Flags were enabled. everything is default. 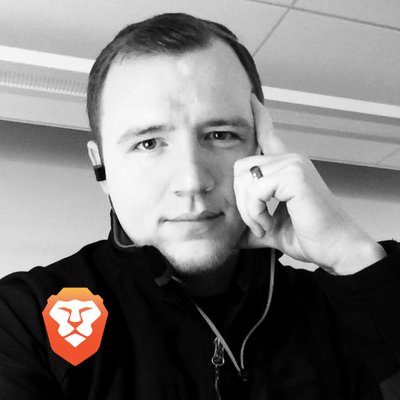 @BrendanEich @Yellow_Bit_Road @UpholdInc @KamilJozwiak @brave I just ran through the withdrawal process (after depositing some BAT) and confirmed that all is working as intended in Nightly. I'm happy to hop on a call with you if necessary, @yellow_bit_road.

were on a thread and realised the non-functioning withdraw button

there is a withdraw function but it isnt working yet.

[image] whoelse has noticed the install brave community as a Brave Menu option Whenever community.brave.com is opened. This is a PWA thing and it is freaking cool. Tested it with a couple of PWA sites I know. @iznai Try it out. example is lara.ng [image] 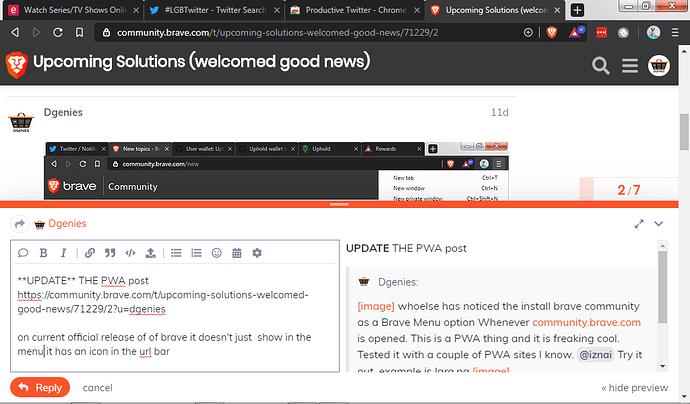 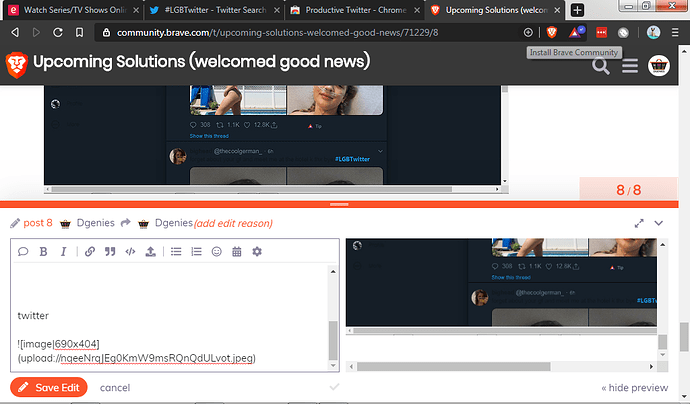 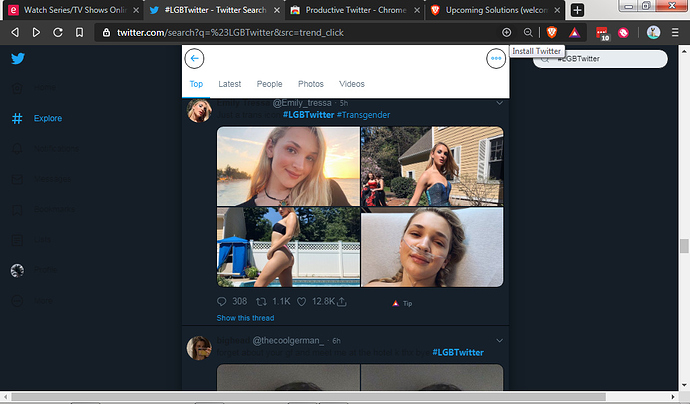 You’ve designated X.X BAT for creators who haven’t yet signed up to receive contributions. Your browser will keep trying to contribute until they verify, or until 90 days have passed In the current build of brave nightly you can check all pending contributions [image] 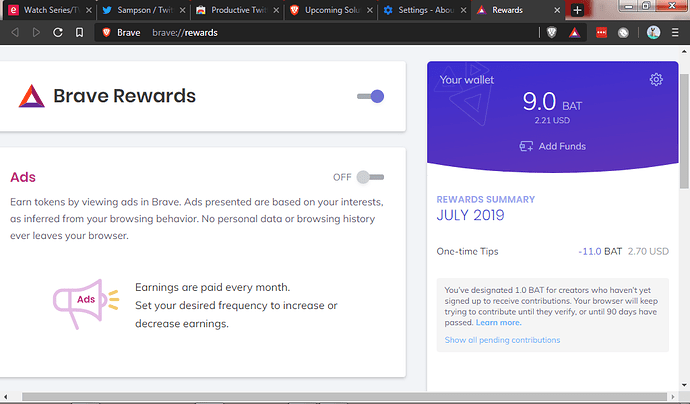 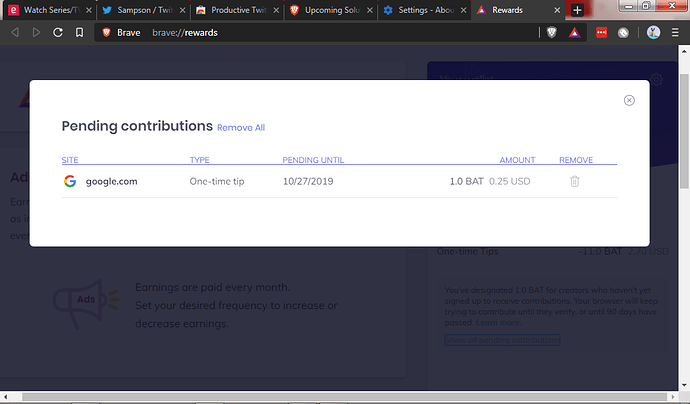 New feature
Inline tipping for GitHub projects and comments. Currently only on Nightly 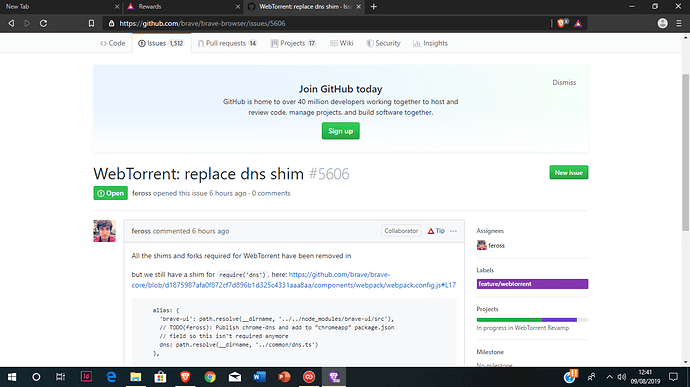 Newish Feature
I forgot to drop this here it is the new tab background feature. I have known about this for a while but failed to upload it because I felt it wasn’t too important

Browsing as guest feels a lot like browsing in Incognito but they are a bit different. This difference is only noticed if you look at the top right corner and do not see the incognito icon and the word private. Besides that they both feel alike from the entrance page to the color scheme. 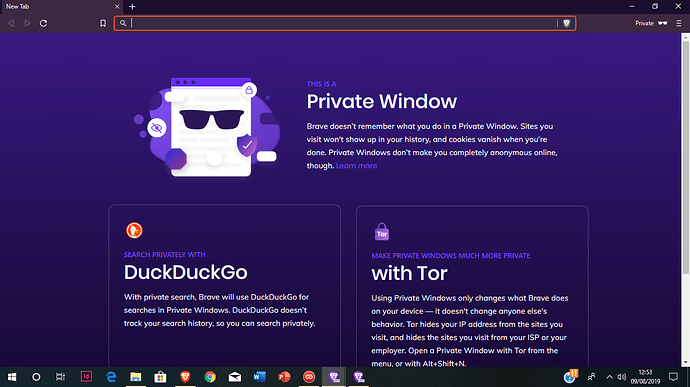 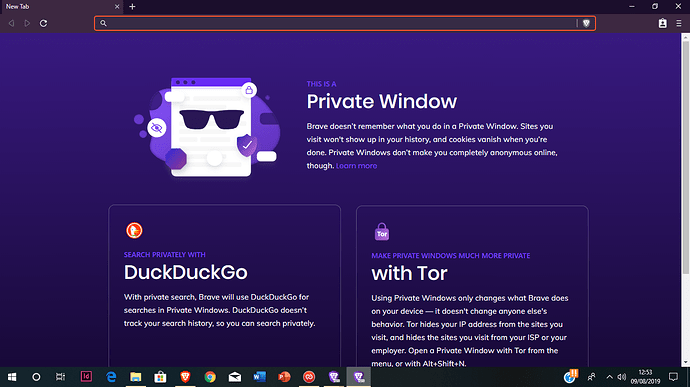 spotting the difference is like playing where is waldo 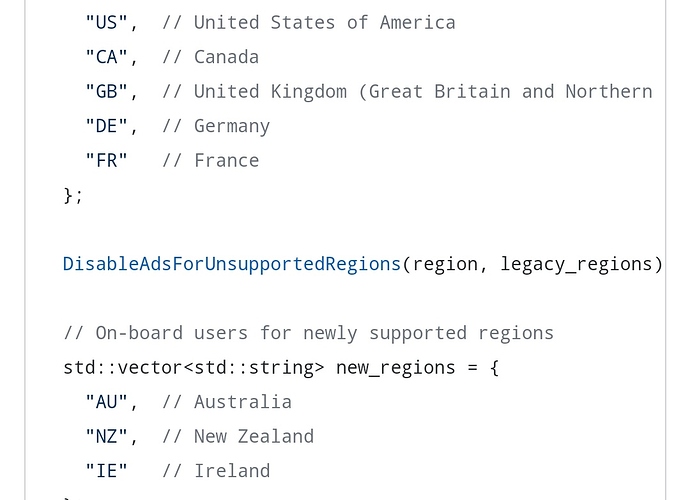 For people that wanted a cryto wallet attached to brave one has been created
Brave://wallet
on First load it takes a while to load but it loads fine after that.
it is a metamask wallet.
some of the screenshots 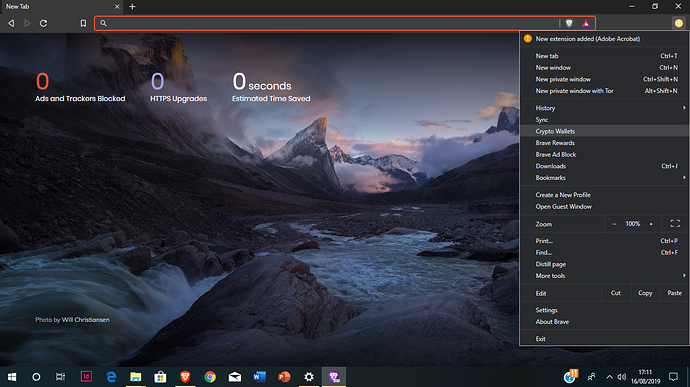 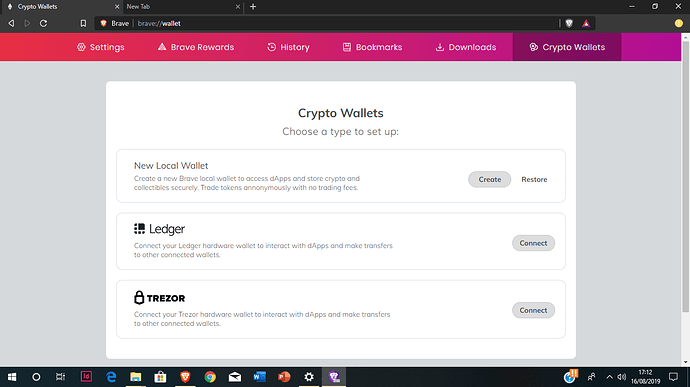 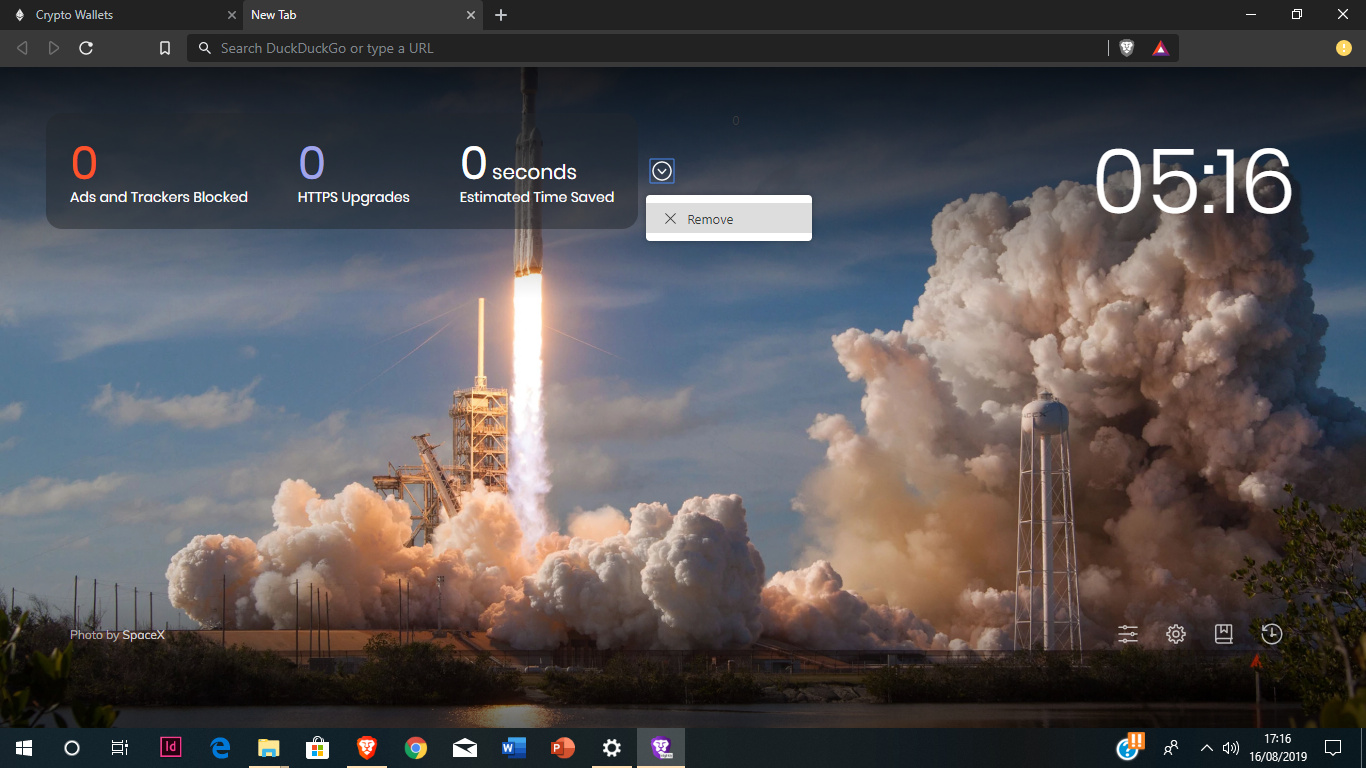 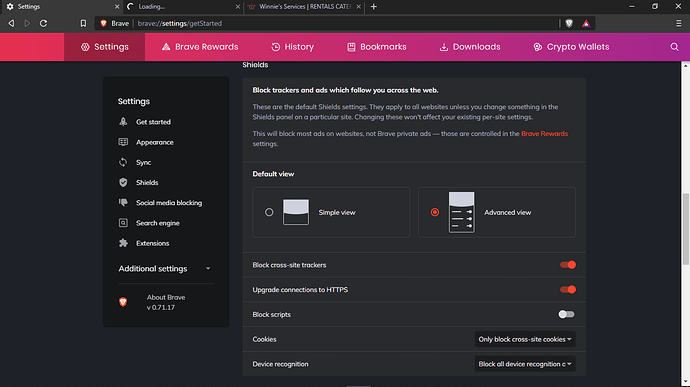 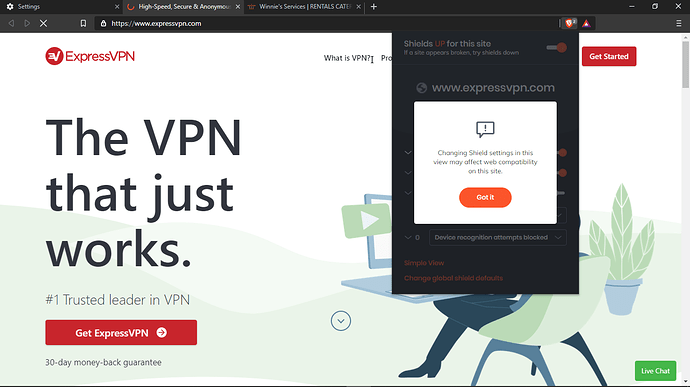 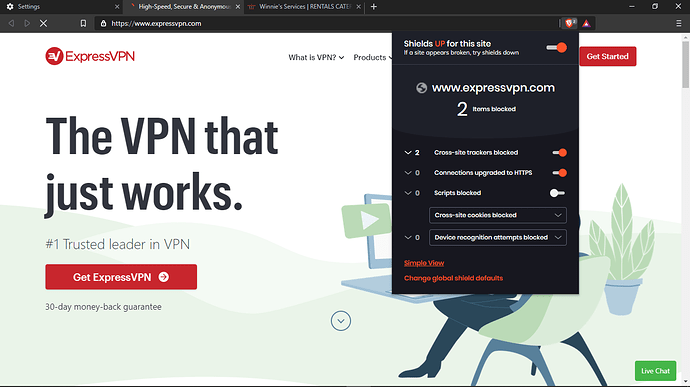 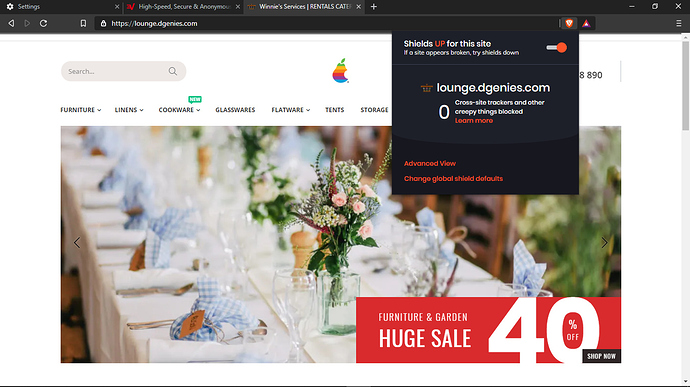 Reward Update
This is going to be my last update on brave ads reward for a while.
I am back in Nigeria and can’t receive ads in my region. Ahhhhhh!!! Why am I not in South Africa right now!!!
So here we go.
Brave now gives you the option to Like or dislike an ad so it can better suit you.
So here we go with the screenshot. 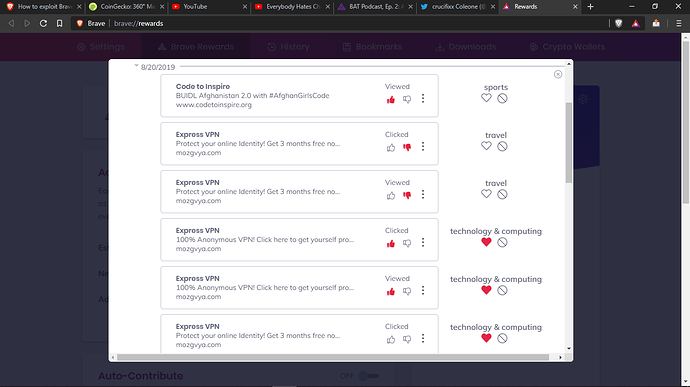 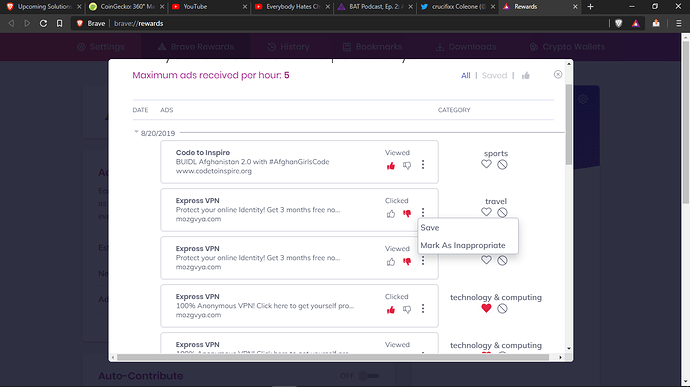 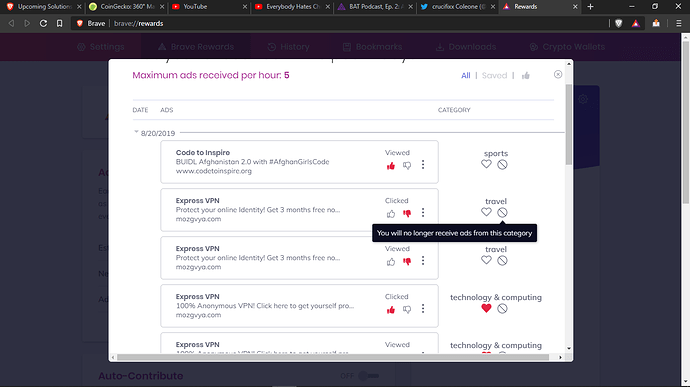 For those expecting an update on Crypto Wallet and other Nightly development, I can’t post for some certain reason.

For those wondering how can a ’Community Ninja’ be on review? It happens, I had most of my community donate to me to support a personal project. It was quite a large crowd. I preferred sending the .apk file of brave using file sharing apps like Xender than downloading it. @iznai knows the feeling to get a Nigerian to use his data when you can send it over wifi. I first got under review for almost obsessively checking the publisher platform almost every min during my donation drive but that only lasted I think 2 days. The next review was when too many tips entered at once but that only lasted a few hours. The third was when the donation got too large for a small publisher with a little over 20 download and may be 6 confirmed but over 600 people tipping. It all got Cleared up, The Brave team and I handled everything. After that was when I became a ’Community Ninja’ . This position is due to my natural work ethics. I always give over a 100% to anything am committed to. Be it donation drive or helping out on the community.
PS All the uncleared tips were non-grant. So personally funded wallets.
So my promise is to publish my findings on Crypto wallet after this month’s payout.