Hi there; new to brave; thanks for the job of safe web browser. I saw too many times “tor is fbi initiative”; this means that tor stuff was probably built around a “leak” at the very beginning, and NOT meant for privacy. That’s what we could at least logically estimate. In this endeavour it might not be good idea to have any link to tor.

If it was build around a “leak” by fbi, nsa or by “younameit”
Why in hell it took so long to “hack” it?
Why should i break into my own house while i know the backdoor is open?

Thanx for your answer; I stumbled on this very exact saying more than once (but I can remember it relative to a crackdown on some nasty websites on the “deep web”) I think that I am not alone in this case. Can’t remember and I could be more precise (of course I agree I did not do this exact job, for ex including a link mentioning it and try to find links that describe it a bit more in depth. I…believe that this could be done.).

I was just thinking.

I don’t really understand your exact meaning of “hacking it”: do you mean “spotting the fbi behind” or “now tor software has been reversed and its available for implementation, in brave for example”" (or else)?

When you stumble upon the info that Facebook is a DARPA initiative, that Tor is FBi stuff… well… you just start to think “okay… something has been up around…” and that those stuffs could have been developed from the start with some full scale logging intention.

Just some thoughts. Just trying to gather several elements we noticed there and there…;and trying to see what would be an appropriate stance then (“even if we don’t like it”, “even if we have hard time accepting it”, there is and it sucks).

in 1994 there was an entry in german Usenet claiming that the city of Bielefeld, Germany does not exist, but is an illusion propagated by various forces.
It was meant to be a joke but nonetheless there were many people who’ve been absolutely sure Bielefeld doesn’t exist. (Bielefeld conspiracy).

I don’t really understand your exact meaning of “hacking it”:

When you stumble upon the info that Facebook is a DARPA initiative, that Tor is FBi stuff… well…

Do you actually know what DARPA is?

The Economist has called DARPA the agency “that shaped the modern world,” and pointed out that “Moderna’s covid-19 vaccine sits alongside weather satellites, GPS, drones, stealth technology, voice interfaces, the personal computer and the internet on the list of innovations for which DARPA can claim at least partial credit.”

Nothing on a computer is 100%save btw, if they wanna hack you they will just do it, without you noticing. If you wanna be save, never touch any electronical device again.

Whatever, at the end of the day you have to decide if you want to know something or to believe.

Belief is not the beginning of knowledge- it’s the end.

An answer like yours that starts with the exercising of teaching the distinction of pink color and almost ridiculizing me don’t fit the closure:

you have to decide if you want to know something or to believe.

I don’t like your “way of teaching” - if this was ever a way!

I am not really asking you to debate the way I am presenting things, as the point has been really clear.

In this sense, I see that as I am denouncing DARPA, you managed to find a room for telling me something like “mate, instead of your fantasy you should open your eyes on real bad stuff…like DARPA…”

I don’t care much but your answer is so irrespectuous that I mentioned the above.

To calm things down and provide you points for refutation, here is an article that mentions Tor in the circumstances I have described: 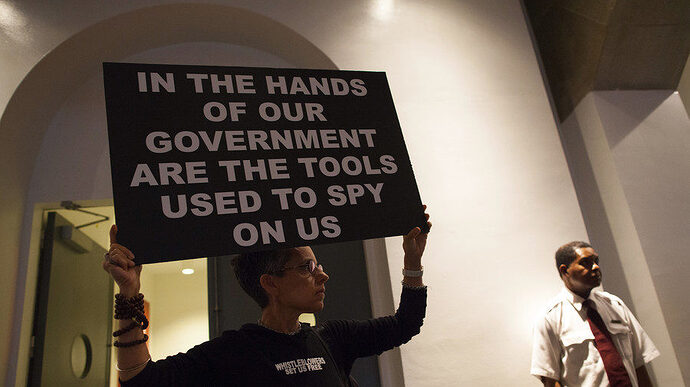 The Tor Project, hailed as a bulwark against the encroaching surveillance state, has received funding from US government agency the BBG and cooperates with intelligence agencies, newly released documents reveal. Tor, free software which enables...

As well, may I ask you please: are you an admin of Brave?

If so, I wish to tell you that my post is intended to be of a positive one. There is no such thing as straight insult of your software; I left those consideration a while ago, and am rather in the perspective of achieving the best work possible. Eh! If Tor has monitoring by essence, that’s just what there is, so reflexion is needed.

I honour the hours and days of programmation that have been met in order to achieve Brave, and the idea to provide an effective web browser.

Users would be grateful to know that Brave guys did what was needed in order to prevent a basic full fledge leak of their data, when using Tor.

As well… hum…what do people need Tor for? Web of the people is the web, not that “deep web” stuff!

In regard of the article mentioned above, I can’t start using Brave.

As well, I don’t know why they took so long to hack it; it seems that they actually cherry picked the sites they wanted down, that’s it. They just felt it was time to do an “operation”.

What they did is that they took down a nasty website or a ring of website; that’s mostly consumers, or distributors. That’s one thing. But the kids are real, and an effective fight against this plague will definitely not go through disrupting the numerical aspect of it. There are real people behind, and hierarchies, and structures.

On the deep web we are down, that’s the end of the chain.

This is why the FBI action can be seen as an utmost hypocrisy; they arrested some lone fellas distributing nasty stuffs, but never a real ring. Never the real responsibles. They provided us the feeling that they were actively fighting the phenomenon.

@batman2 thank you for your thoughts on that!

You don’t have to calm things down as they never rose up.
blood pressure…stable

That was not my intention.
What i was trying to say is: If a DARPA initiative is per se a bad thing, then also using the internet, computers, gps, weather satellites would be a bad thing.

Anyway, it’s not the right place to discuss things like that.

And, no, i’m not an admin of Brave or anything like that.
Just agreeing with the idea of Brave/BAT
If you wanna dive in:

have a nice day sir

Thank you for your kind answer.

I now understand your meaning about Darpa; it seems that you know how much DARPA is tied to the basis of the computer world. I did not know that.

And your thought makes perfect sense to me.

Have a nice day too!