I’ve just got a free laptop, which I was happy about but with this issue, it makes it impossible to even watch a video on YouTube. My CPU is at a higher number than I like but it seems to be able to support hardware acceleration as other programs are using it to some degree. Watching a YouTube video at 480p, I’m averaging a very off-balanced (CPU fluctuates from roughly 55 to 85 whereas GPU fluctuates from either 0 or 5 to 5.6% and occasionally 7% or more. This is causing occasional buffering (when my CPU total reaches 100%) When I do manage to avoid the 100% CPU mark (very rare), Brave does drop to roughly 30-70% and doesn’t buffer again, but is not true if it does reach that 100% mark within the first spiking section). I’ve attempted enabling several flags which didn’t seem to help (list at bottom). I have hardware acceleration enabled on Brave. Troubleshoot tab is missing from the “Display adapter settings for Display 1” properties window but under registry, the HwSchMode is set to 2. I attempted looking up to see if my horrible (GHz speed) CPU even supports hardware acceleration but it seemed unclear. If there’s no way to offset any more CPU to GPU then is there a way I can decrease CPU usage without decreasing video quality further? I’ve attempted looking into switching out the CPU but I can not find information on if I can switch my current chip (airmont) to one that is supports silvermont (all airmont chips seem to be just as bad or worse whereas several that support BGA1170 silvermont seem to be decently better). 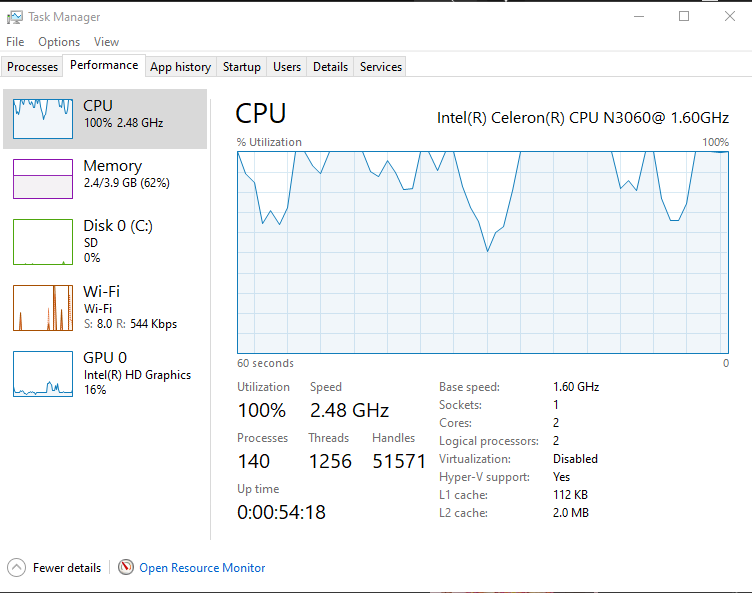 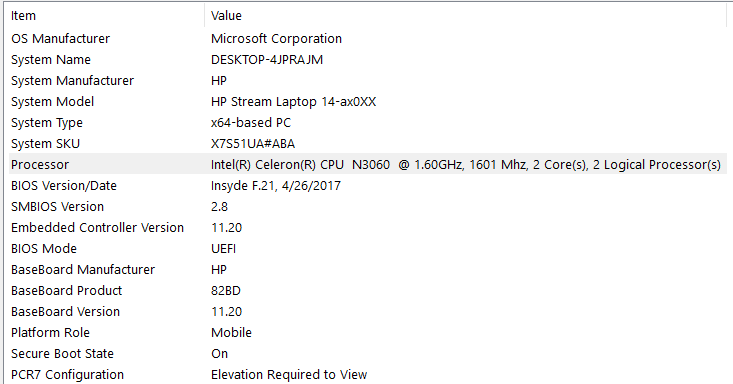 Screenshot_31217×188 25.1 KB
#brave-adblock-cosmetic-filtering
#brave-adblock-cosmetic-filtering-child-frames
#enable-gpu-rasterization
#zero-copy-video-capture
#enable-zero-copy
(#ignore-gpu-blocklist seemed to make it worse, going up to 88% CPU usage and I noticed an overall “laggier” feeling)
Very janky solution I’d rather not use; Open brave, open youtube, open a new tab, wait about 30 seconds for everything to chill out, go to a video and switch over to new tab, wait 10 seconds, switch back over to youtube (the part of the watch bar that is white (loaded) is actually visible and decently long instead of short or nonexistent (buffers). Pausing also works but seems to take about 15 seconds instead, guess it beats having to open a new tab though. I forgot to mention but I’m getting roughly 1 dot and 2 bars to 3 bars of WiFi.
fanboynz November 8, 2022, 9:10am #2

Had to check the age and specs on the Celeron N3060. Might have difficulty decoding standard youtube videos. I would suspect Chrome would have similar issues here

Could try a different codec, https://chrome.google.com/webstore/detail/not-yet-av1/dcmllfkiihingappljlkffafnlhdpbai?hl=en

Enabling h264ify somehow did help the CPU but it isn’t changing (doesn’t seem to be) the GPU value at all (still 0 or 5.3% average on task bar). The CPU still spikes at the beginning, as it does with any new page, but instead of continuing to buffer it’s “chilling out” within a more narrow range of roughly 27 to 55% and an average of 40% (as opposed to 30-70% when it did chill out before or 55-85% when it wouldn’t) at 480p. I havent tested with brave’s task thing but my GPU usage isn’t increasing within my task manager. 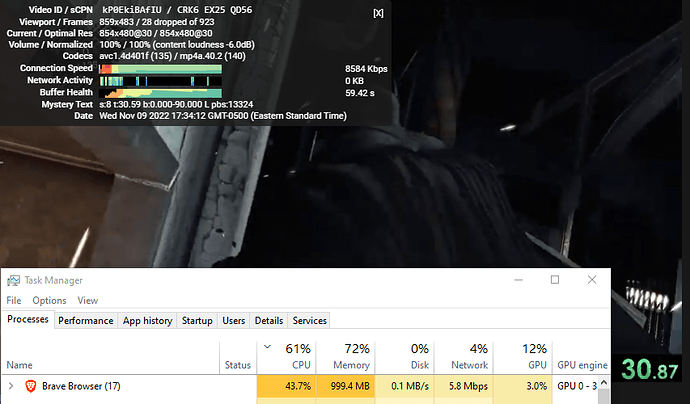 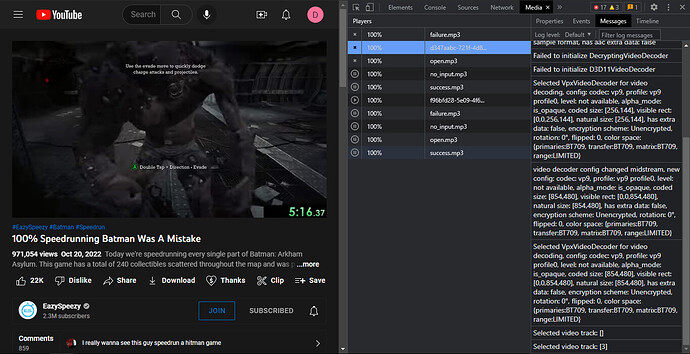 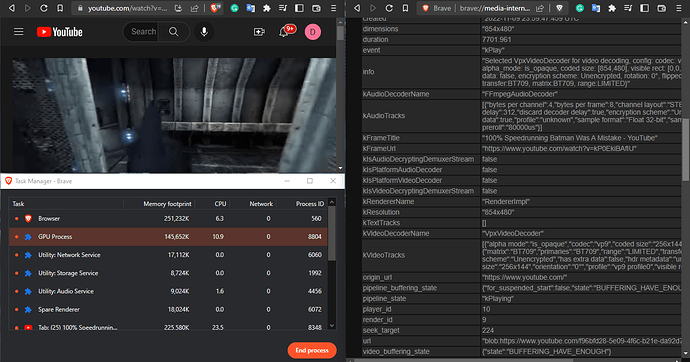 Screenshot_91173×157 9.71 KB
Looking into VpxVideoDecoder it’s seems to be software accelerated instead of hardware accelerated.I guess my new question is how do I get it “to be” a video decoder that would be hardware? Or should I just not try/can’t be done? The only flag I see is just a basic #disable-accelerated-video-decode flag. I’ve enabled the #canvas-oop-rasterization flag after previous post.
DaltonG November 10, 2022, 12:26am #5 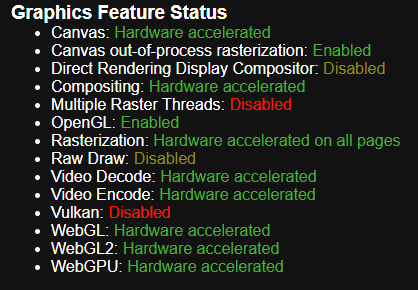 Hardware acceleration will improve perf overall, taking the load off the CPU. But if your GPU (and GPU drivers are buggy) you may experience crashes etc. I would strongly suspect the same issue would occur o under Chrome. Not sure what options would fix it under brave://flags, but testing h264ify under non modified brave://flags would be a start.

The older Intel GPU’s certainly struggled with video decode performance. Just not sure how much tweaking you can do to get “decent” performance

image699×58 6.17 KB
Using a new profile (and h264ify) my GPU usage was definitely higher, I’ll test each flag, setting, and extention within the next few days to see where the problem is (and even possibly get an overall better preformace than the new profile). Thank you.
1 Like
c3to November 23, 2022, 12:06pm #8 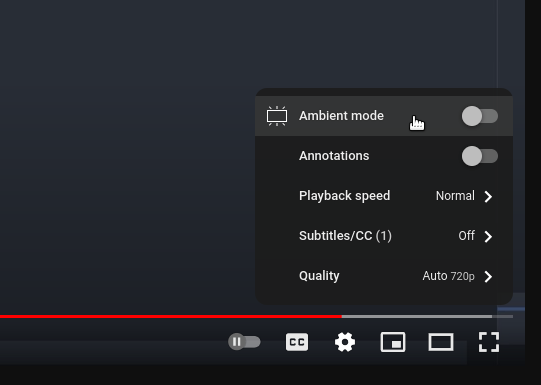