As of iOS release 1.46, Brave no longer seems to block scripts. Release 1.46.1 did not seem to make a difference there, script blocking fails the exact same way.

I’m getting the same problem on my iPhone as well as my iPad, both running iOS/iPadOS 16.2. The Brave browsers on both of these devices are set to Private Browsing Only, and both are set to Block Scripts by default.

Here’s an example of the results I’m getting:
When I access the website livescore.com with the browser set to block scripts, I expect to see nothing (things only become meaningful for this website with scripts unblocked).
However, I’m getting the following instead - 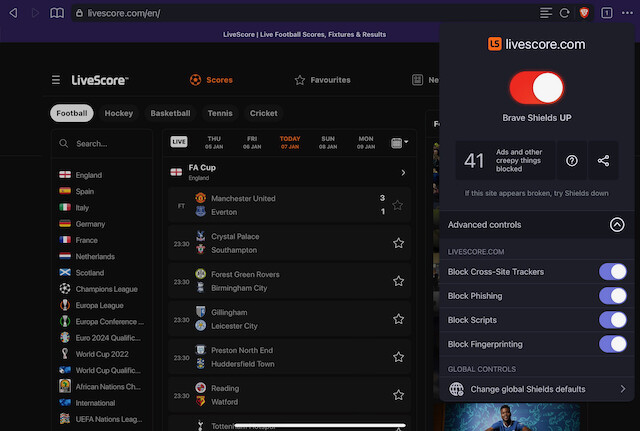 As you can see, the website loads to full functionality despite the blocked scripts, and the counter says 41 items have been blocked (instead of the usual 1-3 blocked items when scripts are actually blocked).
When I unblock scripts, I get the following - 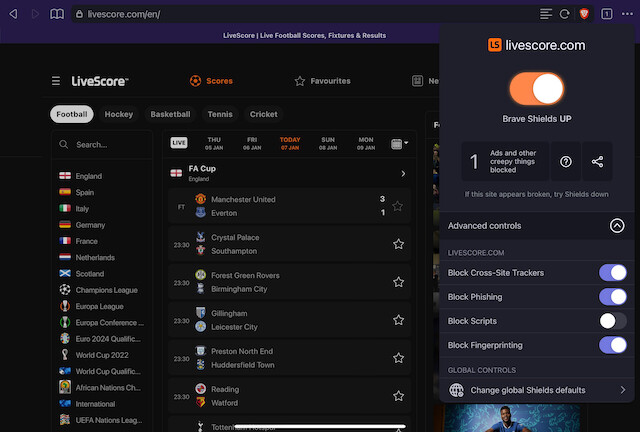 Note that the website remains fully functional, yet now Brave’s shields claim to only block 1 item (whereas I would expect a fully functional website but with a high number of trackers blocked). Since it is obvious that scripts have not been blocked all along, it is unclear whether this means that ads and trackers are no longer blocked by Brave, or whether the counter is simply misfiring.

I hope the above will help you fix this bug and re-establish Brave as the iOS browser of choice for the privacy minded!

Just wanted to say thank you for getting this fixed so quickly in release 1.46.2!

This was a serious regression which we had to hotfix, sorry for that