No Brave Rewards in Months

Hello, I would appreciate any help. I haven’t received Brave Rewards in months. I have the most recent version and I have followed all other steps to insure that everything is correct, but I am still not getting any ads or BAT. 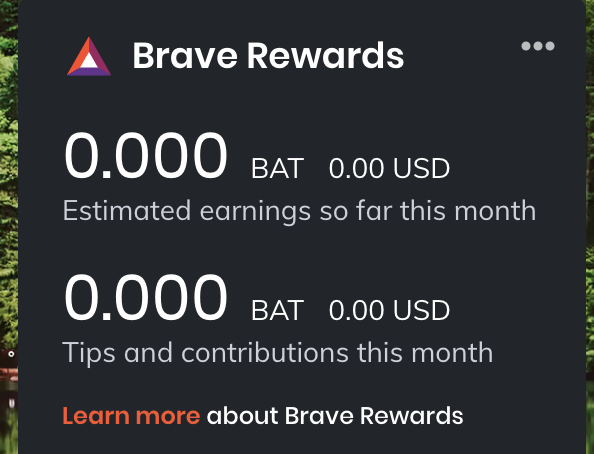 Ive gotten all my rewards exept for this last month as far as I know. Although, I’ve definitely had delays like this month and last month.

Maybe this is due to a higher then average user base. I’d rather give them some benefit of a doubt, I’m thankful for the free money I’ve been given thus far. It’s not like it’s really too time consuming or difficult to click and glimps at ads. what their doing here is far from a scam. I’m just sure there’s alot of logical reasons why there’s delays. For example at one point I was flagged and had to prove I wasn’t a bot so things like that come up.

This was probably due to the fact that I was staying up late a lot at the time and using Brave Browser a lot more than most regular users would.

If you don’t stay engaged with the community or support team then its easy to miss out on rewards.

I think the reason for my delay is only due to the wallet disconnect which is apparently now a safty feature that you have to look out for. I guess this is only because they need to make sure you’re truely engaged because their technically paying you for very little action so its understandable that their gonna want to make the most out of the money they spend on you.

I am not complaining, or saying it’s a scam. Just trying to figure out why I have not gotten ads or rewards in months.