While looking for a new browser, I tried Vivaldi. In my humble opinion, (the?) one thing it does better than Brave is PiP.

Not only the button on top/side of the video rather than in the sound control panel is much more useful in most cases (I guess keeping it is good, too, in specific cases when you switched tab already but want to start PiP) or via a Chrome extention. (Already been discussed in other requests, so I won’t tell more about it.)
But the main feature I liked was the nice enhanced controls in the PiP vid, like I show in the screenshot below. It not only allows you to pause/restart the video and return on the video tab (without showing it right in the middle of it), it also give you the control of the time of the video, the volume and to go to the previous and next one. 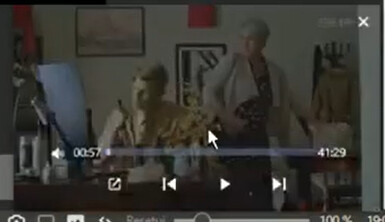 Icing on the cake would be to not darken the image when the cursor comes on the PiP video, just like in Firefox (or potentially just shade the borders, but I think that’d be extra work for just a detail).

Are there already ways to implement those features in Brave, maybe via Chrome extensions (dispite looking for some, I haven’t found any useful one yet)?

Thanks already for your replies

im coming from opera and i cant delete opera because PIP is done so much better on there, because they have volume control and allow scrubbing in PIP