I appreciated the sleek look of the Brave Browser - relatively simple with not a lot of clutter (unless you ask for more clutter). And let’s acknowledge that this is probably one of the biggest reasons GOOGLE so rapidly became the search engine and homepage of choice decades ago - a simple no nonsense search bar with nothing else.

I didn’t mind the old Brave News where you had to scroll down to see the news, but now with the creepy pop-up, or whatever you call it, at the bottom that peaks up at you shouting “hey, here I am - click me!”
It’s exactly why people are choosing Brave - IT BLOCKS POP-UPS.
But now Brave is instituting it’s own internal Pop-Up. Doesn’t make sense.
So now I’ve simply turned off Brave News because it’s so distracting.

Interesting. I don’t have that. Do you have some kind of virus?

Interesting. I don’t have that

If you updated to the newest Brave browser, you’ll have it. It’s more easily seen on Desktop.

Do you have some kind of virus?

Virus is nothing to do with it.

For those who don’t know what is being referenced:

BEFORE (This used to be all we’d see, where you’d have to scroll down if you want to see Brave News) 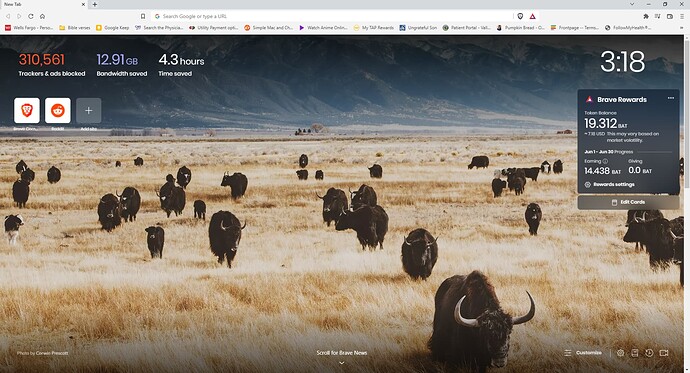 AFTER (Now Brave forcibly adds a bit to the bottom of the page. Earlier it was the top of a man’s head., now it’s whatever this is…) 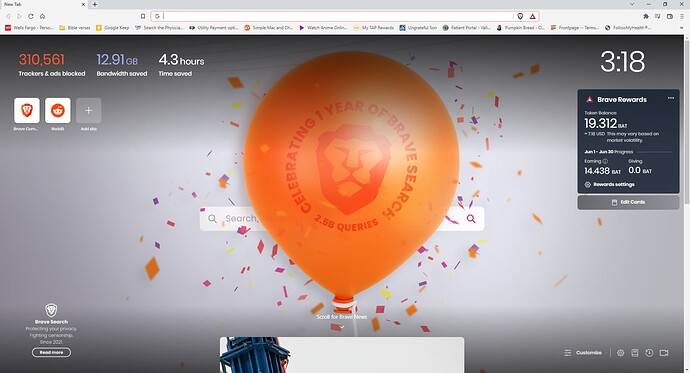 The top part of the below article is what pops its head in. And it’s not like the page automatically loads with it. Literally loads like the initial picture and then the Brave News thing pokes its head in by sliding up by itself a bit. 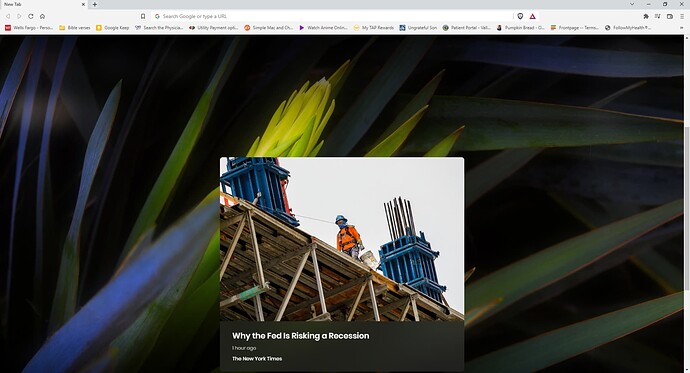 This is a new feature of News itself. Its worth mentioning that the team is already working on implementing a flag/setting that will turn this feature off (so that it does not pop-up “creepily” while on the NTP).

It’s no different than a card on your start page other than it slowly appears. Not every new Brave user knows there is a news feed and it kind of lets them know it’s there.

I wouldn’t call it a pop-up, which usually requires you to click/dismiss it so you can continue. Here, clicking on it or not clicking on it has no effect on what you do and it’s presence doesn’t interfere with other web pages.

@ctouard Open brave://flags/, search for news, disable as in image then relaunch 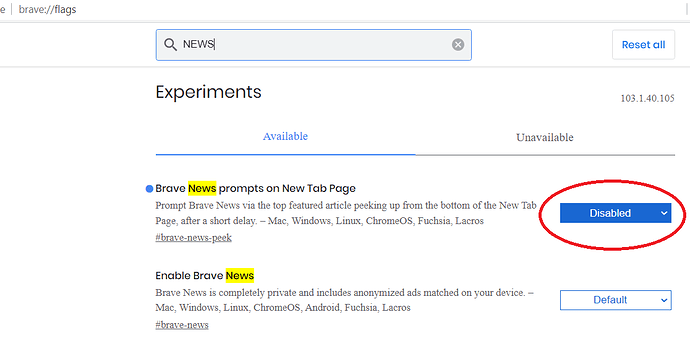 Thank you!
Glad to see Brave so quickly developed a solution for this. My faith is restored, and I’ve turned Brave News back on.

But I do think it needs to be a button on the Customize Dashboard screen where almost all of your users will be turning on or off Brave News. I would bet that 99.9% of the folks out there will not know how to navigate to this “Flags” website.

How the heck did you know to even look for that? lol

I got a hint from what Mattches said above!