When I scroll down into my news feed, it doesn’t show just my following sources. It does show custom RSS feeds I added, but anything from the baked-in list is also shown.

I didn’t do anything to change this so I don’t know how to reproduce this. 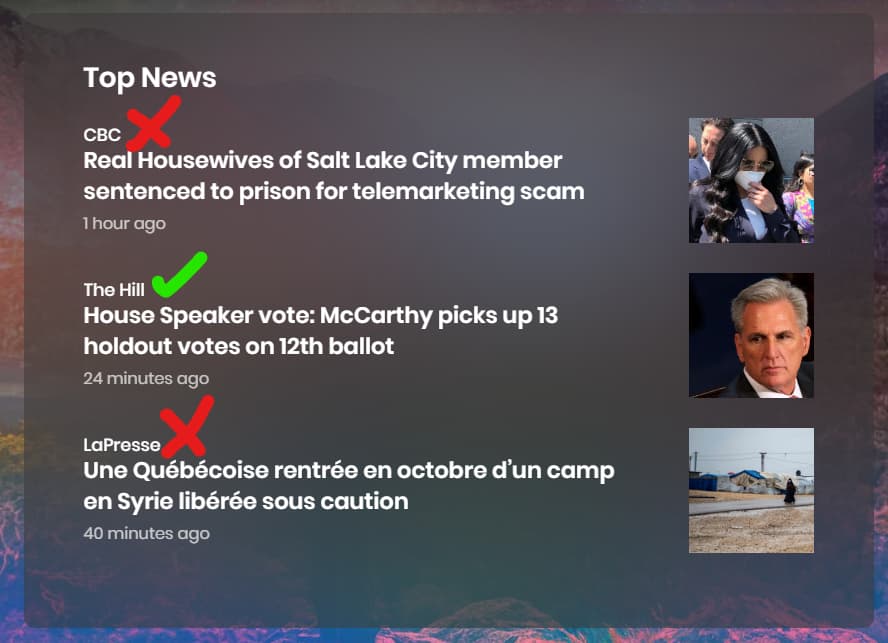 It’s hard to show this but sites like CBC, LaPresse, and ahem Cosmopolitan aren’t in my followed feed, but the Hill and TechRadar are. It’s all a big jumbled mess of whatever shows up, regardless of followed status. Basically red means not followed, green means followed. It’s about 70% unfollowed sources.

It never happened up until maybe 6 weeks ago? I tried messing around with the Brave News settings but no change. Now it’s consistently this slew of feeds.

Not sure what else to include.