Wake Up one morning and my region is not supported when linking brave to Uphold Wallet. First, it was device limit on Uphold with brave rewards, users had to hold their grudges about that, and now regions are not supported. Is it about time we stopped using brave? because there are really no concrete solutions to every problem users have regarding brave rewards and uphold. Most Users started using brave because of brave rewards and blocking unwanted ads. It seems like brave will soon have users on a few selected regions just like uphold.

Nah. Just been a lot going on around and the world and with Brave. Regulations set in various places weren’t being followed and at the same time, fraud increased significantly.

Brave has been advising of what’s going on but people haven’t really been paying attention. That said, Brave does need to do a better job of keeping information in one place that’s easy to sort through. So that makes it a bit tougher.

If you haven’t seen it, go check out my topic over at PSA: Unsupported Region

I love Brave browser, I hope the solution can be found very soon…

Yeah, me too. It’s sounding like we’re going to be a couple months before it does, with some countries waiting even longer. To put it into perspective, Vietnam and Philippines have been unsupported since January and likely will be waiting longer than the other countries before added again.

I’m not sure which region you’re in, but if not in France, India, or the 19 countries listed in the screenshot below, then you’ll likely be waiting longer unless you get lucky and Brave manages to get things done quicker than they are anticipating. 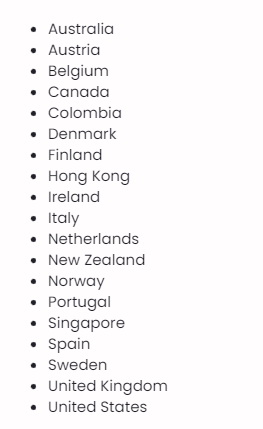 I am not saying that to discourage but only to make sure you’re being presented with the facts and not being given any false hopes. This is because there’s nothing worse than expecting a quick solution and it gets delayed. I’d prefer to tell you longer and maybe it gets finished faster, for a pleasant surprise, instead.

Probably switching to an exchange supporting a gazillion countries than Gemini and Upholds will do. Brave wallet will be the best, but I understand that’s way more complicated than this. Hope for the best, I will continue using brave and refer more users, thanks…