so, i was hoping that this problem was resolved by now so i didn’t make a thread because i saw some people with the same problem too but also saw that their problem was resolved but not mine, like the title says, the payment of last month never came, on my desktop and neither my cellphone. it says that i received the rewards of last month but it doesn’t appear, i have a unverified account, it was on gemini but region problems got that, so i was wondering, is this normal? is there some people with this problem too? hope some of u guys could help me on this, and thanks. 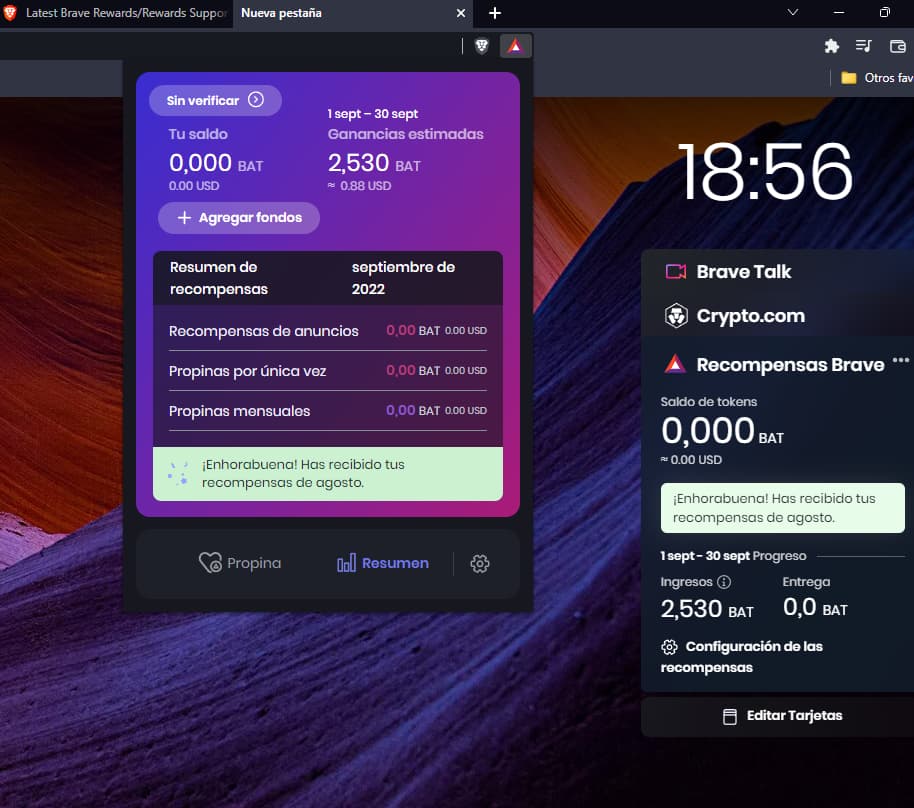 I exited the browser, opened it again a few hours later and the “claim button” no longer appeared.

Check in “brave://rewards-internals/” then in “Promotions” and it doesn’t appear.

it’s a problem that i’m having like a few days ago when the payment was announced for all, and already did all those things.

like u see, nothing, was expecting a payment of 9 bats i think.