Ads in Discovery Plus Videos

Ads appearing in Discovery Plus Videos 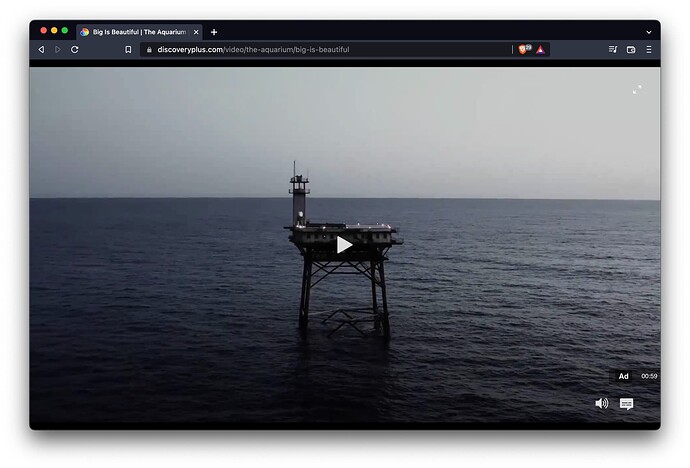 @fanboynz was there ever more updates on this? I know it’s been referenced before such as

Ad on Discovery+ are not blocked Ad-Blocking

Okay, checked. Yeah I see the ads, not possible currently. However patches for redirect-rule in https://github.com/brave/adblock-rust/issues/169 will help here (coming soon)

Not currently possible to block these ads unfortantly.

So I know you’ve referenced twice that they can’t be blocked, but it always made it sound like it might be possible in future iterations. Is this a permanent “unable” or what’s the status?

I’m wanting to say I answered this correctly before in post below:

Not blocking any ads Ad-Blocking

It blocks popups but it doesn’t bypass paywall stuff. You’re on a website that is only providing free so long as you watch ads. Otherwise you must have a TV subscription to view. Brave can’t/won’t violate that. And you may wonder, why block ads on YouTube but not on places like Investigation Discovery? The answer is YouTube is generally user submitted footage that does not have copyright and is freely established. The ads are just extra revenue. However, there are some types of content in YouT…

But if you can clarify…

AdBlockers that block ad’s/commercials on Discovery Plus?

Not sure, I’m sure there’s one out there somewhere. I know Fanboynz mentioned checking on Brave Nightly to see if some of the changes in it might help. Since I’m not a developer and know nothing about coding, I wouldn’t even know what’s possible.

As a normal user, I can say as I have before that I’d think perhaps there’s limitations to what could be done legally. Most things on YouTube where ads are blocked are open and free, where the ads pay the content creator and YouTube even gives viewers the option to Skip ads, hence why blocking them completely is okay.

When you talk things like Discovery Plus, you’re dealing with content that is copyrighted and legally protected. They are telling users that you can only access it if you watch ads, otherwise they want you to pay for a subscription. Those little differences can make a big impact, especially if you want to avoid lawsuits. Yet when I was inquiring of Fanboynz if that plays a role, you can see he avoids answering. So guessing it’s a topic that he and perhaps Brave in general would rather not discuss.

Btw, if you don’t know what Brave Nightly is, it’s the testing and development version of Brave. They do nightly updates on it. But as a testing one, it’s possible to have bugs or data loss. Yet it’s a good way to see some features yet to come. Personally I’ve not installed it but perhaps I should get it and start using.

Dear Stephen (if I have that right) thank you! Brave is a browser correct? I’ll check out that Nightly thing also. Imagine if Google spent a couple dollars a day to update users on the newest works they have going on with the Google Search Engine, the Chrome Browser & Android all in one they’d probably make money doing so. But they’d have to spend a couple dollars first.
Again, thanks for the ideas.
PS: I always wondered how or why Google allowed Chrome Extensions & Downloads from the Microsoft Store to block those sometimes Long ads.
Barry