As the title says, please add an option to customize our bookmark folders.

Or, at least please add a black variant so we can switch between yellow and black.

This was discussed in this thread (Bookmark Black Folders) as I thought it’s a problem on my end, but apparently this was a feature and it got removed.

I’m sure there are many of us who would like to have those clean black folders back.

i was also dissapointed when it got removed
i like the black (or say grey one)
yes should be added, if possible for the team

I hope they can bring that design back.

I don’t know if bumps work on here but I’m bumping this with the hope that it’ll get noticed.

Another bump maybe the team can make this happen hopefully

It’s been almost 2 weeks and no official response

Any confirmation? All I’m asking is for black folders for bookmarks. Thanks!

I am once again bumping this in order to get the much sought after black folders.

There probably won’t be an official response. This category if used for voting on feature requests. You may or may not get responses from anyone. It all depends on the interest in the topic by other community members.

From various posts in the community, Brave development do read feedback and feature requests but they may or may not be implemented. You could go open an issue report on Brave GitHub. You are more likely to get an “official” response there. Although, please be aware your post will be closed if it does not follow the posting guidelines. 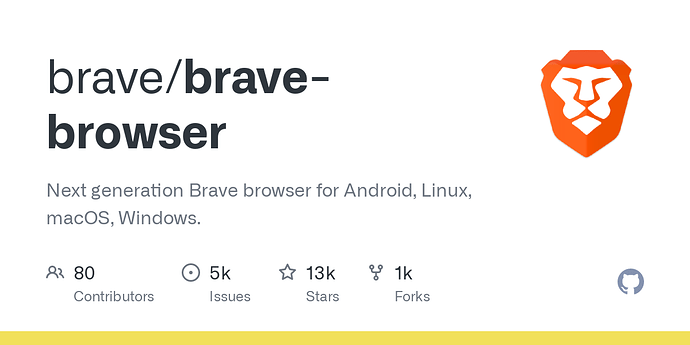 Mmm, yea, tried that too. No reply yet. Thanks for the link!

It’s been 3 months and not a single sign of a response. A full quarter. They don’t care lol

you know what, I guess they won’t do that again.
and I think I have just started to like the yellow ones too
not saying that I like them more than the black ones but I see that we are not having enough volunteers with us demanding the same

@yagidev If you opened an issue report at Brave GitHub, could you post the link please and thank-you.