We attempted to connect our account to Brave as a publisher and we’re told that we are in a “unsupported country”.

We are located in Gibraltar which is part of the United Kingdom and it seems very strange that United Kingdom is supported but Gibraltar is not according to your FAQ page here: https://support.brave.com/hc/en-us/articles/6539887971469

Not supporting Gibraltar doesn’t make any sense at all. Gibraltar is a fully owned and control territory of the United Kingdom and a part of it:

Gibraltar (/dʒɪˈbrɔːltər/ jih-BRAWL-tər, Spanish: [xiβɾalˈtaɾ]) is a British Overseas Territory and city located at the southern tip of the Iberian Peninsula.[a] It has an area of 6.7 km2 (2.6 sq mi) and is bordered to the north by Spain. The landscape is dominated by the Rock of Gibraltar, at the foot of which is a densely populated town area, home to over 32,000 people, primarily Gibraltarians. In 1704, Anglo-Dutch forces captured Gibraltar from Spain during the War of the Spanish Successi...

and its really annoying because this obviously blocks us from getting potential revenue from your ads program.

Not to mention the time we spent setting up and to get the “Unsupported country” error notification afterwards. We basically wasted a lot of time on this

(Remember you need to be cleared by Uphold compliance also).

It would had saved us too time if there had a been a warning about this in the start of the setup process.

However now that it has been said and done; please consider to add Gibraltar to the list. If Gibraltar is unsupported then the whole United Kingdom should also be unsupported and vice versa because not allowing a part of the country does not make any logical sense.

Gibraltar which is part of the United Kingdom

Just as you showed in your Wikipedia link, it’s a territory and not part of the country. Just like Puerto Rico is treated differently than United States.

I’ll refer you to another article from Wikipedia, with a focus on the portion below:

Gibraltar is not part of the UK , but unlike all other British Overseas Territories it was a part of the European Union along with the UK. It participated in the Brexit referendum and it ceased, by default, to be a part of the EU upon the UK’s withdrawal.

Effect of Brexit on Gibraltar 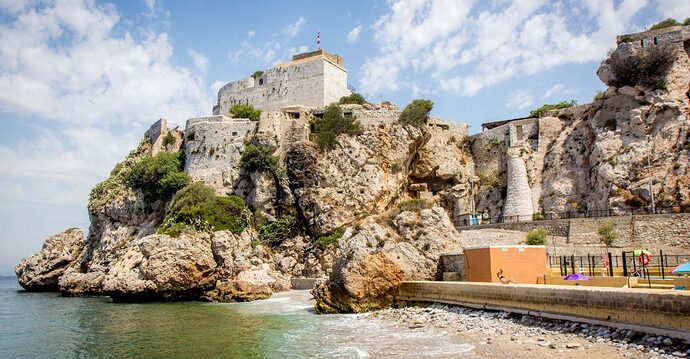 Gibraltar can be a little confusing. So here's some information to help you understand it better: the important facts... and the interesting ones!

Over the years, the United Nations has established a doctrine on the colonial status of Gibraltar. According to this doctrine, Gibraltar is today a non-self-governing territory pending decolonization. As such, it is not part of the territory of the United Kingdom,

You’re right @Saoiray, like Cayman Gib is a territory and not part of the UK. My
employer’s head office is in Gib, and the FATF, AML/KYC and TIEA status and obligations are similar to Cayman. Difference is Cayman is supported and Gib isn’t - very strange.

Difference is Cayman is supported and Gib isn’t -

I’m sure Gibraltar will be as well, eventually. I’ve been kind of amazed at how long things have been taking for them to get places added again.

Yes, I think I mentioned that on the other thread. Brave has a base in Cayman, and likely local legal counsel on hand since before they set up, which might explain the quicker turnaround for us (speculating).

I understand what they’re trying to achieve here, its just a bit late in the day to be implementing it and I’m not a fan of the way they’re going about it in terms of logistics and user experience.