Some days ago, I received an update about the bug treatment by email , that it was fixed 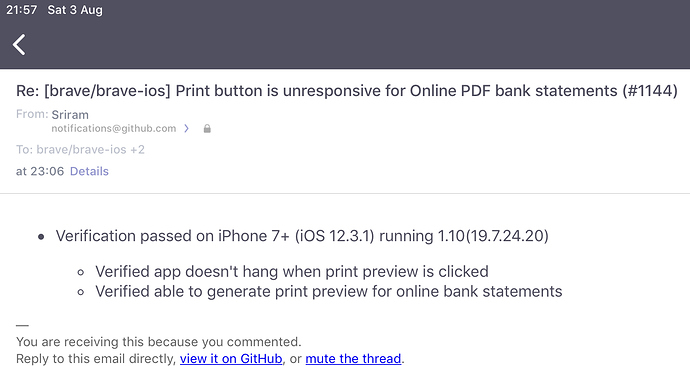 So I was eagerly awaiting the new iOS version release.

Sadly, I’m afraid to report that this new release v1.10 did not solve the issue on my side. Here’s a video to confirm it.

I generate a PDF from my bank, but it won’t print

Hi @ViroMajor. There were a few issues that didnt make the 1.10 as the release was split into two. The issue #1144 is going to be part of 1.11 which will be released shortly. You should be able to print PDF’s once the 1.11 release is out.