I have a similar problem. I cannot find any documentation that explains Brave memory usage or requirements. Brave [Version 1.12.114 Chromium: 84.0.4147.135 (Official Build) (64-bit)] just crashed with an “out of memory” error even though I have a huge amount of physical memory and a low percentage is used. Worse, I had multiple windows open as part of a critical project. Only the last used window was restored and everything else was lost. I cannot risk that again and will be moving to Edge, despite my extreme reluctance to rely on anything from Microsoft.

@OurFreeSociety,
Can you confirm that it’s only when using Brave that you encounter these issues?

Additionally, please try clearing your cache/browsing data (for “All time”) as this can often pile up and cause slow down/performance issues. You may also try creating a new fresh profile and see if you get the same performance issues.

Can you confirm that it’s only when using Brave that you encounter these issues?

I normally have one Chrome window open with only 4 or so tabs. I don’t think it’s that & yes other software of course.

So today I had SERIOUS issues where my CPU was at 100% (memory low) even when restarting my computer.

With the help of my website coder, we noticed several things:

Also the GPU Process took up a ton of CPU usage.

We wish in the Brave task manager that you could section off the different extensions so we can close ones that are using a lot of CPU & not have to close them all down together.

We have to do more testing right now so I have to send this off to you.

Same issues running on Mac. Bit frustrating. Happened just after update on the latest version Version 1.12.114 Chromium: 84.0.4147.135 (Official Build) (64-bit) just running 6 tabs (nothing crazy) and just cleared the Browsing History (all cookies) that seems to fix the issue. Will continue to monitor it. 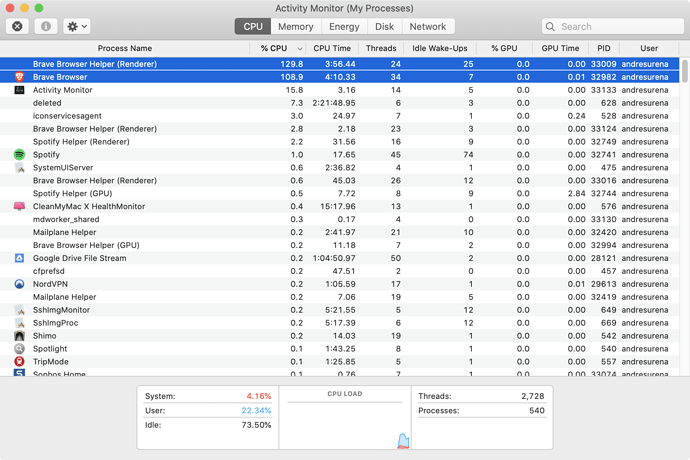 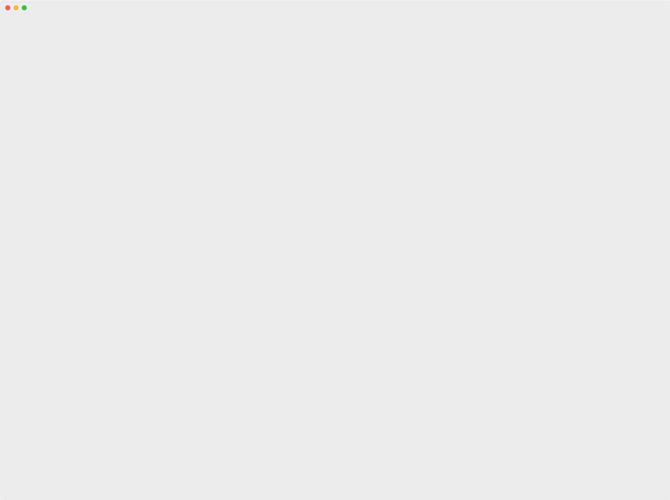 Nope, did not fix. Still running 90% on my processes

Another thread shed some light on the issue, seems Grammarly Extension is failing with this new version of Brave (thanks @DSGROUSE for the tip)

Yes, after spending almost 2 hours trying to figure out what was going on, we also figured out that grammarly & even ManageWP were causing issues.

Other than shutting off grammarly, are you going to e-mail them?

I already did, will try again.

@Mattches - are you guys going to fix this?

One min. the CPU is fine, the next minute it’s freaking out & that’s even after I remove Grammarly.

I have removed the Grammerly extension and it has calmed down the GPU; Grammerly is a must for me so Brave need to sort this out. Appreciate their help in this.

That’s not the only issue.

At least 3-4 times now all of my extensions have crashed & it just happened again & that was after I removed Grammarly, so this is clearly not just a Grammarly issue like I mentioned above.

I believe I’ve had the issue since the new release of Brave when they updated the Sync facility or is that just my perception? I don’t recall having this issue before. Talk about being memory hungry.

I have no clue what a Sync facility is LOL

What date (approx) was that?

B/c I’ve been having problems for a month now.

I thought it was just me & it got way worse after I restarted yesterday & there was another Brave update, but every time I restart there seems to be an update.

Well Grammarly just got back to me & doesn’t care. They said they don’t support Brave & that they will send it to developers which means it will never get fixed, but I still maintain this is a Brave issue.

Can we please try to keep this thread contained to the issue regarding memory usage? Yes, Grammarly has been causing some problems and we’re looking into it right now to figure out what needs to happen.

@OurFreeSociety – if your browser is performing slowly:

Mattches - I uninstalled Grammarly and everything has run ok, today. No issues. I have now reinstalled the Grammarly ext for Chrome and it is playing havoc again, I will have to uninstall, again.

all other extensions have been fine. The issue only arose with the latest update with the new sync files.

Same with me, it looks to only be Grammarly.

I had to remove it from every profile.

But that still doesn’t explain the crashing of all the other extensions unless it just damaged my computer that much.

I may have even lost Evernote notes b/c of this. Several have gone missing & my website coder said that if your CPU is at 100%, yes, it can do all sorts of things to the computer.

Even my tasks that I set for a future date didn’t work when I restarted. I have to redo all of that.

@OurFreeSociety,
Are your other extensions still crashing/causing issues after removing Grammarly completely?

No, it’s been quiet for hours.

My issues are resolved once I remove Grammarly. All other extensions are fine.

@OurFreeSociety,
Thank you for confirming.
We can confidently say that the spike in CPU usage/decrease in browser performance is largely if not entirely due to the Grammarly extension specifically. The team is aware of this and have opened the following issue for investigation:

I’m going to mark this thread as closed for now since we know the cause of the issue.