Google search results look worse (different) than every other browser

Hey guys I recently switched to Brave a few days again. Subconsciously I keep thinking how I really didn’t like the recent changes to the google search results page as all the fonts looked bigger and the spacing seemed off. But then I got to thinking about it and I realized I’m in a new browser and that’s probably it, so I opened back up Chrome and it looked normal. I then opened Firefox and Edge and it looked the great in those as well.

I’m curious, since Brave is built on chromium why do some pages render so differently? Firefox and Edge look very similar and they are on different engines. I get that Brave is doing some stuff in the background to block ads, but I don’t see why it would be blocking any CSS files from getting loaded. Heres some screen caps: 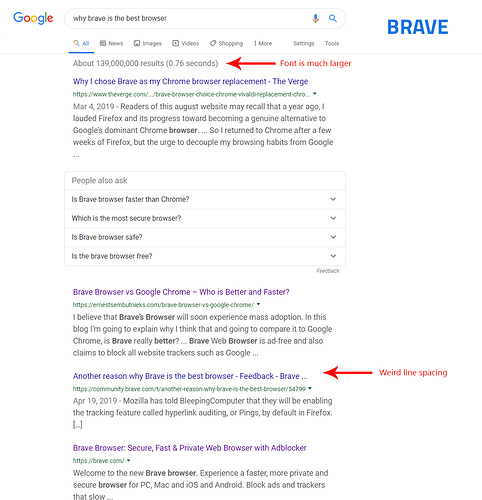 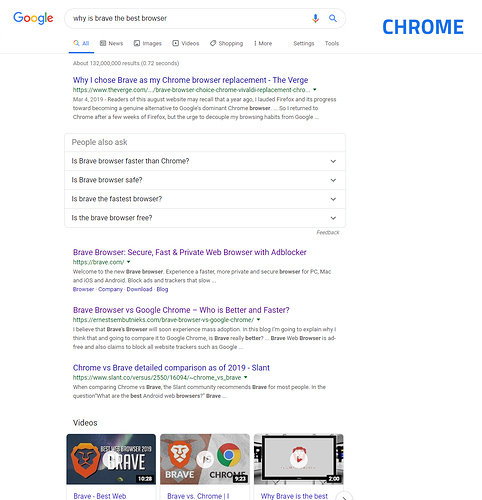 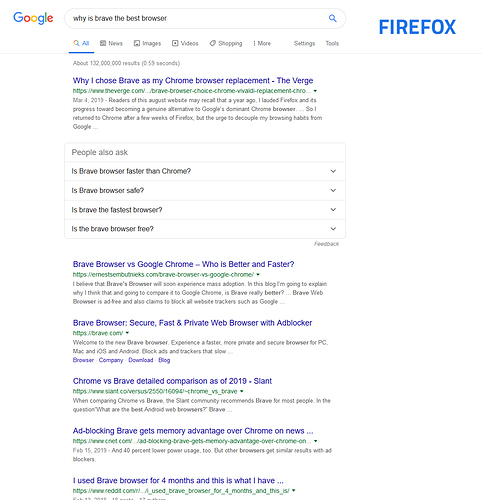 It’s a little nit picky but I do webdev and it makes me worry about developing stuff in Brave since it seems to render things so differently compared to Chrome, Firefox and Edge. (Obviously there’s slight differences between those browsers but its definitely much better than it was years ago and you can almost trust them to render the same)

Does Google just have some CSS files loading from a different domain that is getting blocked by Brave?

I put this in feedback because I think this is something that should be fixed. While I’m ditching Chrome I don’t think I’ll ditch google for search results and I’m really not a fan of the way it looks in Brave. Because of the large spacing it also shows less visible results without scrolling (Chrome could show ~6 if not showing videos, Firefox ~6, Brave 4)