I’ve been waiting for years for Brave’s developers to fix (or to at least explain why) the Brave browser inevitably gives a “No Internet connection” error immediately on clicking the Google Voice Search’s microphone icon. There have been numerous complaints and posts about this over the years, but all have been “closed” automatically and marked as unavailable for replies - with no meaningful response from anyone on the Brave team. I’d note that the Voice Search works fine on Google’s Chrome browser, using the same Internet connection, so that can’t be the issue.

Since I’m typing this using the Internet connection Brave says I don’t have, so the error is clearly the result of a Brave bug - it would be great for someone on the Brave team to actually respond in a meaningful way. I would note that the issue was acknowledged back in 2018 (Google Voice Search "No Internet Connection" - #3 by Mattches) and referenced multiple prior reports that were apparently deleted from the community.

If you have the same issue, please “reply” to this post, preferably quickly, or the Community application may lock this thread regardless of whether the issue is addressed. Maybe if there is a sufficient number of users do so, we can get a response of some sort.

@breinersj,
Thank you for reaching out. We do apologize for the inconvenience here. In short, the way this issue is viewed is we’re essentially choosing between user privacy and convenience. Note that we’re not super pleased with this decision, but it is why the feature has not yet been implemented yet.

We have two Github issues with tons of relevant (and some scathing) comments on the issue here:

## Description NOTE: this is a duplicate of https://github.com/brave/brave-bro…wser/issues/3725 Any time you attempt to use voice search on Brave desktop, it displays a "no internet connection" message. This is after allowing access to your machine's microphone for both the site and Brave itself. ![image](https://user-images.githubusercontent.com/3299098/50357416-cab23800-050a-11e9-9cdc-3033b0ba7745.png) ## Steps to Reproduce 1. Go to https://google.com/ 2. Click the microphone icon ![image](https://user-images.githubusercontent.com/3299098/50357473-eb7a8d80-050a-11e9-829b-06c74bc874f1.png) 3. Attempt to search by voice. ## Actual result: "No internet connection" is displayed. ## Expected result: Successful voice search ## Reproduces how often: Always ## Brave version (brave://version info) v0.58.16 ### Reproducible on current release: - Does it reproduce on brave-browser dev/beta builds? Yes, both. ### Website problems only: - Does the issue resolve itself when disabling Brave Shields? Negative - Is the issue reproducible on the latest version of Chrome? Nope! ### Additional Information Behaves the same on macOS, Windows and Linux systems.

Unable to use microphone (affects Duolingo, Google Translate, and other sites)

## Latest status (this comment edited by @bsclifton) This feature relies on a S…peech API key that we would need to create and pay for on a per-use basis. [As captured below](https://github.com/brave/brave-browser/issues/3725#issuecomment-506915890), @tomlowenthal has looked at this. At the moment, this is on hold. We have some other features requiring this speech to text API also. But we haven't taken any action as creating a token and installing will have a cost associated with it. ## Original issue details by @MGRussell This issue was previously opened in the browser-laptop repo [here](https://github.com/brave/browser-laptop/issues/4476) and was archived without resolution with numerous OS/versions chiming in. I am reopening it here, and reporting with Windows 7 with Brave Version 0.61.51 Chromium: 73.0.3683.75 (Official Build) (64-bit). [This](https://github.com/brave/brave-browser/issues/2802) may be a related issue which mentions that Webspeech API is disabled within Brave. ## Description The browser does not function properly with Duolingo. The site asks for permission to use the microphone and everything seems to work fine, but it seems no input is ever being sent from brave to the site. The site only officially supports chrome and so this is something that would need to be remedied on Brave's end, if the browser is to be capable of using Duolingo. ## Steps to Reproduce The browser fails on any tests from Duolingo that asks the user to send voice data, 100% of the time. ### Website problems only: The issue does not resolve when disabling brave shields. This issue is not present on the latest version of Chrome.

However, I believe the most helpful comment with respect to the “why” of it all was made by one of our privacy leads (at the time):

First of all: this isn’t a problem with the microphone — it’s a speech recognition API. Chrome ships with a non-standard API used for speech recognition. Websites which call the API are asking the browser to transcribe audio on behalf of the website and send the site the transcribed text (not the audio). When a site calls this API in Chrome, Chrome sends the raw audio to a Google server for transcription. The Google server parses the raw audio, and send the transcribed text back to Chrome. Chrome then passes the text to the website.

There are two problems with this. The simple straightforward problem is that Brave doesn’t have access to that Google transcription service. It’s a paid service from Google which Chrome gets to use for free. If Brave wanted to use it, we’d have to pay Google for the privilege. The second and much more substantial issue is that I don’t think that anyone reasonably expects clicking a microphone icon on Duolingo to result in Brave sending their audio to Google .

Honestly, I think that this design in Chrome is absolutely ridiculous and I was completely flabbergasted when I learned how it worked. We’ve had some conversations with Google about it, and the outcome is more or less (1) that they don’t see what the issue is, and (2) they won’t give us access to this online transcription service unless we pay for it.

So the upshot here is that Google has built speech recognition on Google sites like Google.com and Google Translate so that they depend on a non-standard API in Google’s web browser which actually just calls back to a Google transcription service. You may be wondering why Google.com and Google Translate don’t just take the audio and use that Google transcription service behind the scenes rather than doing this elaborate approach involving the browser. Reader, I have exactly the same question. But the outcome is that speech recognition on these Google sites only works in Google’s browser, which might be all the answer you need.

Unfortunately, I don’t think there’s any way forward here. Our current plan is to disable things so that the microphone icon doesn’t show up. Obviously, that’s not a great solution: it’s more like hiding the problem. But I don’t know what else to do. And this is all Google’s fault.

May interest you. And Google Assistant might be a more recent edition.

The lack of speech-to-text functionality is what prevents me from using brave. Specific to the google speech-to-text option on their own webpage, I don’t use it so I don’t care, but I use a certain speech-to-text extension every day…multiple times per day, so without it, I’ll have to pass on brave. Something tells me not enough thought went into identifying a workaround. 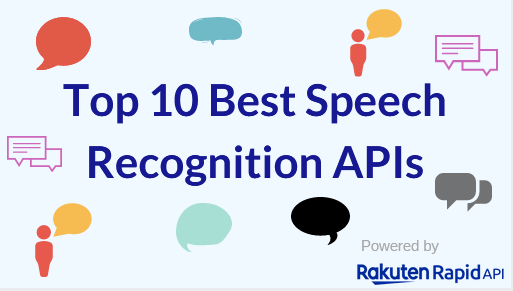 FYI this is the extension that I use… https://dictanote.co/