Why no Gemini on Android?

There is option for gemini on brave beta android.

As far as I know Gemini will be available on main version of Brave for Android, this week or the next (they said late april - early may).

Once 1.38.x hits release channel (anticipated to be on or around April 26 per https://github.com/brave/brave-browser/wiki/Brave-Release-Schedule#release-channel-dates), then this feature will be available on the release version.

Note - the dates on https://github.com/brave/brave-browser/wiki/Brave-Release-Schedule#release-channel-dates are not set in stone and may have a bit of variation. We try to release as close to them as possible.

Good to know. Thanks!!

Has Brave officially released the Android version? I don’t think they have… I guess you could download the apk from a third-party site if you understand all about that sort of thing… I don’t. lol

I think you can download the apk from the Brave GitHub site, but I don’t know how to do that either! Maybe someone else who does could jump in and explain.

Here’s some GitHub Android release info. If you are familiar with GitHub you can probably figure it out. I’m clueless.

Maybe @Mattches or @Steeven has (or can get) more information!

It’s not too hard.
It won’t install it if it is the wrong one.
Most newer phones you will want Bravearm.apk
I have a Pixel 5 and that’s the one I used.
On my older 2016 phone I used Bravex86.apk
Just download and in file explorer click on the downloaded .apk and it will prompt you to turn on install install unknown apps, if it’s not already on. You can easily turn this back off after if you so choose.

Can anyone tell me the difference between arm, modernarm and monoarm64 architecture ? I am unsure which version to download from GitHub. Thanks in Advance 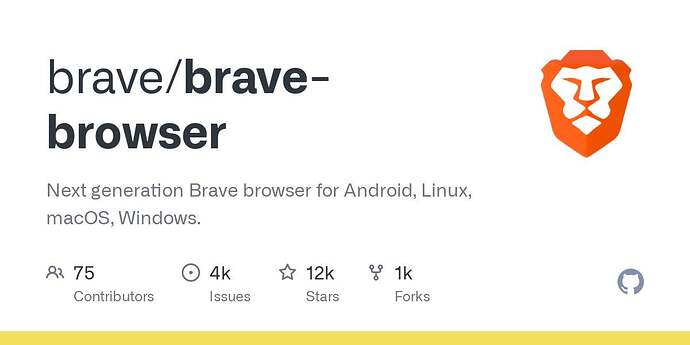 r/bravebrowser - Which apk file should I select to install Brave Browser?

It won’t install it if it is the wrong one.

And thanks for links to more info.

Just wanted to confirm what everyone here is saying — Gemini support for Android is included in the 1.38x browser update.

I am not able to update brave from playstore.it doesnt show update option there

Same here, as I am not able to update

As always, updates for Android devices roll out incrementally and will be available for everyone in due time.

Since 1.38 is already released and the dev version sits on 1.40 already, any idea when 1.38 is going to hit the Play Store?
Why not create a Beta channel on the Play Store?

I got the update and updated just now

Nice. Where are you from?

I am from india.
I think you all should wait

You should message a mod about this issue.maybe he can help you

what version you are now currently…?