Why Brave consumes a lot of CPU?

User the proper internal task manager ☰ → more tools → task manager.
That is the only way to see which process is the one(s) using more CPU and why.

Obviously 50 or 60 tabs run in the background, if you don’t want that, you can download an extension that will discard tabs based on different settings, there is also an internal one but it is pretty basic chrome://flags/#battery-saver-mode-available then you can access that here brave://settings/performance

But your information right now it is useless since it can be anything, an extension, Brave itself, a tab, which tab, what is running in the tab, you know JS, CSS and HTML aren’t light technologies especially when devs abuse them, just search for a recipe website and you will see all the crap that is loaded even though a recipe website should only be text and couple images per recipe.

Also, when you are loading images, the CPU usage will go super high since everything is being loaded, of course once they are loaded then everything should be okay unless a website is playing video or some webgl or whatever that consumes a lot of CPU in the background.

But Chromium also does backgrounding of processes, so all background tabs will go to low priority as well, and only the tab you are focusing on should have the normal priority.

If you want a good way to use Brave’s internal task manager and a better OS task manager.
You can download System Informer, https://systeminformer.sourceforge.io/nightly.php which was Process Hacker or Process Explorer, I like more System Informer because it has a Firewall tab and all.

But you can use Brave’s chromium to see process’ PID and then System Informer has a search bar which you can use to filter it and monitor it.

You can also enable settings like Enable Theme support for dark theme and Include usage of collapsed Processes, so when you collapse the main process, then it will show the total resources, like how Windows Task manager does it.

So check and take a better look at it, it might not be Brave, just a website, sometimes Adblocker is the only way to stop some insane CPU usage by websites because they have a bug in their JS, it even happened on Github couple months ago, so it happens on many websites that they release stuff that will use insane CPU and fix it later.

As I mentioned before, I’m used to using 50-60 tabs in Brave. While doing this my cpu would be around 3-4%. Now he uses almost all of them. now i made an unfair comparison between brave and edge. I opened 60 tabs in edge and 9 tabs in brave. Take a look at the CPU usage. 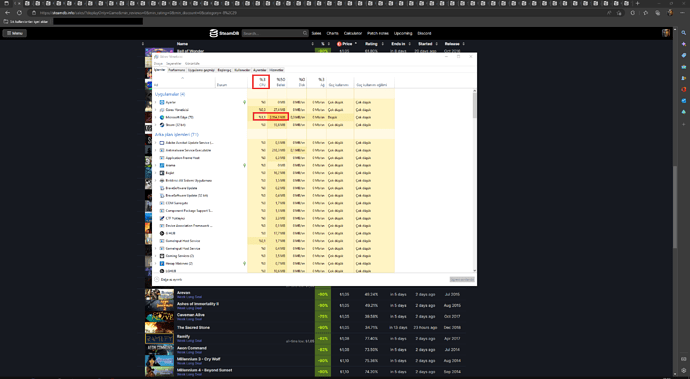 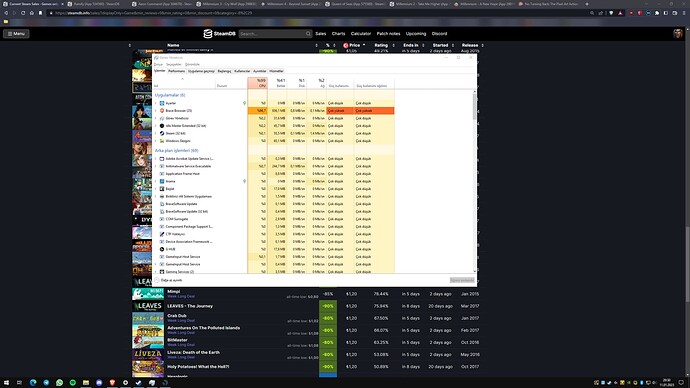 a few days ago i was getting the same results with edge using brave. so using Brave browser, I was opening 50-60 tabs with 3-4% cpu consumption, it was working smoothly. all of a sudden it started taking over my cpu. this is not normal. It’s not related to this website either.

You ignored my whole post, so what is the point in responding to me? You didn’t use Chromium Task manager, which is the ONLY way to know which process is using more CPU, “browser using CPU” means nothing, you don’t know if it is an extension or Brave browser or a tab doing it or a setting causing the issue.

Windows Task manager will only display the ‘proper’ information for Edge but not for Brave. And “Edge uses less” doesn’t mean anything either.
Even if Brave and Edge are Chromium forks and use Blink engine, it doesn’t mean there are not going to be problems with different pages and/or extensions.

I don’t get this wrong, but I don’t care if you get high CPU or not, it’s not my device or my problem, my post was supposed to guide you how to properly troubleshoot something, because you are looking at the wrong place and responding to the wrong person if you are going to keep showing Windows task manager and only the main Process and not the child processes like if Chromium didn’t have 60-70 child process when you open 50-60 tabs.

I missed your first sentence. I’m not readin and typin in my native language and can’t say im perfect at eng. Sorry 'bout that. 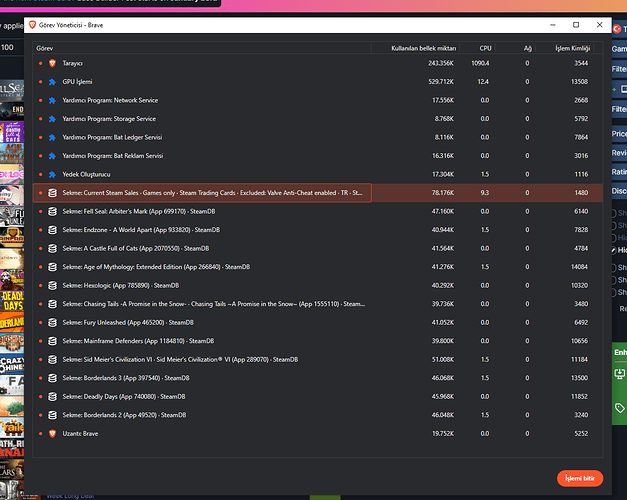