I created this “ad hoc” topic mainly because all the others, which deal with similar questions, are already closed and it is no longer possible to write answers to them. I therefore ask administrators to move all posts from this topic to another suitable topics provided for it, if it exists and if it is still open for discussion.

Someone on another topic mentioned the Decentr Browser. On their website I found this article:

At the outset, it’s fair to say that in our view the Brave browser is a step forward but, when viewed in the context of its relationship with BAT, about three s

I would like one of the authors of Brave on the blog to respond to this criticism that I want to believe is benevolent.

I think that healthy competition should exist, which, among other things, means avoiding market competition and joint business cooperation, as much as possible.

Those who exceed the allowed earning limit should be warned first, as they may be new and inexperienced users.

It should somehow help those whose countries are not supported in Brave Wallet and Rewards, and using a VPN is just one of many suggestions.

The topic could have had a more specific and general name, but okay, never mind… 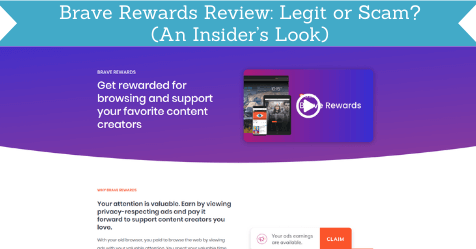 Just to refresh this topic.

I think, Brave is very revolutionary browser. Other similar browsers, like Decentr or Cocoon, make it difficult to use them freely if the user has not specified does and how to want earning cryptocurrencies.

Although there is a separate topics for this, I think that Brave VPN is still better to switch to a decentralized mode because models like encripted P2P, end-to-end, B2B, etc. are getting better and became more and more popular…