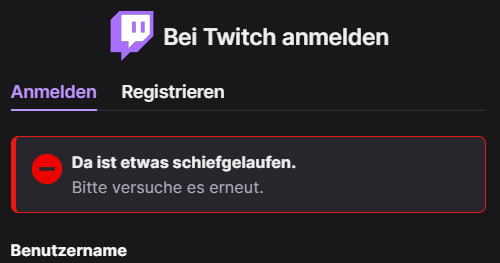 same problem. it works fine on google chrome.
Tried it with different twitch accounts and no addons. Logging in on Twitch.tv does not Work.

on Brave v1.43.93 logging does not work at all. Deleting Cookies or opening without addons does not change that.

Same thing happened to me last week. at first was a problem claiming channel points then once i logged out i get a error trying to log in on brave.
i can log in on all other browsers just have a problem with brave
Twitch French support department keep posting a photo on twitter saying
twitch is NO LONGER SUPPORTED on this browser 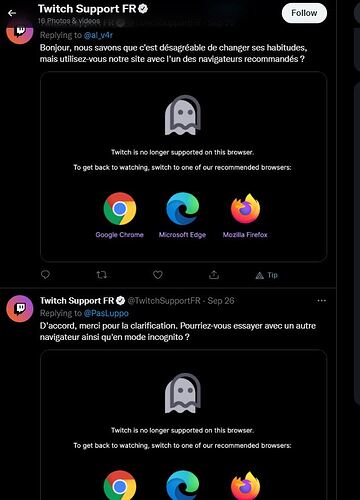 This is happening because brave is blocking the 2 factor authentication popup. (In particular this element POST https://passport.twitch.tv/integrity 400 (Bad Request)) I do not know a way around this issue. Turning off the shields on the site does not fix it nor does allowing everything on the twitch website under the security settings 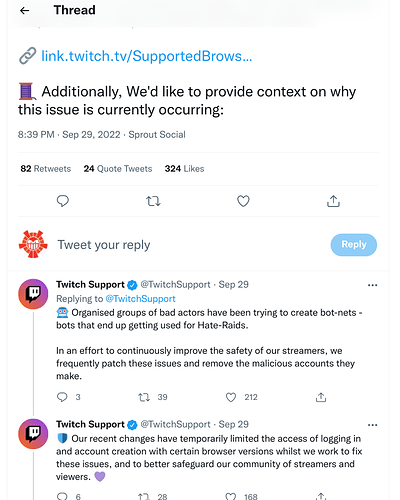 Brave should send a legal notice against twitch for blocking their users.
Mozilla firefox does something similar via webcompact forum. (Webcompact is not a legal notice but a formal request) 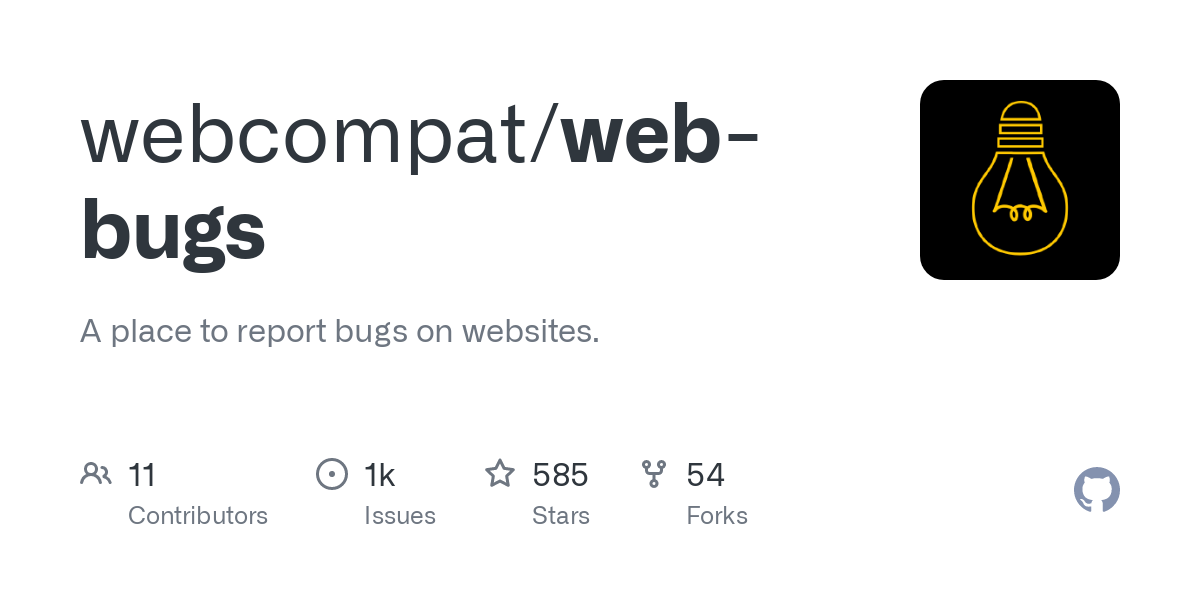 GitHub - webcompat/web-bugs: A place to report bugs on websites.

A place to report bugs on websites. Contribute to webcompat/web-bugs development by creating an account on GitHub.

You can try this in the meantime 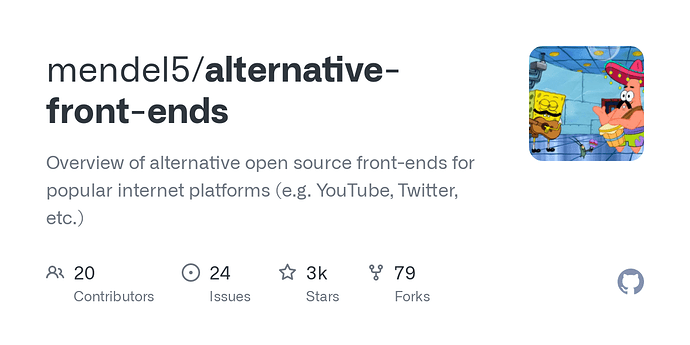 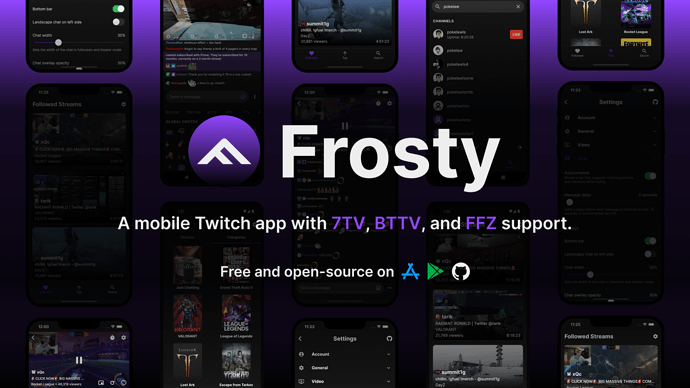 GitHub - tommyxchow/frosty: A mobile Twitch client for iOS and Android with... 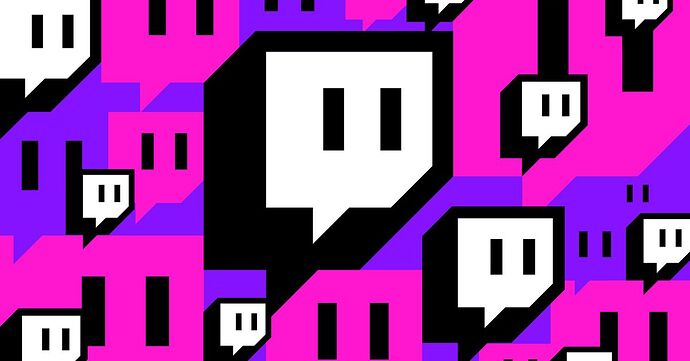 For good reason, despite fumbling informing its users

So now they completely took their hands of the problem they themselves created and are saying contact your browser’s support team. This is next level. No idea what browser has anything to do with stopping bots. It has probably to with their backend and not frontend.

For issues not relating to Chrome/Firefox/Edge, please connect with the browser’s appropriate support team.

Now, I feel like they might have a malicious intent. To move users from all browsers to their app (chrome users are reporting problem of not being able to login). Browsers can have adblockers like UBO, brave shields whereas app cannot have adblocker except for dns level which do not work for twitch ads as they are done from same main domain.

**Intro:** Around the time gambling streams were partially banned, there has been an ever-increasing number of users t

I haven’t tried this yet, but maybe changing the user agent with this extension to Chrome, Firefox, or Edge will work. User-Agent Switcher For Chrome

no i tried that yesterday with no luck

does anyone know when this will get resolved? or are only four browsers going to be allowed to view twitch on desktop moving forward

it is not something Brave did that broke Twitch, it works in Nightly but not in Stable or Beta (some reported that), but it also doesn’t work in Opera GX and other browsers properly, many streamers I saw with Opera GX, they are now using chrome, but some Opera users said they were able to log in, just not claim points and small issues like that.
But I have read people having problems and errors even in Edge and Firefox, so even the supposedly supported browsers have issues.

So what do you think Brave can do? it doesn’t fail for everyone and there are too many variables, some people said that using VPN even fixed the issue about logging in, once they turned it on, it worked, coincidence? well, there is always a chance for that, but it sounds weird and it means whatever Twitch did, they are the only ones who can fix this, this is not a Brave issue or Brave specific issue, since didn’t break only in Brave, and it is not affecting every build of Brave.

But based on user-agent (since someone suggested a switched and you said it didn’t work) Brave is using the same exact user-agent Chrome is using right now, so based on that, there shouldn’t be a difference at all, Brave is seen as Chrome and up-to-date.

So what can anyone do? well users have to find workarounds to use Twitch properly until Twitch fixes it. Because it doesn’t make sense how they broke it for so many people.

Sorry I’m late to the thread here but on my end I don’t have any issues logging into Twitch.tv or viewing it’s content. I’ve tested this on both macOS and Windows systems using the latest version of the browser (v1.44.105 at the time of writing this).

Can I get anyone to confirm that this is in fact still an issue?

I have tried clearing the cache. I have tried different configurations of shields (on, off, non-aggressive, aggressive). None have seem to fix the issue. I also fully reinstalled the browser and that did not fix it issue.

This is the Error I receive 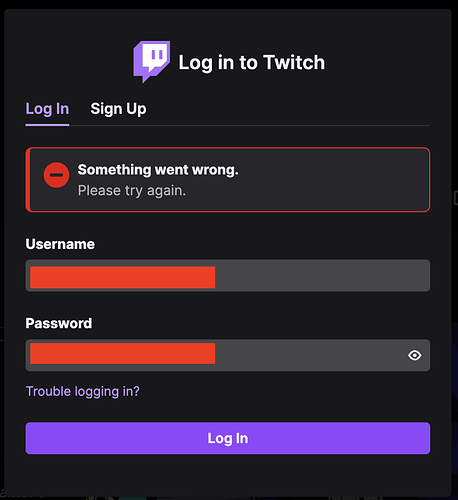 I have posted the details of my issues with this problem below. If there’s any troubleshooting you would like me to do on my end free to message!

Opera has said it’s issued a fix to its users

Thank you all for reporting. I am inclined to believe that, as @UltraViolet said, this is a Twitch issue rather than a Brave issue. That being said, I’m still able to user Twitch.tv and all of it’s functions (login, viewing streams, using chat, following, etc) without any issue in Brave, which I can’t fully explain.

Doing some more digging now and asking the team to see what I can find. Appreciate everyone’s patience here.

what is the difference between this version and the usual one?

Hello @sampson,
I’ve been struggling with this problem for a week, but it was just resolved. First, I followed your suggestion and logged into a guest window and it worked. Then I went to my main profile and disabled every extension installed and cleared my cookies. Twitch then allowed me to login. I have cleared my cookies before with no change, so I’m guessing it was related to extensions. Since the initial login I have been able to re-log with all of my extensions enable.

If this is an extension related issue, the only extension I have that would directly affect twitch is FFZ

Note: I had to edit this comment. I ran out of replies as a new user.