Hello, something weird just happened. The ads in the last hour increased my counter by only 0.002 - 0.003 BAT. Is someone else going through the same thing, is it a new policy or something?

Thy slashed ad revenue by 90% over night

I will continue using the browser until the 5th of May to not lose what I had already accumulated, but after that date I will uninstall because I have no profit in using the brave, I am neither beggar nor cattle of the brave.

That why you’re waiting until the 5h? Seriously you’re speaking for yourself, I disabled as soon as I discovered the 90% reduction, the ads are simpley not worth the annoyance 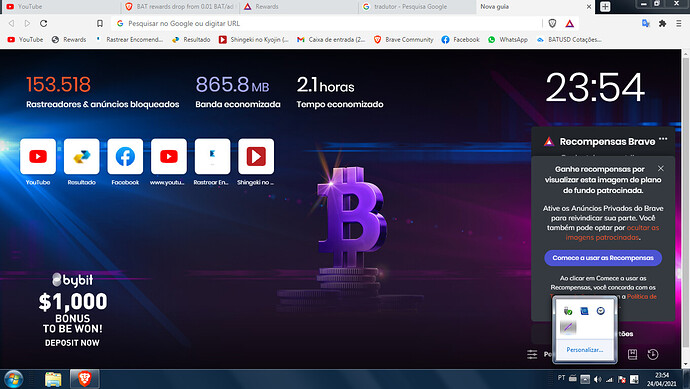 And they were annoying and repetitive, not at all relevant, I have no interest in signing up for 50 different crypto exchanges FYI Brave

keep giving developers money while they laugh at you and run ads forcefully, with no rewarding returns, and the worst thank the developers happy as a livestock on the way to slaughter

Also if I seem salting about this rest assured it’s not because of couple of dollars a month, I “had” invested thousands of dollars in BAT which doesn’t have a feasible usecase anymore

I’m tired of arguing with cattle that defend the butcher

Ah…yes. Brave has decreased earnings. Check this out: