Chasing other problems I think may have to do with Malware, I came across with this. It may very well be absolutely normal (hope so) but asking doesn’t hurt.
.
When going to C:\Users—\AppData\Local\BraveSoftware\Brave-Browser\User Data I find several folders with descriptive names, but several others with names like:
oemmndcbldboiebfnladdacbdfmadadm
cffkpbalmllkdoenhmdmpbkajipdjfam

and so forth. There are actually five such folders.
Are those normal folders, generated and named randomly by Brave, or should I worry some malware is doing its magic?
Thanks!

@patriciomurphy,
Thanks for reaching out to us!
Nothing to worry about here! These folders are generally associated with browser extensions – you can see similar file naming conventions used in Chrome and other browsers as well: 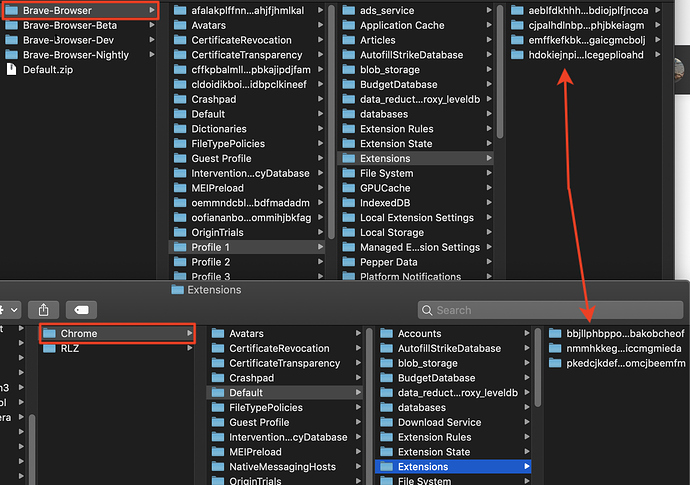 Thanks for your quick reply! I thought that might be the case, just wanted to make sure. I’ll direct my malware search elsewhere