Hi, I sent my ad earnings from the month to myself through my verified YouTube account. I have done this multiple times, but this time, my tokens were locked up as “suspicious”, most likely due to poorly programmed protocols. There were 232 tokens that I had to self-tip 10 at a time through the banner because no one has added an “other” option to the tip banner. It would be my guess that the limitations you placed on donations in accordance with your safety protocols have gotten me locked out of my out tokens, which in other words, you’ve wasted my time, time that I had to spend to generate the tokens from viewing ads, only to spend extra time to get them unlocked, because they were locked due to poorly thought out tipping and safety mechanisms.

I would guess the safety mechanisms flag any transactions when they come in back to back in high volume, and you are going to tell me that not a single individual thought about the process in which someone would have to self tip more than 100 tokens?

Would love to hear why these systems are set up in this way, and I would really love to hear how soon my tokens will be unlocked so that I don’t keep wasting more of my time which is worth more than my tokens. So much for valuing user attention when your own systems ends up making that same user waste more time than the value being assigned. You should probably get your developers to add another tip option and re-write the safety protocols to not flag transactions from known PCs or user credentials that match the account.

Better yet, set up a simple and easy self-tipping withdraw option that pulls the entire value from the current web wallet straight to our Uphold accounts so that we don’t have to waste so many hours tipping in blocks of 10 (on a system that usually fails to send the tip anyway - meaning retrying over and over again until it does work).

But that’s just an idea for a solution to fix clearly defined problems in which I know I am not the only user wasting my time.

Just so you know, I had been doing the same thing for nearly a year and I also was not paid out … Its possible its been two months now Im honestly not completely sure, so much other stuff going on. But yeah, countless emails sent - 1 replied to, no follow up email after that. Super disappointing. 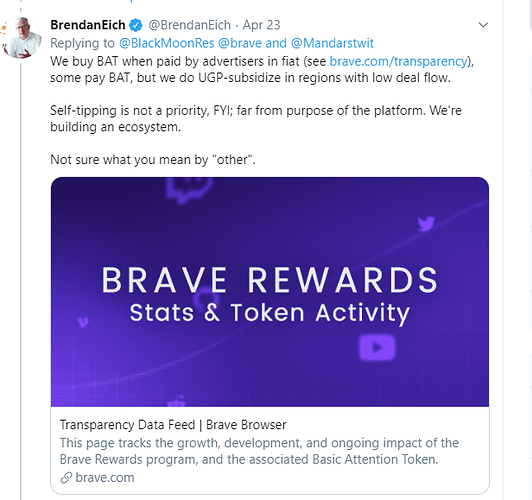 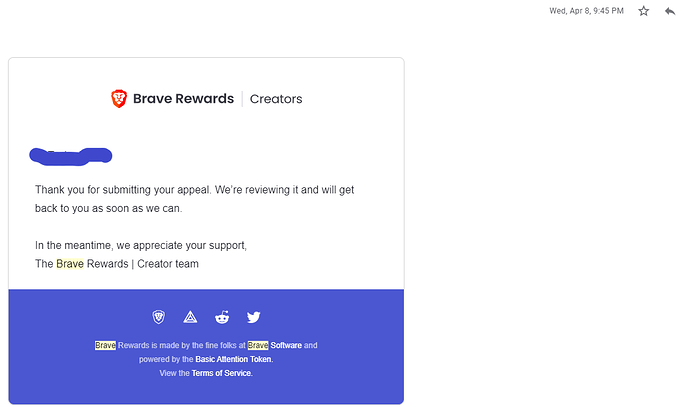 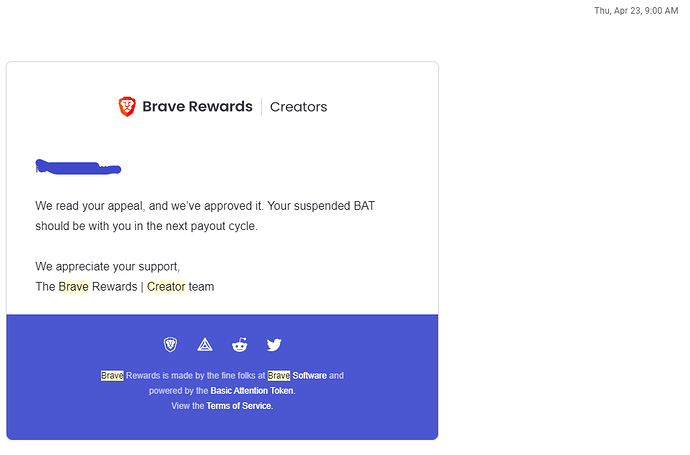 Well, after my initial posting, my issue was resolved within an hour and Brenden Eich himself reached out to me on Twitter to address my problems. My appeal was pushed through and the payout process began. However, after wasting a month of my time, the system has failed to do what it’s supposed to and the Brave Creators team has failed to resolve a simple issue. Furthermore, they have chosen to backtrack on whether or not individuals are able to self-tip essentially telling users how to spend the value of their attention based on what they believe their system should be used.

After this less than necessary sh1t show, I will be dumping all the BAT in my clients accounts and will begin recommending that individuals do not support the project. After that, I’ll be moving back to Google Chrome because I would rather use a platform that doesn’t pay me anything than use a platform that tells you how you can spend the value of your attention. Short-sighted developers who are more worried about people using their product instead of allowing the market and the individuals within it to choose to spend their own attention.

Really sad to see the project turn in this direction due to the developers and team behind it. A good project that will lose popularity over time because the team is more concerned with doing what they want as opposed to allowing the market to freely decide the best use-cases that generate the most traffic and MAU’s.

This topic was automatically closed after 44 hours. New replies are no longer allowed.