Rewards are not update even after viewing the ads

I think something is wrong with the catalog

I can also confirm the same, Received more adds than the shown one and not being rewarded for the one that do come.

I got same Issue here bat reward points not added

I have the same problem.

Same problem, not only that I lost 1 bat on both pc and my mobile.

I have noticed that starting yesterday when I view sponsored images or get adds my estimated rewards counter does not increment right away but it does “catch up” later in the day. Is it possible they made a change to prevent people from farming the sponsored images? I noticed this behavior on both of my desktops and my mobile.

Seriously there’s some issue with brave servers, i guess. Because i’ve seen 3 ads through notification, but the Ad counter and BAT counter are at the same point. When clicked on the Total monthly Ads counter, those ads are shown in the list, but they are not counted.
I’m from India.

From Morning, my Ad counter and Reward Counter has been at the same place. 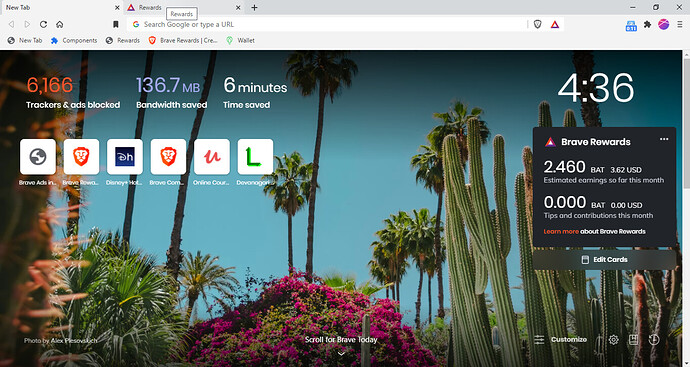 21364×726 310 KB
And since morning, i’ve clicked and viewed these ads, but the Ad counter and Reward Counter has not even moved. 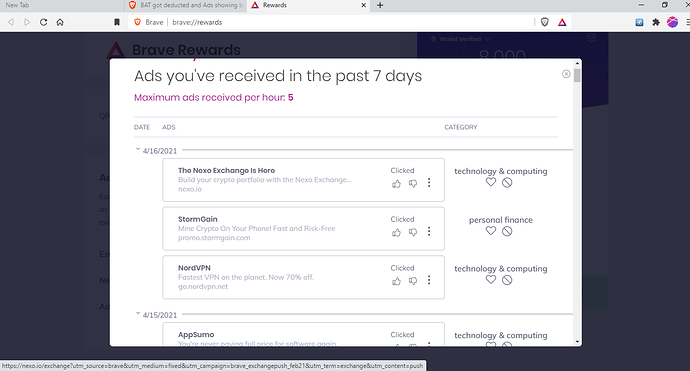 Well, it started with me as well, Have seen/clicked many ads still none of them counted in the rewards, some things wrong?

The ads in the catalog seemed stucked

Same for me, but worse. It’s been 6 weeks of seeing ads, yet "ads recieved’ counter remains at 0. Old bat remains stuck and stopped transferring to uphold as well. I’ve got a support DM out, patiently hoping for a resolution soon.

Same problem here, still getting ads but ad counts and estimated rewards are the same. Please fix this soon.

Thanks all for reporting and for the update. This is a known issue that is actively being addressed by the Ads Payment team. The issue has been contained and we expect a full resolution for it shortly. Closing this thread for now. If we need any additional information from users I will be sure to reach out. Thank you again for your patience as we work to fully sort this out!