Hi,
I’m the original poster on this thread. I just wanted to thank the Brave team members who posted and clarified my concerns. I’m glad to hear about Brave’s commitment to avoiding censorship. Thanks for all the work you’re doing.

Do you remember the “Brave thread” in /pol/? It was epic XD

Know your audience. Regular People like me who are interested in alternatives for the average person (needing access to information that hasn’t been suppressed) who has been oppressed by elaborate technocrat systems like Goolag.

I’ve avoided posting in this topic… but after Mattches reposted the Brave staff links in this topic, I thought it was significant to point out the following. The bolded text in the quote is mine.

How you can Help!

If you would like to help us make sure more properties are indexed (such as Rumble, Locals, etc.), please consider opting-in to the Web Discovery Project . It’s our best hope in competing with Google and Bing (the source of DuckDuckGo’s search results).

Anytime you see results that raise an eyebrow, or give you cause for concern, please do let us know. While we are not (and will not be) injecting bias into our results, there may be ways that we can improve our discovery/indexing/crawling process to result in a better, more replete view of the Web.

Having feedback options right on the search results page is a plus for me. I actually haven’t posted feedback about “politically skewed search results” but you could especially while what you consider an issue is slapping you in the face.

Where do you opt in? I couldn’t find it in the settings

Focus on the Family is automatically labeled as a “fundamentalist” organization.

What exactly is your point? That is essentially how they define themselves (fundamentalist /evangelical). Not sure what church you bring to,
but i don’t know many that would view being called fundamentalist christian as a negative. Mine certainly wouldn’t (interdenominational Christian). That’s not bias. It is a true statement, yhat they themselves embrace. Stop acting like a prog and looking for reasons to be offended.

Brave search is currently comparatively very small and limited. To get the results you think it should have it will take far mire, not less users interacting and guiding it. It is in early stages of Beta, you should not except it to give you the results you expect. And i would note, it does offer to link to results in Google, bing or Mojeek after the first 20 (most popular) results it finds. Remember our society (like it or not) is short attention span, lacking critical thinking and reasonung and views everything as a popularity vote. Most people live in a echo chamber and bribery their own opinion is the most popular. The results you find on any organic search engine will tend to skew towards what is most popular. “CONSERVATIVE” search engines are the ones that sushi are practicing suppression and censorship in a midguided attempt to promote results they view as being suppressed by other search engines.

As you (and others) claim brave is left biased fo some resrarch into how brave came to be.

On March 24, 2014, Eich was promoted to CEO of Mozilla Corporation.His appointment sparked controversy over a $1,000 political donation Eich had made in 2008 to the successful campaign for California Proposition 8, which sought to establish that, "Only marriage between a man and a woman is valid or recognized in California."This was criticized by gay rights activists on Twitter.In the ensuing public debate, OKCupid and two gay application developers called for a boycott of the company.Others at the Mozilla Corporation spoke out on their blogs in his favor.Board members wanted him to stay in the company with a different role.
On April 3, 2014, Eich stepped down as CEO and resigned from working at Mozilla.In his personal blog, Eich posted that “under the present circumstances, I cannot be an effective leader.”

Following Eich’s resignation, the National Organization for Marriage called for its own boycott of Mozilla, due to “gay activists who have forced him out of the company he has helped lead for years”.

Focus on the Family does not define themselves as Fundamentalist. They’re a Moderate company. Just because a company is “Christian” doesn’t mean they abide by fake news terms like “evangelical” or “fundamentalist”.

The whole point of my post is to maintain founder Eich’s original vision. Otherwise its just another Goolag.

First of all. Not a company. Second, read their about page, they refer to themselves as “Evangelical Christian”. Ill concede there may be some slight differences between the two, but they are very similar in meaning. But again as you are searching for a reason to be offended (just like a progressive) you don’t even know the history behind what you want to find offence in. Maybe we should tear down some more statues?

The story of how Brave came to be fits within their own values.

I understand that you’re paid to attack strategy rather than issues. The founder had a specific problem with the LGBT impact on our culture and so do I. Calling yourself a Christian and attacking my comments is something I’m very used to so I don’t know why you’re even trying. You’re not going to get anywhere.

Since it’s probably TLDR for you, from Focus on the family’s own web page (not msm)

The Preeminence of Evangelism

We believe the ultimate purpose of life is to know and glorify God and to attain eternal life through Jesus Christ our Lord, beginning within our own families and then reaching out to a suffering humanity that needs to embrace His love and sacrifice.

The Statement of Faith does not exhaust the extent of our beliefs. The Bible itself, as the inspired and infallible Word of God that speaks with final authority concerning truth, morality, and the proper conduct of mankind, is the sole and final source of all that we believe. For purposes of Focus’ faith, doctrine, practice, policy, and discipline, our Board of Directors is Focus’ final interpretive authority on the Bible’s meaning and application.

That statement of faith fits with the dictionary definition of fundamentalist.

None of the comments you made have to do with my points about the basic direction that Brave should take. My hope is that attention is brought to the subject. Attacking me is not going to get you anywhere except more eyes for my topic. You’re not very effective.

TLDR because you are incapable of being succinct. Where does Focus on the Family call themselves the pejorative term “fundamentalist”?

Anyone interested in what is being referred to when it comes to why Brave was created can read this article: 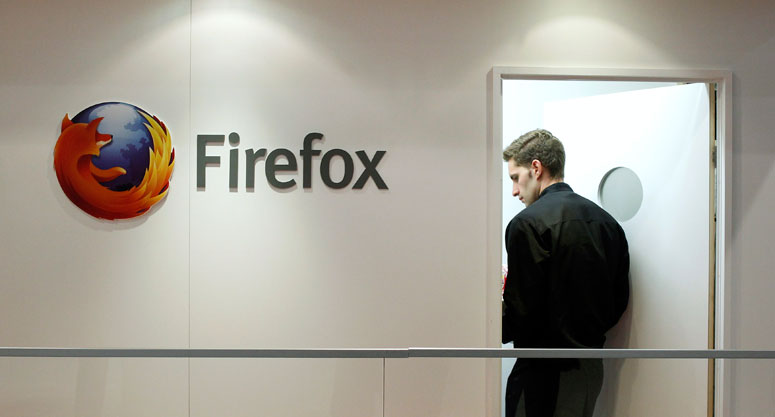 After less than a month on the job, Brendan Eich has stepped down as CEO of Mozilla, the company he co-founded, amid a firestorm of criticism he s received for making a 2008 donation to support a ...

This conversation is devolving quickly and I’m tempted to close the thread. However, I do want to point out that we just released the “Goggles” beta, which may be of interest to everyone here worried about results being “skewed”:

We’re celebrating this anniversary by releasing the long-awaited Goggles (beta) to all Search users. Goggles gives you the power to search without limits. It allows you to choose, alter, or extend the ranking of Brave Search results. To get started with the Goggles beta, simply conduct a search at search.brave.com and click the Goggles tab on the results page. Anybody can make Goggles, use ones created by others, and see the source code for already …

I tried the Goggle for Right Leaning News today. The first page had the La Times, notoriously far Left. Right leaning sources are not usually mainstream. The rest of the sources on the topic I searched (Roe vs Wade) were
Fox News (Moderate)
Telegraph (Left)
NY Post (Moderate)
MSNBC (Moderate-Left)

Independent news sources like Gateway Pundit, OAN, Todd Starnes News, Christian Post, PJ Media, Townhall, The Federalist, ect., did not appear. One problem Conservatives have is having to access Twitter or Google search for news.

Have you reied 4Search.com? It’s a conservative leaning newsfeed and a search engine… Is there a way to insert that kind of results in Brave Search?

@Cookie23,
Sources that are right/left leaning are determined using a 3rd party resource which you can see in the Goggle itself. The resource in this case being https://www.allsides.com/media-bias.

You’re also welcome to create your own Goggle, using your own favorite/desired sources.

Yea. Under goggles right leaning you find such right wing outlets as CNN, NBC… As I am German, the German right leaning goggles are like the wild west. It shows all the state propaganda Outlets like Spiegel, Bild, ARD, ZDF and nothing else.

I guess this is still a work in progress. Because all of those are fairly left leaning.
The issue is 95% of mainstream media is on the left.

I found a great app called MxM media that gives you right wing news from America. I am not a tech person so I am thinking of hiring someone to make a goggle for me.