Hi My publisher account got suspended. by saying its under review… can someone help me with this

can someone help me with this

Not really. You need to follow instructions that were given to you in your suspension notice

There seem to be a lot of people getting suspended. Surely not all of them have violated the rules. If they can’t even get the payment system working correctly It’s difficult for me to believe they have the ‘fraud’ detection system working reasonably.

There seem to be a lot of people getting suspended

Not on Creators, that’s not been as big of an issue. There were a lot of normal Rewards accounts being suspended though. Some of that is system error as you mention, but there’s been a lot of people attempting to do dumb stuff. If you need examples:

It’s out there and floating around. The average User won’t be aware of some of this BS because it’s not always easy to find and it’s not something we have to deal with on a regular. However, it’s something Brave is having to watch as more Users join and there are those who are trying to scam the company and get as much money as they can.

Now, discovering creators that violate rules, first shouldn’t mean Brave should suspend those accounts without a warning - and even without telling them what rules they violate. Second, we see suspensions en masse out of nowhere. This can only happen like this: you filter with very strict criteria all creator accounts, in a manner you will get a large part of them to get suspended, without any real investigation taking place. Then you force them to waste time wondering what they have done wrong - despite they may haven’t done anything wrong, but they just happen to fit to your criteria - and this way you only have to pay half the rewards for the month. Then you get them to send you a message that you will respond after weeks, and there you have it! You now have saved yourself two months of creator payouts. Maybe three.

At least Celcius did admit they couldn’t do payouts and suspended all withdrawals. They didn’t suspend some accounts for allegedly violating terms. Similarly, the Brave team should admit that they were hit hard with the Apple ban, lost all advertisers, and they cannot pay any creator earnings, rather than accusing creators.

Despite their alleged new partnerships, the boat is sinking.

while you thought he was talking about User Rewards - all your examples were referring to users.

You may want to read thoroughly before telling people they were wrong. Let me quote myself here:

Not on Creators, that’s not been as big of an issue. There were a lot of normal Rewards accounts being suspended though.

Yeah, you see me address Creators there, right?

Now, discovering creators that violate rules, first shouldn’t mean Brave should suspend those accounts without a warning - and even without telling them what rules they violate.

All the rest of this is your opinion. Go share it in Feedback if you want.

When it comes to using Brave, especially for Creators, people agree to rules when signing up and have details and consequences provided in writing. Just because people don’t pay attention doesn’t mean much.

Actually, in the quoted sentence, you admit your examples are off-topic (‘Not on creators’). Thanks for pointing that out.

You are the dumb one 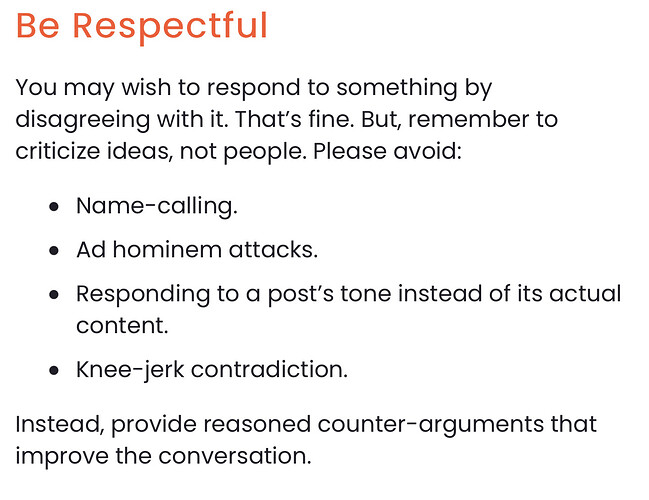 to think that editing a screenshot would result in a suspension

When people do it and then submit as if it’s real, trying to get Brave to pay them for what the edit says, it can. That’s like if you tried to cash a fake check or used a fake bill for purchase, you can get in trouble. It’s fraud.

Yours was without your name and used as an example, but there are people that have legitimately tried that crap.