I just started to use Plex and there’s a really strange thing with it. In the main page, they state that the Chromecast only works from Chrome. Is this really the case, or is there maybe any workaround for Brave to be able to use Chromecast? Usually Chromecast works fine from my Brave, only Plex not working. Tested it also with Chrome too and it was working there.

So i just like to ask if its really a hardblocked thing or there’s any setting or such i can try playing around with that might make it work? I really do not want to use chrome just for this.

Thanks for the help!

@StarfoxHUN umm…you’ve got me a bit confused here. I just tested and it casts just fine. 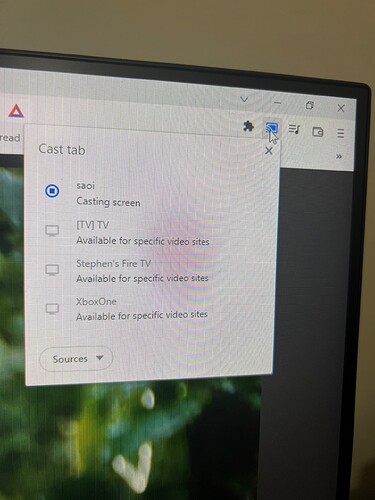 Hi! Thanks for the help.

What I’m trying to use is Plex’s in-built chromecast feature from Brave and not simply tab casting, which is i believe what you are doing in your picture.

Doesn’t seem to be such a thing. I just opened it up in Chrome and I don’t have the little Cast button that shows up in most places. Can only go through the browser settings and then cast. Same for both my Android and my Windows 10 Pro PC.

The only option is to “cast tab” or so. It even tells you this on their official support thing at Plex. https://support.plex.tv/articles/201206866-cast-from-browser-or-desktop/

And yes, I just toyed with this for quite some time to see if there were other options, but there isn’t. It’s not like how YouTube and others do it where there’s the Cast icon in the media player.

It definitely is a thing, the button is there for me both in Brave and Chrome, but in Chrome it finds the compatible devices and in Brave it does not. (I even used it from Chrome and worked fine) (Sry for my plex not being English, i hope you see what i mean in the picture like this too)

I’m going to have to look into things a bit more as it’s weird that it doesn’t show up for me on Chrome or Brave. 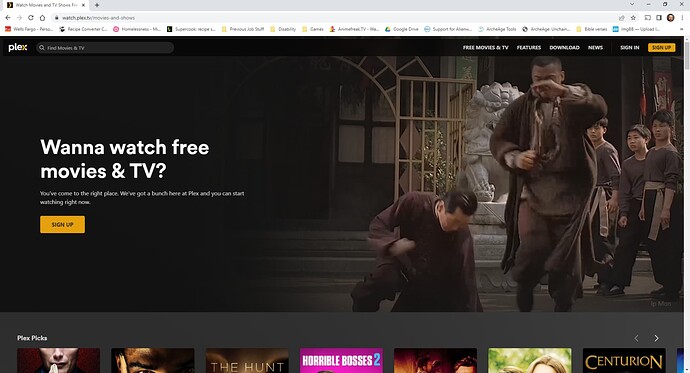 But one possible difference is I see you’re signed in, whereas I didn’t create an account. I might have to do it and see if that’s the missing piece to the puzzle.

Also might have to make sure, the link I went to is such as https://watch.plex.tv/movies-and-shows

Plex is running from my local computer as i use it as a media server to send media from my PC to TV, the URL is just an IP in my case. It works this way if you install Plex Media Server to your PC.