Only every second Ad counts

After not receiving Ads for a longer time now I’ve got some Ads again. But if I compare the Ads shown in my Windows 10 notification center with the Ads counted in my Brave browser there is a mismatch of the factor 2. This means, I see half the Ads in my Browser counted than Ads I received. Until now I received eight Ads today but my Brave shows only four. That’s strange.

For example here you see what my browser tells me: 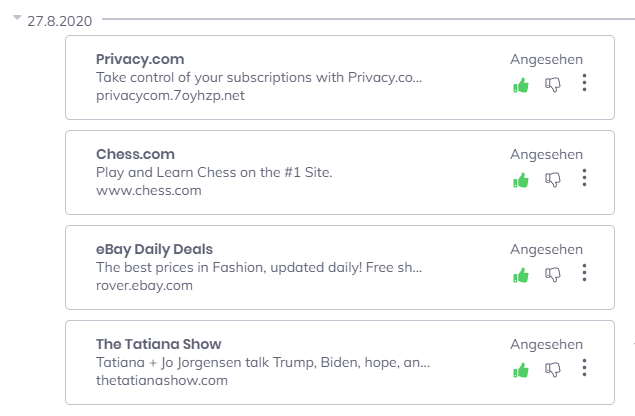 And here are the last two Ads I’ve got shown by my notification center: 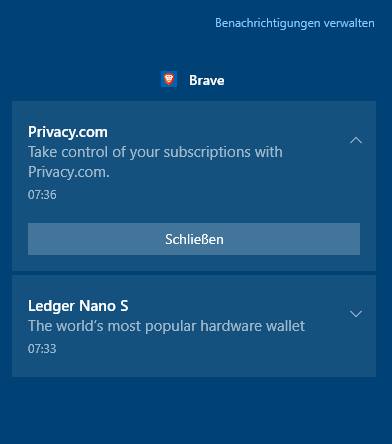 So for example the Ad “Ledger Nano S” has not been counted by Brave.

I lost many BATs until today due to various bugs in the reward system.

I use two PCs with Brave browser on each installed and connected to Uphold… but every month only the rewards from one browser were transferred to Uphold. Then I didn’t receive Ads for a longer time… now only every second Ad counts… so this is quite annoying.

So after the update to version 1.13.82 the bug is still persistent. From ten Ads in the notification center from today only five were counted by Brave.

@Mattches can you take a look on this thread?

Yea, I do facing the same issue for one of my devices (Mobile device). I observed it yesterday. I was getting paid for only every second ad that I get

I was just getting ads from since 27th of this month BTW.

The last two days around 15 to 20 Ads has not been counted. That’s crazy. I understand that there are actually some problems with the rewards system and the team is working hard to fix them but I lost many BATs now since the problems begun. I hope there will be a fix soon because the rewards system is one of the main reasons to prefer Brave browser. over any other.

Sorry for the inconvenience, @Chezar could you also post a picture of your “Ads” block under “brave://rewards” showing the totals?

@Rohit552 can you please tell me what version of the mobile browser you are using?

Thanks for the response @jsecretan, I’ve attached the version of of my browser here. FYI, I’ve updated the browser in all of my devices to the recent one.

Idk since when I was experiencing it but when I came to this topic, I started observing the change.

Some times, estimated bat gets added automatically and some times I won’t get them at all.

Is there any possibility to track estimated bat are rewarded for which ads??

So that I can easily knows which ads pays and which ads aren’t paying.

here’s a picture of my today’s Ads block from the first browser: 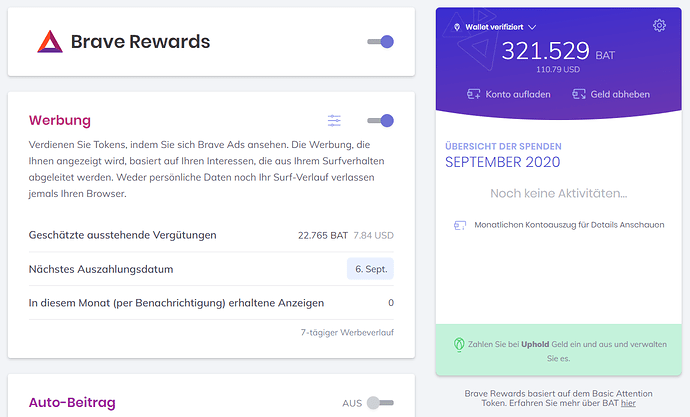 and here from the second one: 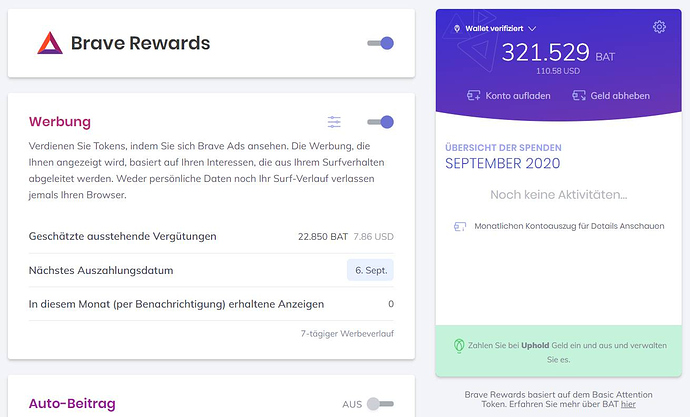 But I don’t know how this will show you the not counted Ads. But it shows the amount of both browsers I would estimate to get rewarded. I’m looking forward to the 6th of September to see how much really will be transferred to Uphold. The last month there was only the amount from one of them transferred… I would say around the half of the whole amount.

Do I make a mistake here or am I misunderstanding the ability to connect more than one browser to Uphold? I additionally have to say, that I made a wallet on one browser and restored it on the other before connecting them both to Uphold. Was this an error?

Here’s another example for a not counted Ad from today. The message center from Windows 10 shows me the “Amazon Fresh” Ad but as you can see in Brave this Ad again has not been counted: 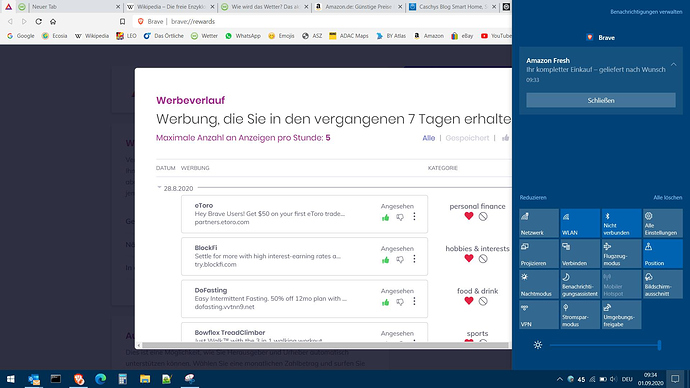 yea, i do facing for my mobile browser 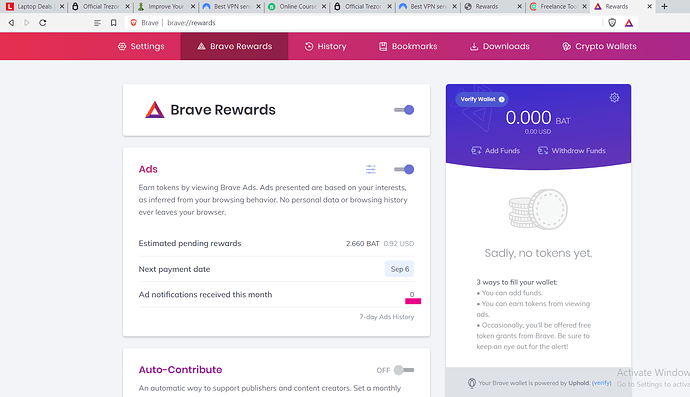 but today I got almost 10+ and are listed here but I didn’t get paid for at least one ad.
Same is happening for my mobile browsers. 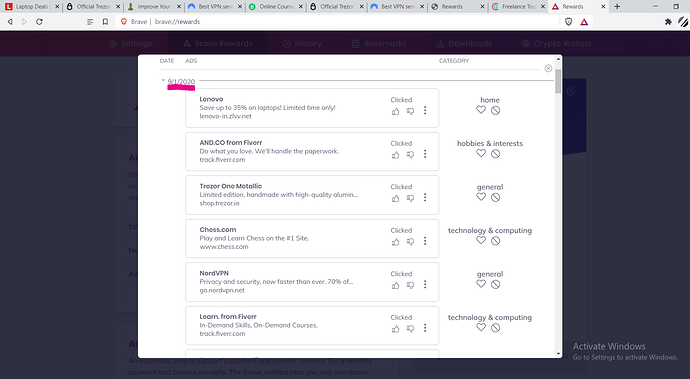 As I mentioned that i got more 10+ ads since morning. but i can see few of them in the list in the second image.

Wow… 2 Browsers with around 22 BATs pending and I received only 8 BAT this month.

A few month earlier I get much more BAT from both browsers but now since month only one browsers rewards were transferred to Uphold. The other ones are lost month for month now… today I’m using brave since hours and get not a single Ad again… sorry guys, but it seems that the reward system is broke as f**k.

Chill dude. The process of payout is still in progress. Wait till ends then you can claim what you didn’t get.

However after months of problems with the rewards system and many lost BAT I lost some faith in the reward system. But for now the estimated reward counter has not been resetted to zero on both PCs so there’s hope for still getting the estimated BATs rewarded. Hope dies last

@Chezar Do you use Tor windows in Brave as we have identified an issue where some ad notifications are not working as expected, i.e. you can click to open the ad or not rewarded for the ad.

The issue has been resolved with https://github.com/brave/brave-core/pull/6418 with internal discussions to uplift to other build channels. Thanks

@tmancey: No, I did not use Tor windows in Brave - only the normal ones. But for now the problem seems to be fixed… now every Ad I received has been counted correctly again.

This is great news. If you experience any other issues please feel free to reach out to me. Thanks, Terry

Thanks for your support.