On the android app, there is only the option to have google as the default search engine.

Can you elaborate more @Jalapeno? I’m able to set other SE as default. 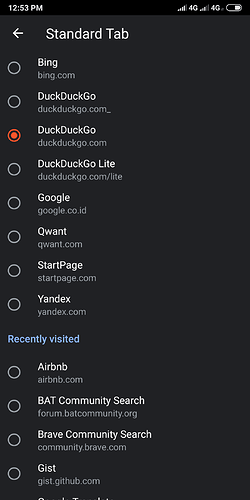 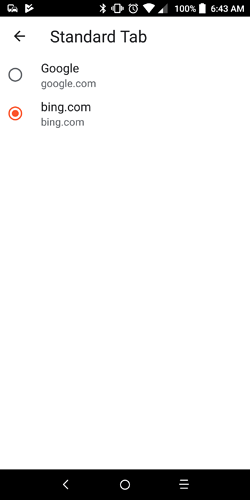 @eljuno I don’t know if this is how it is designed, but another search engine popped up only after I used it.

@Jalapeno what is your Brave version? Did you install it from Play Store? 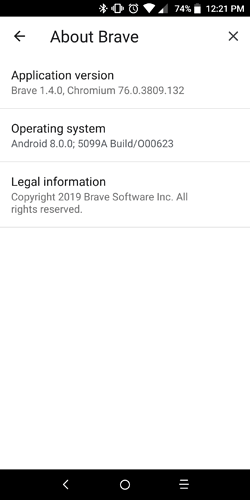 @eljuno Yeah, I did install from the play store.

@Jalapeno did it happens recently after update? Or since you install Brave? It should have other SE listed there.

@eljuno It was like that since installation. I will uninstall and reinstall to see if that fixes it.

@eljuno What do you know?! All is good now. Annoying how sometimes things just don’t work and that’s all it takes.

Some things I noticed during the uninstall and reinstall process:
1.)there is no way to import passwords on mobile.
2.)The sync feature doesn’t recognize the same device, had to remove duplicate from the sync chain.
3.)No way to backup/secure pending brave rewards.