Well this question need to be asked. I start using Brave on January and like many of you did not get my rewards that just vanished after it was said that payout is coming, then today like many of you have received only less of half of my February rewards. So does Brave make us watch ads of their partner to then keep the rewards for themselves and tell us some bs?

My Estimated February 2022 rewards were 52 BAT's and I am getting only 0.9 BAT !. Are you guys kidding me? Brave Rewards

[image] What the hell is wrong with brave ??? Seriously there is a difference of damn 51Bats !!! in the “Eestimated earnings” and the “actual payment in process”. The rest ‘51 BATS’ have been transferred to the ‘March Estimated earnings’ , I really don’t undersatand what is happening here ? This is completely unacceptable Brave Team. I want an answer ASAP!

Brave you own us some explanations because you are keeping what we earn without telling why and what’s going on. 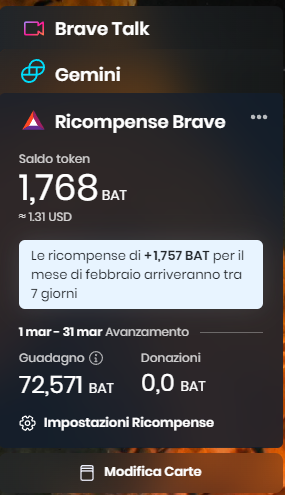