I am not able to installed extensions with Brave.
I receive “An error has occured” Access denied.

Same thing happened when I tried to import extensions from Chrome?

To start with, that is an old-ish version of Brave. How’d you install it?

If not using these instructions, then I recommend removing it and doing this: https://www.brave.com/linux

Interesting. When these problems first started I used the same instructions you posted to install Brave. The installed version in Mate is 1.23.71.

Must be something to do with Mate.

I have an older version out of necessity. Using an old Macbook Air running Yosemite and I’m unable to update. 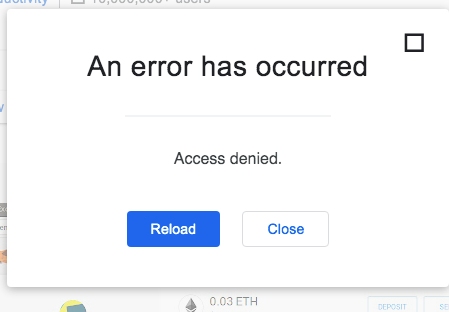 Just curious, what’s the reason you cannot update? Is it not supported, or, does it throw an error or something?

I’m not able to run the most recent version of Brave on this device do to it being End of Life.

Says who? I’m not necessarily disagreeing, just wondering where the ‘blocker’ is – is the Brave app not allowing updates, or is the OS throwing an error when you try?

the OS - I have a white circle crossing out the application not allowing me to run it.