Incorrect amounts being paid again without balance reflecting the difference

I’ve seen the post you guy’s made earlier about the two issues with payments this month. There is however another issue and that is the payment of incorrect amounts.

I’m aware that there were, and in many cases there still are, issues where the full balance does not get paid every month. I also had this but when this happened the portion that was not paid would be returned to the balance.

So the overall balance was still correct, the problem was just that not everything was paid out. I had this issue as well but this was sorted out over the past two moths.

Today however I had a new and different issue in that I was short paid without the difference being returned to the balance.

The difference of 0.562 between the expected payment and the actual payment seems to have disappeared. Pretty sure others would have experienced the same.

Note: The total balance shown in both screenshots are 95.50. It was 88.75 before receiving the 6.75. I took the screenshots after I received the rewards. 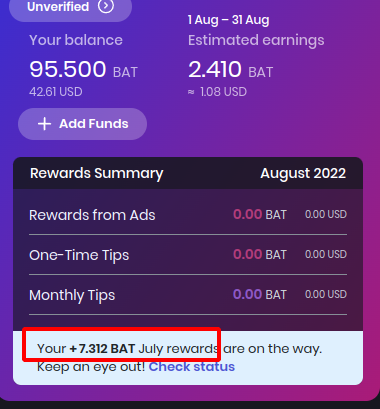 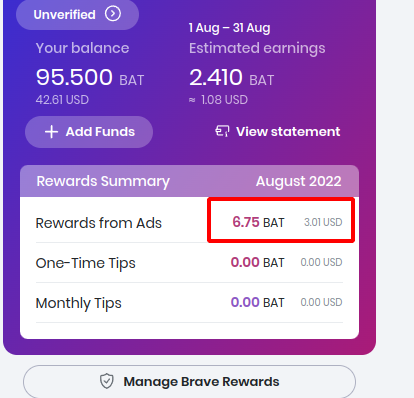 Thanks @RustyNomad for writing in. Can you DM me your device payment ID and your Brave version and OS? Thank you.

For Unverified wallets they round the “expected” number to a multiple of 0.25.

Sometimes it round up to higher values, sometimes to lower.

Sincerely, the logic behind it is never clear to me.