I got suspended, from Brave Creator… what should I do?

Follow the instructions that were given to you when you got notice of your suspension. Nobody here can help you. You’ll need to email them as it tells you to do

As if they respond in a timely manner when you e-mail them… We are yet to hear back from them, after a week we have e-mailed them. Brave Creator Support (and probably Brave Support in general) is a joke. And a bad one…

They do. The issue is your expectations. For example, what’s a timely manner for you? I’ve been waiting for two months for Reddit to help me get my account back after it was hacked. I still can access the account but the email and password has changed. On occasion it’s being used to comment in places and upvote people.

Brave isn’t profiting enough to have a large team and they process quite a bit. When they receive your email or ticket, it can take time to get to it. Then one they see it, can take a while to investigate. Usually if you’ve done no wrong, it doesn’t take long. If they see you did violate, you’re a low priority and they aren’t going to tell you how they caught you. I mean, why reveal their security system? If they did that, others would try to avoid it.

I think a week is enough time for them to respond. The fact that there are some shops out there with practically inexistent support, doesn’t mean really anything. If they couldn’t handle all those support requests, they shouldn’t have initiated that massive ban campaign.

they shouldn’t have initiated that massive ban campaign.

Pulling stuff out of nowhere are you? What massive ban campaign? There’s been no such thing, especially if you’re still talking about Creators.

And as to other issues, here’s even Ebay that recently banned someone. They don’t give reasons either. Heck, you see person tried going straight to argument even with the little information they were given. 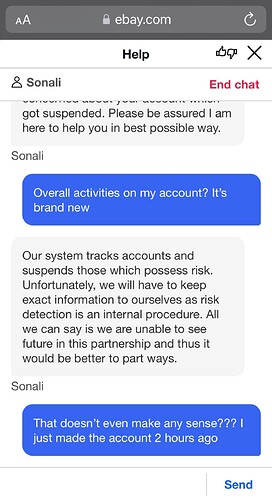 When you see 5 creators being banned in just two days complaining on there, there are hundreds out there who a) have not taken their issue to the forum, and b) haven’t realized they got banned - Brave doesn’t take the slightest effort to even let creators know they got banned, until they find out themselves when they log in to their creator account (which is lame in itself, but let’s leave that aside). I have never seen 5 people complaining for banned accounts in such a short period of time. This means there was some kind of a campaign from Brave to ban creator accounts en masse.

When you see 5 creators being banned in just two days complaining on there,

Then you see 5. That’s it. Everything else is an assumption by you. You know what they say about making assumptions, right?

You can’t answer any of those, can you? Truth is you’re just wanting to complain and perhaps start arguments. Neither of those will help you in getting your issue resolved. Send the email, DM staff here, and be patient.

Btw, I’ll give you an old hint for Question #1 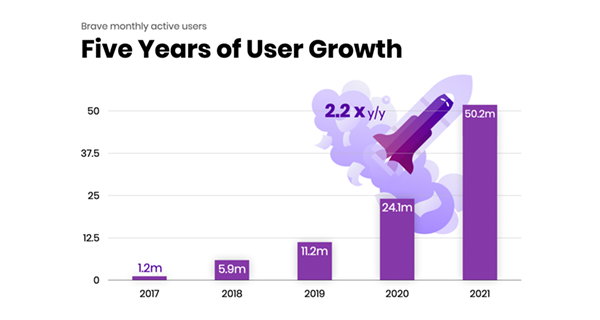 Take your 5 people here or your assumed hundreds and compare it to over 1 million users. Thats NOWHERE near “massive”

I get it… You are here to defend Brave, but please try to use arguments that make sense.

For the past 2 years, I might have seen 1 such complaint in total. And all of a sudden, you get 5 in just a few days

That means you’ve opened and read only 42 Topics on Brave Community in over two years. Meaning you’ve not been here often.

It’s not about “defending Brave” because I cut them down all the time, especially when they make mistakes.

What I’m getting at here is that you’ve said a lot of things incorrectly and you’re making a lot of assumptions in it.

I watch what Users talk about on Reddit, Twitter, Brave Community, Discord, etc. As someone who doesn’t get paid, I spend way too much time on a lot of things related to Brave. Yet it’s because of that time and effort I put into things that I’m able to tell you that there’s not been any mass ban of accounts. There’s been issues regarding Uphold and Gemini, but that’s whole other monster.

There is always the newsletter, that lists all topics brought up - you seem to forget about that. The fact that I log in and comment on issues of my interest, doesn’t mean I am not aware of what is happening.

I wouldn’t say he is here defending Brave, but rather pointing out some common sense and also posing legitimate questions to you that you are unable to answer.

I am not attacking you. I agree with Saoiray that you are making some assumptions. Unless you have irrefutable hard proof of a massive ban campaign, it is a baseless assumption.

Let’s talk about ‘irrefutable hard proof’. Who could have such proof, unless he or she was a Brave employee? Nobody. So as much I do not have irrefutable hard proof that there is a campaign running, you equally do not have such proof for the opposite. Your assumption is equally baseless as mine - or at least mine has some evidence based n irregularity of events. My aim was to at least have someone from the Brave team denying those assumptions, but they don’t give a dime about ‘the community’.

AT least you admit your assumption is baseless. Thank you.

I said I don’t work for Brave Software, so i can have irrefutable evidence, but I do have a number of events (at least 5 known incidents within days) that are not something we have seen before. Add to that the time required to review messages sent by affected users - it’s now over than a week - and the fact that the restriction was not somehow justified, and there you have enough indications showing that the number of affected users is much larger than usual, and that those users were selected using criteria that may indicate some kind of a violation, but such indication was anyway weak. You don’t call that exactly baseless. You could call it circumstantial, and I can admit that much.

@sebas9 then try to open a support ticket

Your reply to my device limit error rants in the past were helpful also. Do you also work for a suicide prevention hotline.? Hopefully this person will listen to you as i did. Take a step back, a deep breath and relax.

Now that the device limit has been lifted. My main device is flagged…