How to see total memory used?

how to see total memory?

at default settings,
brave used a lil less mem than chrome
with 1 youtube playing
but had installed ~8 chrome extensions, including ublocko

from mar 2019
brave appears to use .5 less ram at increasing more tabs

Brave Browser has been around for a few years, it became more usable when the company released a new version that was built on Chromium. A few people recommended that I switch to Brave. I tried but never stuck with it. However, with growing...

Why Brave uses so much more memory than Chrome? Desktop Support

I just had Chrome opened with 7 tabs, it was using 700 Mb memory. Brave with only 4 tabs (less than Chrome), was using 1000 Mb memory. For a better comparison, in both browsers I had the same tabs open: facebook, youtube, gmail and so on. I’m a long time Chrome user and decided to try Brave but this worse memory usage disappointed me. It’s not like the reviews said that Braves uses less memory, lies all lies. Maybe you paid the reviewers to say that but it’s misleading. I know I’m not the only o…

if it happens that brave does use less total ram, why is that?
how is it able to use less mem?

r/firefox - I tried Brave for a while, and I wanted to compare RAM usage with 27... 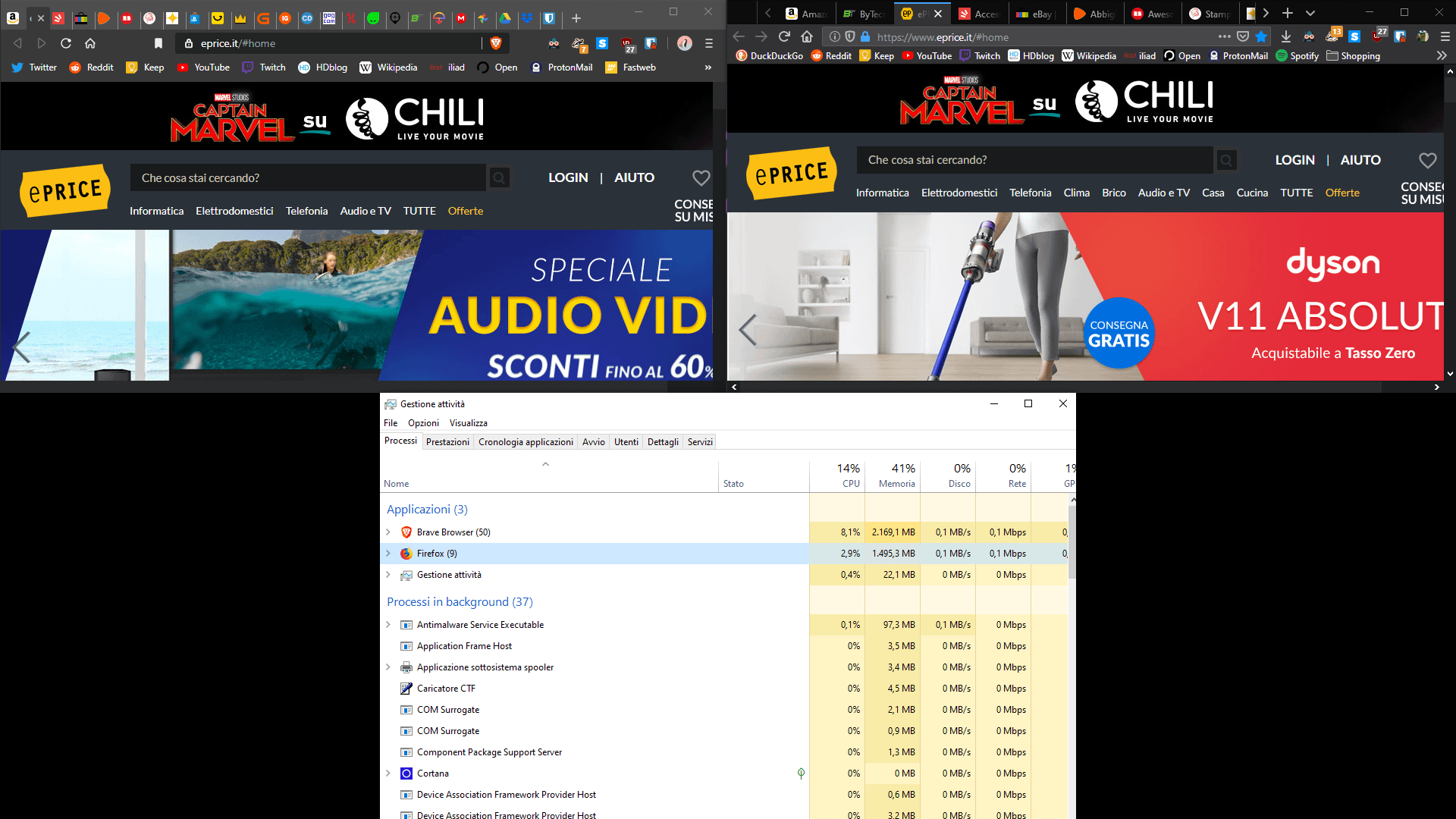 in may 2019
someone claims edge uses more total ram than brave, but all know edge sucks in basically all ways
techcommunity.microsoft. com/t5/discussions/browser-and-gpu-process-are-much-higher-compared-to-brave/m-p/574838

at the end
even if i find out that brave uses less ram with many tabs
couldnt use it since it has the ‘brave reward icon’ but you can hide that, so good
but there’s still this ‘brave shield icon’ that chrome doesnt have
and cant hide/remove that

from oct 2019
this seems to be about total load time

Estimating the slow road not taken - This research was conducted by Dr. Andrius Aucinas, performance researcher at Brave, Moritz Haller, data scientist at Brave, and Dr. Ben Livshits, Brave’s Chief Scientist. We have written before on Brave’s...

have not tested if all chrome extensions i use work on brave, heard that some/many/a few dont
dunno if this problem had been fixed yet

out of curiosity is brave currently able to sync everything on chrome into brave? like all extensions and all info within each chrome extension?

in the end, maybe would check on brave in 1.5 years
cant disable js like in chrome
brave://settings/content/javascript

How to Use Chrome’s Built-In Task Manager

Most operating systems have a built-in task manager or resource monitor that lets you see all active processes and programs running on your computer. The Chrome web browser also has one that helps you end troublesome tabs and extensions.